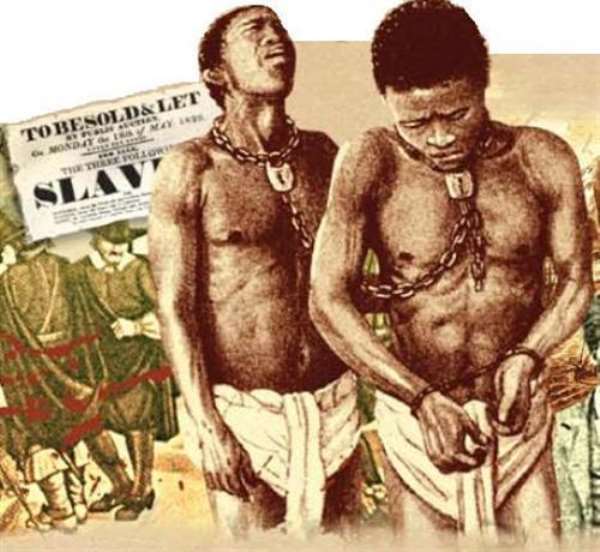 This write-up was sent to me by Ms. Ofosuah Quaynor, I entreat all and sundry to read, every line you read, 'Think of Africa'.

When is a leader a brute? A leader is a brute when he or she destroys and fails to preserve and maintain history, landmarks, institutions, structures and processes that honor the work and sacrifice of previous generations and inspire and benefit future generations. Such brutes are usually in charge of begging bowl banana slave republics. Brutes destroy whatever good they cannot create themselves.

Some begging bowl banana slave republic traits:
1. Politicians and the educated elite choose or feel pressed to send their children to school (especially elementary) outside the country. The younger the children, the greater the level of banana republicanism.

2. More skilled literate professionals choose or feel pressed to work outside the country than within the country.

3. Leaders reward themselves with compensation and retirement packages even though they chose to destroy the economy.

4. Leaders reward themselves with constitutionally guaranteed medical care overseas even though they worked hard to drive out local doctors and specialists.

5. Leaders change their educational system to decrease independent thinking, innovation and abstract reasoning as young people who can think for themselves will oppose them.

6. The leaders boast of remittances from its non-resident citizens and profit from it through bank fees.

7. Leaders love to display their pictures on currency, public square and name streets after themselves even though it is not a monarchy.

8. Leaders try to make it seem they are the first and only great person or achiever their country ever produced.

9. The country chooses to put up extravaganzas such as sports events and concerts to the detriment of local people even though they lack basic infrastructure such as indoor plumbing and libraries.

10. They greet leaders by singing & dancing.
11. Installing oil and gas pipelines are more important than installing water and sewerage pipelines.

12. Will only clean their public places if another foreign dignitary is visiting; otherwise they are content to live in a smelly, dirty place.

13. The citizens of the country, leave their own country dirty to go overseas to work, and look down on the local people they encounter for not being as well educated as they are, forgetting that the locals at least have indoor plumbing.

14. They will dispossess their own citizens of their land to benefit a corporation.

15. They will destroy their historic landmarks and environment so that there will be more sex tourism over historic, cultural and eco-tourism.

16. They think keeping their people impoverished will bring in more aid from poverty pimps.

17. They don't just welcome Peace Corps volunteers and other types of volunteers - they need them critically.

18. They would rather pay Cuba for their doctors to work in their country than pay their own doctors a living wage and provide a good education system for their children to encourage them to stay.

19. Their leaders go overseas for their healthcare needs even though it would have been cheaper to encourage their own citizen doctors to stay in the country and treat them.

20. They have no shame about begging from poverty pimps as funds simply go into driving a fancy car while living without indoor plumbing and malaria.

21. Local people choose to spend more money on funerals rather than scholarships, libraries or basic infrastructure in memory of the deceased.

23. Begging bowl banana slave republic leaders don't know that the measure of a man is how well he takes care of his children. They have no shame about the children of their country going without pencils to write with or clean water and indoor plumbing to prevent guinea worm, cholera & malaria.

24. Begging bowl banana slave republic leaders don't know that just because you don't slaughter your people doesn't mean you are not a war criminal. When the vulnerable die because funds meant to provide indoor plumbing and provide health care are embezzled, those responsible have committed a war crime.

25. Begging bowl banana slave republic leaders think they are sitting pretty because other leaders are called out for killing protestors and embezzling funds meant to help the vulnerable and no one calls them war criminals for the same; they don't know that no one calls them out because they have dismissed them as brutes.

26. Begging bowl banana slave republic leaders believe having a presidential jet is a sign they've arrived even though they do not have indoor plumbing.

30. Begging bowl banana slave republic leaders love hearing BBC media personalities patronize and pity them on television for not having the resources to respond to a disaster even though they are descended from warriors noted for rebellions and protecting women and children.

32. Begging bowl banana slave republic citizens and leaders prefer to export religion, especially their colonizer's religion, rather than technology and other manufactured products.

34. Noble countries are always in control of their own development and destiny and have a future.