Some Thoughts From Gabby On The Election Petition 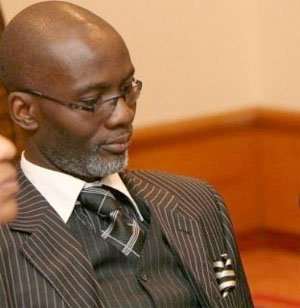 The respondents in Ghana's presidential election petition are, in short, saying, 'Yes, we admit there were irregularities, but, whatever they are, whether over-voting, unknown polling stations or voting without biometric verification, they must be seen as nothing more than clerical, administrative or transpositional errors which must not affect votes cast by Ghanaians.'

A very strange proposition, if I may say. In theory, the touchstone for resolving election difficulties is the 'intent of the voters.' As Alexander Hamilton famously said, 'The people should choose whom they please to govern them.'

But when it is copiously clear from the evidence that violations, malpractices, irregularities, or other election distortions occurred in such large numbers, how then can we ascertain whom the qualified voters chose without exorcising the results from the curse of the invalid votes?

Dare I say, that the very voters whose interests the respondents purport to protect have, in the course of this trial, seen for themselves evidence of these widespread infractions. It could never have been their intention that their votes, validly cast, would be allowed by those tasked to conduct the election to be distorted and devalued by the canker of invalid votes. Let the Supreme Court let only valid votes count!

Mr TsatsuTsikata has been at pains in telling the court that the votes of innocent voters cannot be annulled purely on the errors of a presiding officer. How I wish the voice of those innocent voters could be heard directly! For Mr Tsikata's claim as their spokesperson is of suspect value. For, I believe not that those innocent voters wish for the weight of their votes to be diluted and sullied by illegal or invalid votes.

It is important to note that the declaration on 9 th December, 2012, by the Electoral Commission of John Mahama as winner of the 2012 presidential race was supported by a margin of less than 1 per cent of the total number of votes considered 'valid' cast at the election.  How much of the nearly 4 million votes that the petitioners are asking to be annulled cannot stand whatever legal and evidential tests that the Supreme Court is bound to apply?

Indeed, as has been shown in the analyses of the petitioners' evidence, upholding the claim of the petitioners exclusively with any one of the four main categories (over-voting, voting without biometric verification, absence of presiding officer's signature, and duplicate serial numbers) is enough, per the requirement of Article 63 (3) to, at least, invalidate the election of the 1 st respondent, the President of the Republic.

It is with humility but calculated and grounded confidence that the petitioners in this election petition have submitted that the evidence laid before the Supreme Court is more than sufficient to meet that test which most petitions in Africa failed. Ghana is on the verge of a great victory for democracy in Africa.

The three petitioners (Akufo-Addo, Bawumia and Obetsebi-Lamptey) have brought their evidence before the nine justices in whose bosom the law rests and breathes. They can only trust in the wisdom of the highest court of this land to deliver substantive justice and in line with the weight of evidence before it, and in accordance with the Constitution and the supporting laws of the land.

Yes, we all must share the invitation from counsel for the 1 st respondent to 'Your Lordships to exercise judicial restraint…' [See para. 161 of page 103 of Tony Lithur's address].Except, he did not define objectively the contours of that restraint.

The Supreme Court, per our Constitution, is the final arbiter in presidential election disputes. So in restraining itself, the proper expectation is for the Court to resist from using subjective discretion and rather exercise its powers without fear or favour in applying the laws of the land by restricting itself to the four corners of the Constitution, the electoral laws and the evidence before it.

In Ibrahim vs Shagari, at page 24, Anamasi JSC in the Supreme Court of Nigeria observed:

'Although it seems obvious it needs to be emphasised that Courts of law can only decide issues in controversy between parties on the basis of evidence before them. It would be invidious if it were otherwise.'

Moreover, Kanyeihamba, JSC, in a dissenting opinion, quoting from his own dictum in a previous case, cautioned his supreme court brothers in the case of Dr Kizza Besigye v. EC & Museveni Yoweri Kaguta, Election Petition No. 1 2006, as follows:

'In my view, Constitutional principles and rules should always be interpreted objectively and impartially without regard to consequences except in very exceptional circumstances which do not exist in this appeal. It would be an error to construe constitutional provisions on the basis of what that construction might lead to. It is untenable in a case of this nature to suggest that the Constitutional Court or any other court has or can exercise discretionary powers and decline or grant a remedy sought by a petitioner or litigant on the basis of some extraneous issues other than judicial and constitutional…'

(He was quoting himself from Attorney General v. Paul Ssemwogerere & Hon. Zachary Olum, Const. Appeal No.3 of 2004)

In the Ugandan presidential petition of 2006, the 1 st Respondent (the Electoral Commission) had declared that the 2 nd Respondent, Yoweri Museveni, obtained 59.28% of the total valid votes cast while the Petitioner came second with 37.36% of the votes cast. By a majority of 4:3 the Supreme Court of Kenya found for the petitioners that there were serious non-compliance with the law, but the gap of over 1.5 million votes was such that the sum total of the invalid votes did not have an effect on the results. The number of polling stations where irregularities took place in relation to the national total of over 19,000 polling stations was 189 Polling Stations, which is 0.8% of the total.

Also, In RailaOdinga& 2 Others v Independent Electoral and Boundaries Commission & 3 Others [2013] eKLR, the Court held at the following paragraphs:

'[205]… No Court other than the Supreme Court has the jurisdiction to hear and determine disputes relating to an election for the office of President.

[206] This jurisdiction, however, is not boundless in scope: it is circumscribed in extent and in time. Limited in extent, in that it relates only to an inquiry into the legal, factual and evidentiary questions relevant to the determination of the validity or invalidity of a Presidential election.

[228] What is now before the Court is a case in which the people, as makers and main beneficiaries of the Constitution, have employed the prescribed machinery, and cast their votes, in exercise of their political will to elect the leading member of the Executive Branch.

[229] What principle ought to guide this Court in its attempts to resolve the electoral question?

[230] Without as yet deciding the main question in the contest, we express the opinion that, in the special circumstances of this case, an insightful judicial approach is essential. There may be an unlimited number of ways in which such an approach is to guide the Court. But the fundamental one, in our opinion, is fidelity to the terms of the Constitution, and of such other law as objectively reflects the intent and purpose of the Constitution.'

If our democracy is to grow it must be allowed to take the next bold step in sending a message, first to the good people of Ghana—especially the youth on whose shoulders the destiny of our democratic society stands—and, by extension, to the rest of the continent that here in Ghana we are determined to allow the rule of law to work to protect and promote our democratic society.

This is Ghana and we are not known to shy away from taking the lead in Africa's quest for freedom and justice.

Significantly, we must be able to show that elections in Africa cannot continue to be defined by a different set of rules. Democracy must not be reduced to a contest of who can get away with it.

I know for sure that, after the Court rules on August 29, the platform upon which Ghana is raised as a model of democracy in Africa would not have been dismantled by this election petition. In fact, it can only be made stronger if we take the necessary legal steps to strengthen it with the needed brick and mortar of integrity, truth and justice.

The whole nation is watching. A whole continent is looking up to the nine honourable men and women of the highest court of our land, to give a ruling that will restore confidence in democracy in Africa.

Democracy is here to stay. Let us help it grow and let us do so with integrity, truth and justice.

The author is a barrister and the executive director of the Danquah Institute, an Accra-based policy think tank. [email protected]