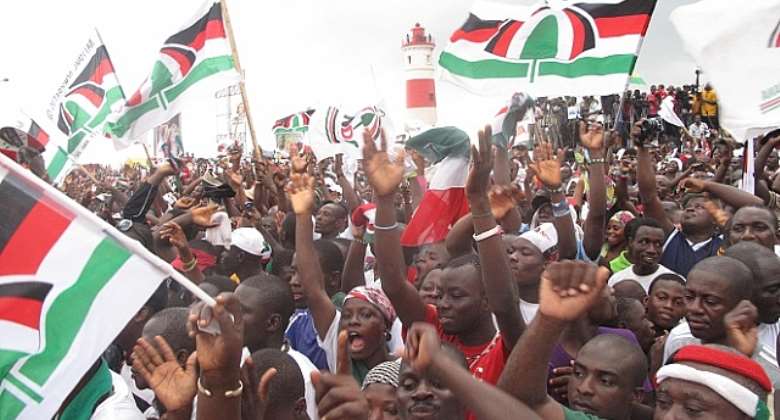 Defined as the ability to control others, events, resources etc and to make happen what one wants to happen in spite of obstacles, resistance, or opposition; though impalpable, power is a thing that can be held. It is the most coveted intangible property that can be seized just as much as it can be taken away, lost, or stolen. Power is used in essentially adversarial relationships involving conflict between those with it and those without it. In discussing about power in relation to the rubric above, focus is on political power which once grabbed, all others follow necessarily.

Socio-political power may usually be acquired either through coercive or persuasive ways, therefore, depending on which way power is attained, its exercise follows the same channels. Political power can be seized either through force of arms or through rigging polls. In either way, the will of the people is undermined and the constitution is accordingly subverted. Political power that is genuinely acquired through the ballot box, pursuant politicians go through a host of persuasive campaigning aimed at service albeit honest ministering onto the people as necessarily required. Conversely, where political power is seized coercively including rigging, the aim is directed to wanton control of others, events and resources irrespective of counter reasonable resistance. They do so with intent to carve for themselves a hither-to socio-economic and material power that had eluded them. In Ghana and its counterpart African countries acquisition of political power invariably mean a built-in financial and afferent power, all coming at the expense of the people who become subdued through unilateral, hard, aggressive and irrational exercise of it

Emerging in January 1981 as P/NDC on Ghana's political landscape through a military coup d'état as a revolutionary group and later transforming into a civil 'democratic' party, the NDC have clearly shown from the above analysis that, during elections, since 1992, they have all the time seized power against the will of the people. The same supposed offence that saw eight of Ghana's Generals executed at the Teshie shooting range. The sad thing being that once power is so seized, the exercise of power by these stratocratic putschists, so far manifested in all forms and manner identify themselves as non-starters who tend not only to derail the course of governance and development by causing hardships to society and the economy, they overtly illegally create riches for themselves on untold scale. For this reason, they would use all means possible to gain power including rigging, killing, maiming and destroying.

Over the years, on polling day, NDC have resorted to engaging thugs to snatch ballot boxes, a process that not only unlawfully interrupts voting, it casts doubts over the contents of the ballot box so snatched and later found. All snatched, abandoned and later found ballot boxes have had their contents counted to favour only NDC parliamentary or Presidential candidate with excesses of ballot papers stuffed into them. Where such interruptions have been timely arrested and restored, the contents have reflected the exact votes cast as per the ballots issued. In especially the Volta Region where the NDC have assumed as their political world bank, not only are excess votes stuffed into ballot boxes to favour them, opponents have been viciously attacked, killed or maimed by NDC thugs. In the Northern and Upper Regions, inter-Party supporters' clashes have resulted in deaths and destruction of property. In the NPP stronghold of Ashanti Region, attempts by NDC thugs to snatch ballot boxes have usually resulted in instant justice visited on them by mob action.

The NDC succeeded in getting rid of Prof Mills who was taken to be timorous and pusillanimous though viciously vindictive, in order to make way for a daredevil John Mahama. Mills as leader of the NDC had leapt from 47.92% in first round against Nana Addo's 49.77% to 50.23%, winning the Presidential elections in a runoff battle against Nana Addo. Fearing that Mills would readily give-in if 'the cat gets out of the bag' as they had previously cheated to secure a win for him and the Party in 2008 unnoticed by their opponents, they sought a way to get rid of him. Mills death, in the words of John Rawlings was a divine intervention. John Mahama, a Soviet-trained Machiavellian cum Stalinist daredevil takes the mantle for a massive rigging in order to secure power for a Party that has failed woefully. The exercise backfires with a raised red flag followed with a petition filed at the Supreme Court. In order to make him unavailable to give evidence as star witness in a petition pending hearing, sulphuric acid is splashed onto Dr Bawumia's vehicle tyres with expectation that the tyres so treated would explode to cause a fatal incident whiles the vehicle is in motion, knowing his imminent journey from Bole to Kumasi. Earlier, similar effects had been made on Chairman Obetsebi Lamptey's vehicle tyres as well as others during the course of their itinerant visits in the North of Ghana. Such is the extent to which NDC dastardliness would play when it comes to seeking for power at all cost and indeed power which once seized they put into improper use.

Ghana at any time under NDC rule becomes not just messy, a state of confusion and lawlessness plunges in. For several months since NDC has continued being in power, electricity, gas and potable water supplies have appeared as un-surmountable problems. Avid for power, John Mills led a 'better Ghana' campaign agenda which sent Ghanaians on a mission for adventure that turned to be a rather frustrated misadventure. NDC 'better Ghana' returned a nerve-raking distressing results. Post-Mills NDC today has profligacy spending spree 'edebee keke' for its national agenda. A Mills/Mahama, Mahama/Amissah-Arthur administration sees Ghana on the highest borrowing in history yet with no development project in sight. Corruption, untold corruption and despicable corruption involving top public institutions such as the police who have been gagged from exercising their duties to the general public has become the order of the day. An ungagged independent police would by now have arrested Asiedu Nkatia for ordering some so-called security personnel to attempt entry into the Supreme Court building to access Court documents safely kept in its vaults for whatever reason.

If NDC were interested in post-election governance as it should be, knowing very well that development partners are holding themselves at bay by reason of the elections dispute in court, in order to clear the way and be on course, they would rather avoid all impeding obstacles for a speedy hearing for a final determination. Instead, as a way to snail-pace proceedings, about 7,000 more joinder applications were attempted which the Justices of the Supreme Court disallowed. From the conduct of Tsatsu Tsikata, ex-convict lawyer for NDC, he would the Court proceedings had lasted well over ten years whiles governance remains on throttle. Here is NDC in government whose Attorney General abstains from defending Ghana's constitutional instruments against executive arms reaching into the threshold of the Judiciary.

Ghana does not exist in isolation in regard to the above analysed situation of misplaced power gained through coercion/rigging, resulting in botched malfunctioning egoistic scramble for material and social recognition bunch of a political institution. In Nigeria, we have the worst cases of corruption in official places; Gen Mobutu of Zaire stands tall in this analysis as well as in Angola; Idi Amin of Uganda plunged his country into untold hardship. Pushing into areas beyond Africa, political unrest in predominantly poor countries emanating from abuse of power and misgovernaunce tell their own story. John Mills' wheedlesome 'better Ghana' that turned out to be a charygma invited the disappointment and anger of even his own Party members. John Mahama's Ghana is no different from that of his predecessor. Ghana appears more divided on tribal lines than ever before. Administrative unilateralism, use of bad inappropriate language of rebuke by government officials, officials lording over in wanton disregard of the people is gaining more buttress roots in Ghana today under NDC.

As analysed above, conceptualising the two elements of power viz coercive and persuasive as a centaur that consists of two halves, the lower abdominal end being the beast, representing the more classic, material image of power, power through coercion, through brute force, be it physical or economic, whiles the front end, being the human face, which projects power through 'consent' as required of democracy, NDC power seeking is the beast type, acquired through force or deceit and aimed at material acquisition for oneself. Giving-up power becomes a problem for them whereas others seek power consensually and readily yeald to the will of the people by giving it away when lost as it is in developed countries. Why can't we emulate the examples of the better organised democracies to progress our society and share the pride in it? Political power is accorded to representatives of the people to steer events in return for reciprocal benefits aimed at good or even better results for all to enjoy by serving not for lording over those supposed to be served.