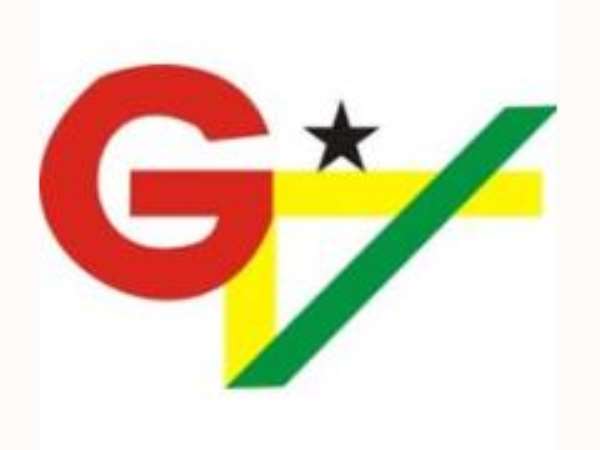 Established in 1954 as Gold Coast Broadcasting System (GCBS); the organisation was rechristened at independence in 1957 as Ghana Broadcasting Corporation (GBC TV) GTV and has since claimed independence of Ghana Information Services Department. GBC/TV has since operated one television station that broadcasts to the whole nation via satellite with its affiliate GBC radio.

From July 1998, GBC radio has managed to operate Regional radio stations beginning with six that have increased to ten, strewed across Ghana,one located in each of the ten Regions of Ghana except in Greater Accra where there is a concentration of four.

This vertical expansion has facilitated radio broadcasting of local and Regional news and most especially local and Regional announcements at a cost to the customer and income to GBC radio. At appropriate scheduled times, stations switch to Accra for national news that captures international events.

Managing programmes locally by involving local people has today removed all bottlenecks that hitherto limited announcements for the benefit of the few privileged, public participation and impeded wide variety societal involvement. It is believed those public announcements and other non-GBC radio programmes that are aired at various Regional networks rake in some reasonably sizeable income to GBC and its cognates.

In regard to GBC/TV, income is presumed to be derived from sources including such areas as adverts, announcements, television licences etc however, it may also be believed that as an independent body within the dissemination of information industry if GBC/TV could also be ramified to regional levels, with its current under-utilised satellite installation and facilities across Ghana this move would be very beneficial without finding it a problem at-all. That would see GBC/TV in the light of a more business-like professional up and doing image than its current limited monolithic delivery. This would only be in the light of vertical expansion

Further to an idea of a vertical expansion, GBC/TV could expand horizontally or laterally by creating another or other channels such as GTV 1 and 2 or 1, 2 and 3 all of which would serve other important and relevant purposes in much the same way as it would provide an avenue for variety from a range of choices.

It must be appreciated that vertical expansion at GBC radio in conjunction with other private radios across Ghana has provided for a wide range of choices with huge benefits, easing the tedium of work; a laudable departure from situations whereby only Accra enjoyed all broadcasting facilities.

It has taken a good deal of struggle for freedom of information and expression as encapsulated in freedom of speech in democracy before even licences were granted by the Ghana Media Commission to various entrepreneurs who meet the required criteria to establish radio stations to augment GBC radio's only one station which had only two transmissions.

Before 1998, leading to the advent of a multiplicity of independent radio stations, it was easier for dissatisfied security forces to seize power because there was only one avenue for nation-wide broadcast situated at the GBC studios.

Whereas vertical expansion such as regional GBC/TV channels presumably have authority to draw their own programmes in consultation with Accra to match their head office standards and requirements, Accra's transcendental authority over all Regional transmissions is submitted to on matters of national/international interest after which there is a reversion. On the other hand, any horizontal expansion must broadcast only from Accra installations and facilities, excluding it from news reading.

A future GBC 2 TV may concentrate on such areas as geographical programmes like Ghana's Wildlife and environment, world climate education in perspective, Ghana's historic events of importance especially and others across Africa and the world that are worth knowing about; world and Ghana's scientific innovations and achievements over the ages leading into the 21st century, agriculture and some associated challenges such as famine and plenty; civic and environmental sanity education pursuant to desisting from certain conduct and indeed a wide range of topical programmes of interest and usefulness.

There are loads of things we do that have damaging effects on especially our environment which are done out of ignorance. It behoves mass repeated media education on such and many issues to create awareness in many the ordinary person. It may not be necessary for whole day broadcasting but depending on how management would plan it and the public enthusiasm that may be exuded, recorded and monitored.

GBC/TV has the exclusive licence and authority to air important national events unless otherwise granted, depending on the exigencies of the matter at hand. On the issue of the on-going election petition matter before the Supreme Court, it is only GBC/TV that the GMC has granted authority to transmit proceedings from the Court room.

Since the Court sits throughout the working day, GBC/TV becomes equally engaged on Court room matters till end of the day's proceedings; meaning all other relevant programmes and commercial interests are sacrificed for the Court proceedings, probably to last until the last day of the Court's final determination yet unknown.

Had there been a GBC/TV 2 or 3, whereas one of the channels would be airing normal programmes, the other could be transmitting this all-important Court case that has generated so much national and international public attention. One set of opinions believe that priority given to Supreme Court proceedings has frowned on other programmes of relative importance as well as being unproductive and costing too much to tax-payers.

This not-withstanding, the benefits gained so far include the satisfaction of public curiosity, avoidance of inaccurate third party narratives, building of individual understanding, assessment and consensus through eye-witnessing or ear-witnessing, high viewing index and indeed many more.

World-wide events like World Cup, Olympics, athletics and many more of interest to Ghanaians could be watched on a second or third GBC/TV channel for a matter of choice and unhampered so-called commercial productive interests aired by the other as it has been claimed.

Ghana indeed has a lot to be proud of, worth showing for the world to acknowledge and appreciate, all of which have a tendency to sell the country to the outside world for purposes of business, investment, tourism, culture, environment etc but we lack the required spirit of publicity.

Ghana's potentials remain rather stagnated on the blind side of the world but for some occasional telecasts on foreign screens whenever they deem it relevant yet not without their usual reportage of negative footage and imaging aimed at wilfully playing down on us to arouse diffidence instead of confidence.

One of the problems with developing countries is our inability to harness our potentials. We rather have an extreme tendency to waste and spend with profligacy without any matching capability to create and generate. Even if we cannot create, by advertising our 'treasures' and potentials, creative minds living elsewhere put on their thinking cap in preparedness and readiness to adventure and exhibit their talent where necessary. Most developing countries operate one channel television transmission full of foreign images and programmes etc, a process that has imported untold unwholesome acculturation whereas others elsewhere are also seeking to know yours but without any such avenue to know.

Television has become a great teacher which has taught a lot of people in developed countries extramurally, forming the basis of what keeps Europeans and Americans etc abreast with time by not necessarily gaining knowledge through educational institutions. Conversely, our TV facilities remain under-utilised and less of educational use.

By launching the Telstar on 10 July 1962, television pictures from anywhere in the world can be watched in any country under the sun. People of the world have developed a spirit of curiosity and adventure. These are what drive people to visit other countries outside their natural traditional homes.

Knowledge of where to go and what to look for is crucial; therefore just reading about places on the internet or hearing narratives of places by others may not be enough however, seeing for oneself of places in moving pictures with accompanying professional commentary as provided on television screens is more self-witnessing and better attractively convincing.

If curiosity is the answer, then it is always ideal to provide continuous colourful teasers that would attract attention and arouse the need and intent to see for themselves what and how the place or image seen looks like.

Though GBC/GTV claims to be independent of the government's information machinery this claim is fallacious. GTV especially is constantly manipulated by government whereby all of government programmes are foisted on it, making it overburdened when it combines its own programmes together with being government mouthpiece. Therefore, a second channel that would deal with other important and relevant beneficial programmes must be considered

Promoting Ghana is an enterprise that must emanate from Ghana, by either Ghanaian expert film photographers and commentators or by people of foreign extraction who are based in Ghana and using Ghanaian media but not by looking up to its promotion by foreigners in foreign countries which tend to be few and far between.

There are great minds out there therefore through media promotion on screens our fertile savannah can engross agriculture-minded investors with a variety of suitable crops that can bring huge benefits for locals, Ghana and the world. Besides, envisioned benefits that would accrue to Ghana through its promotion are just too numerous over a wide range.

Many people have learned a lot from UK's BBC 2 channel, including Open University distance learning students' programmes. A lot of tourists visit UK and other Western countries due to the unlimited continuous exposure they give to their culture and traditions including the English Monarchy, Stonehenge etc. In Ghana, we see the contrary.

By reason of tribal bickering, we have gone to the extent of wilfully obliterating amongst other things our own history, rich cultures, traditions and heritage etc. Ghana needs to arouse our cultural pride, whet our sense of jingoism to evoke national ethos through according same, national and international exposure in a colourful style.

There is every need to give Ghana a better exposure through a separate GTV channel that can devote more time and attention to such exclusive schedules even if it will necessitate increasing the current TV licence rate from Ghc3 to Ghc5 or more. Be proud of Ghana and feel proud to be Ghanaian; Ghana is worth its gold and silver; its rich potentials are sellable and equally buyable therefore GBC TV is exhorted to be proactive!