Business trip to Tokyo: All change 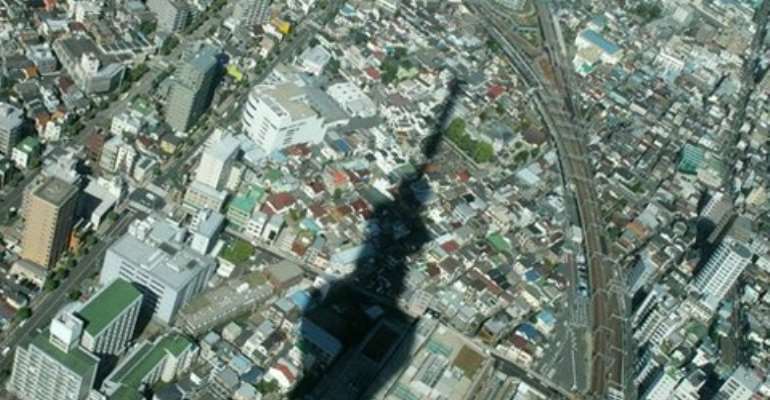 Tokyo has emerged from the dark days following Japan's 2011 earthquake and tsunami, re-assuming its position as an Asian hotspot for business travel. You can see it everywhere, – in the recent spate of new hotel openings, expanding airports and buzzy restaurants and hotel lobbies. The scaffolding has come down after a massive facelift of the iconic Tokyo Station in the heart of the city, and the new Tokyo Skytree tower gleams on the edge of town, attracting millions.

Despite Japan's 20-year-long recession, Tokyo's business class hotel scene is dynamic, with a raft of new players. In the last decade, big international chains such as Shangri-La, Peninsula, Hyatt, Four Seasons, Mandarin Oriental and Ritz-Carlton have moved in, dominating the luxury hotel scene. Japanese companies are reclaiming their turf by tearing down old standards and putting new hotels in their place, such as the Tokyo Station Hotel (2012), the Palace Hotel (2012) and the Capitol Hotel Tokyu (2010).

To get your bearings, the centre of Tokyo's sprawl is the Chiyoda district – the area around the Imperial Palace and gardens – a 3.5sqkm green space (and residence of the Emperor Akihito and his wife Empress Michiko). Districts of note for business travellers include Marunouchi (to the east of the palace), Roppongi and Shibuya (to the southwest) and Shinjuku (to the west) – these are the areas with the most international hotels, multinational offices and western-style restaurants. All are very well connected by the efficient (but bewildering to visitors) Tokyo Metro system. For those without the time to figure out the Metro, taxis are plentiful, clean, but very expensive – you'll pay 710 yen just to get in – so when possible choose a hotel near your meetings or events.

A sparkling new international terminal, a fourth runway, proximity to the city centre and an increasing number of international arrivals have combined to transform Tokyo's Haneda International into the preferred airport for most business travellers. Prior to 2010, Haneda was primarily Tokyo's domestic hub because most international operations took place at distant Narita International Airport. But Haneda is located just 14km south of city with taxi fares in the 7,000 to 9,000 yen range, vs 20,000 to 25,000 yen from Narita, located 60km away. Depending on when flights arrive or depart (and traffic), train service to/from Haneda is often less expensive (at 500 to 600 yen), and quicker than driving (it only takes about 30 minutes). The hour-long ride on the train to/from Narita costs 2,940 yen. Coach service to/from both airports from certain large hotels is also available – inquire at your hotel regarding schedules.

Hotels
Elegant
Tokyo's newest luxury hotel re-opened in October 2012 in an unusual location – inside the historic, recently renovated Tokyo Station in Marunouchi, where Japan's famous high-speed Shinkansen “bullet” trains dart to major cities across the country. The 150-room Tokyo Station Hotel offers European-style elegance (marble floors, vaulted ceilings, heavy moulding) plus state-of-the-art facilities in a central location. The 100-year-old space, located inside the unusual red brick Gothic station building, was closed for a complete overhaul in 2006. The very best rooms are the 65sqm Maisonettes, which are divided into two storeys including a living room and bedroom.

In five short years, the 314-room Peninsula Tokyo in Marunouchi has emerged as one of Tokyo's most popular luxury hotels, with cool, contemporary, oversized rooms that glow in warm hues of gold, rust and beige. There is also the Peninsula chain's trademark in-room push-button technology that can do just about everything, such as closing curtains, drying nails, dimming bathroom lights and turning on spa music for baths. Even if you don't stay here, have a meal and soak up the Imperial Palace garden views from a table at the flashy, avant-garde restaurant Peter on the 24th floor – considered one of the best (and showiest) in town.

Opened in May 2012, the 290-room Palace Hotel Tokyo is located on some of the city's most valuable real estate in Marunouchi – across a moat and fountain-filled plaza from the Imperial Palace and gardens. It is so close to the palace that special blinds are placed on some windows of the 23-storey building to prevent peeping into the royal grounds. Many of the hotel's contemporary-styled rooms have outdoor terraces (rare for Tokyo) and open style bathrooms. Don't feel like venturing out in the elements? No problem: the hotel has 10 restaurants and bars and a bright 127sqm fitness centre with an indoor pool; plus the Otemachi Metro station is in the basement.

If your business is government related, or you just want a peaceful location in the heart of town, check into the Capitol Hotel Tokyu in the Akasaka district, a popular holdover from the 1960s (the Beatles stayed here), which was razed and replaced with a 29-storey tower in 2010. Room entries, large bathrooms and sleeping quarters are cleverly separated by a sliding, translucent shoji screen, or panelled room divider, which provides both privacy and light in the well designed, minimalist rooms, which overlook the National Diet building, the Prime Minister's residence and the peaceful, 500-year-old Hie Shrine. The locally-owned hotel is also a very good value compared to pricier, better known international chains.

Edgy
Insiders say that the concept of design-forward hotels has not fully blossomed in Tokyo (though Hyatt's trendy Andaz brand is set to open in 2014), but several luxury hotels float high above the flashy city on the upper floors of office towers, providing a distinctly different experience than their terrestrial counterparts.

The 248-room Ritz-Carlton Tokyo is perched in the top nine storeys of Midtown Tower, Tokyo's tallest skyscraper. Large, 52sqm rooms are classically elegant, in typical Ritz-Carlton style with richly stained wood furnishings and cosy feather beds. The exclusive Club level on the 53nd floor provides round-the-clock food and beverage offerings for those unable or unwilling to descend to the cacophonous Roppongi entertainment district at street level. Take a break in the 2,000sqm spa occupying the entire 46th floor, where early morning bathers can peer out of the floor-to-ceiling windows to see the sun's first rays hit Mount Fuji from the lap pool or Jacuzzi.

The Park Hyatt Tokyo in Shinjuku, famous for its starring role in the 2003 film Lost in Translation, remains near and dear to visitors – it is consistently ranked the top hotel in Tokyo by TripAdvisor. This modern 177-room accommodation occupies the top 14 floors of the 52-storey Shinjuku Park Tower, consisting of three glass-topped spires that provide exhilarating light to the hotel's public spaces, including the Peak Lounge and tricked out fitness centre (with a giant 8m by 20m lap pool). The hotel feels sleek and modern, yet warm and cosy – for example, arriving guests first walk through an airy atrium and then through a small library to reach the check-in desks, before ascending via elevator to the serene rooms, accented with jewel-tone fabrics, wood, art and books.

The 200-room Shangri-La Hotel, Tokyo crowns the top 11 floors of the 37-storey Marunouchi Trust Tower next to Tokyo Station. Uniformed hotel staff greet guests arriving by Shinkansen train trackside for an escort up to the sumptuous, chandelier-encrusted perch. Guests in the hotel's super-exclusive Horizon Club on floors 36 and 37 enjoy impeccable service, complementary food and beverages, use of private meeting rooms, late check in or check out privileges and expansive views over the city and Tokyo Bay.

Expense account
Unless well versed in the Tokyo restaurant scene, visiting executives out for a celebratory meal are best served by the abundance, diversity (and multilingual menus) at hotel restaurants. As an added bonus, your Japanese counterparts will likely be excited by an invitation to dine at an international hotel.

Chef de cuisine Stefan Resch and his team at the New York Grill enjoy the same spectacular view as patrons, with the open kitchen surrounded by floor-to-ceiling windows on the 52nd floor of the Park Hyatt Tokyo. That view, plus a menu packed with prime Japanese beef, seafood and poultry, a 1,600-bottle wine cellar and live jazz drifting in from the adjacent New York Bar have been drawing an international crowd for 18 years.

Dine on the city's finest Cantonese cuisine in the elegance of a Chinese garden overlooking the busy streets of Marunouchi at Hei Fung Terrace in the Peninsula Tokyo. For an unusual celebration, book the chef's table in a glassed-in nook in the restaurant's busy kitchen.

Michelin-rated chefs at the Ritz-Carlton's Azure 45 tempt taste buds with a French take on seasonal seafood, brought in daily from the nearby Tsukiji and Kanazawa fish markets. With beautiful 45th-floor views south to Tokyo Tower and Tokyo Bay – this is a perfect spot for a light, bright business lunch.

For visitors eager to venture beyond hotel walls, Kyoto-style, multiple-course dining on fresh seasonal fish, meat and vegetables is raised to the level of fine art at the popular, Michelin-rated Akasaka Kikunoi restaurant in the Akasaka district, where most patrons sit at low tables on tatami mats.

Located on a quiet street nearby, near the National Diet building, Nagatcho Kurosawa is best known for its shabu-shabu, thin slices of prime Japanese beef and pork served in a tangy broth with vegetables and buckwheat noodles.

At Omotesando Ukai-tei, enjoy some of Japan's finest beef and fish cooked before your eyes teppanyaki style on a hot teppan grill built into your table. The 150-year old–building, located in the Shibuya area, is decorated in a comfortable mix of Japanese and Western design.

Off the clock
If you don't have a view from your hotel or meeting room, spend an afternoon at one of Tokyo's two key vantage points for a lay of the land.

At 634m, Tokyo's Skytree on the eastern edge of the city's central core (in the Asakusa district) is now the tallest structure in Japan, housing a restaurant and observation deck (as well as broadcasting antennae). Opened to the public in May 2012, the cylindrical structure is now one of the most popular attractions in the country (6.5 million visitors are expected in its first year) with queues that can last two to three hours. Unfortunately for most visitors, advance reservations are sold only to those with Japanese credit cards.

An alternative to the crowded Skytree is the older orange and white Tokyo Tower (just south of city centre in Minato), built in 1958 to resemble Paris's Eiffel Tower. Take the lift to an enclosed deck offering 360-degree views of the entire region from 333m in the air.

Go local
To get a one-day look at life outside of Tokyo's bustle, make a day trip to Hakone, 80km south of the city near the base of Mount Fuji. Even if the weather is lousy and the mountain is not visible, the trip is memorable because of the multiple conveyances used to get there. First is the 90-minute ride on the Odakyu “Romance Car” train from Shinjuku station to Odawara (try to sit in the aerodynamically shaped lead car for the best views). From there you take smaller Tozan Railway on a zigzag 15-minute route up the side of a mountain to the tiny town of Hakone. Don't miss the Hakone Open Air Museum, a large collection of sculpture from the likes of Picasso and Henry Moore in a lovely outdoor garden atmosphere. From Hakone, catch a funicular for an even steeper trip up to a gondola platform for a “ropeway” trip over steaming geothermal springs to the gorgeous Lake Ashi with Mount Fuji (hopefully) rising peacefully nearby.

Don't do this!
The practice of tipping is nearly non-existent in Japan. Hotel personnel, who are universally courteous and prompt, are trained to politely refuse tips. Servers in bars or restaurants are known to chase after customers to return money that was “mistakenly” left on the table or bar. When in doubt, do not leave a tip.