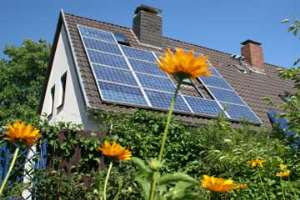 Solar Power Advantages
It can save you a lot of money
• Once you have paid out the prime investment, the rays from the sun is virtual FREE.

• The time it pays back you investment can be as short as five years.

• Most first world governments are offering attractive financial incentives that will help with installation costs.

• If your solar array produce more electricity than your home uses, your utility company will buy the surplus energy generated and credit the moneys owed to your electricity! This is called feed tariff.

• Solar power gets it energy from the sun and does not require any additional fuels.

• It's not affected by the market forces of “supply and demand of crude oil” and is therefore not subjected to the increasing prices of crude oil.

• The savings start immediately after your solar array has been commissioned and will continue for many years to come.

• The use of solar energy can play a large part in reducing health risks and subsequently medical costs.

Environmentally friendly
• Energy from the sun is environmental friendly, clean and renewable (unlike other forms of fossil fuel) and sustainable.

• Unlike many traditional forms of electrical generations it does not contaminate or pollute the atmosphere by releasing carbon dioxide, nitrogen oxide, sulphur dioxide ect into the atmosphere.

• Solar power will not contribute to global warming, acid rain or air pollution such as smog.

• Energy generated as and where it is needed.
• Solar energy is produced locally and does not contribute to the cost and difficulties of heavy transportation of fossil fuel or the dangers of storage of radioactive waste.

3. Independent/ semi-independent
• A Solar system operates entirely independent of a utilities transportation network, Therefore, solar systems installed in remote locations (such as farms and holiday log cabins), making it more practical and considerably cheaper than being supplied by the local electricity company.

• The use of Solar power cuts down our national dependence on foreign and/or centralized sources of energy, that can sometimes be affected by natural disasters or international political decisions.

• Solar power does not only fuel are homes but it also fuels local economies by supporting local job and wealth creation,

• Zero maintenance
• All good quality Solar Energy systems are maintenance free and will stand the test of time for decades.

• After installation, there are no costs.
• Because they have no moving parts, they work without noise and do not release offensive smells into the local community.

• More PV Solar Panels added in the future as when your household needs grow.

So! Now that I have outlined the advantages of solar power, what are the disadvantages? Well some say that the “panels on top of people's roofs look ugly and are unsightly”. However, the use of solar for powering are homes has got to be better than pumping out millions of tons of environmental pollution. And slowly but surely destroying the very planet we live on.

Court issues warrant for arrest of Xavier Sosu for 'disrespe...
31 minutes ago