Confused Wereko-Brobby is not a member of NPP - Young Patriots 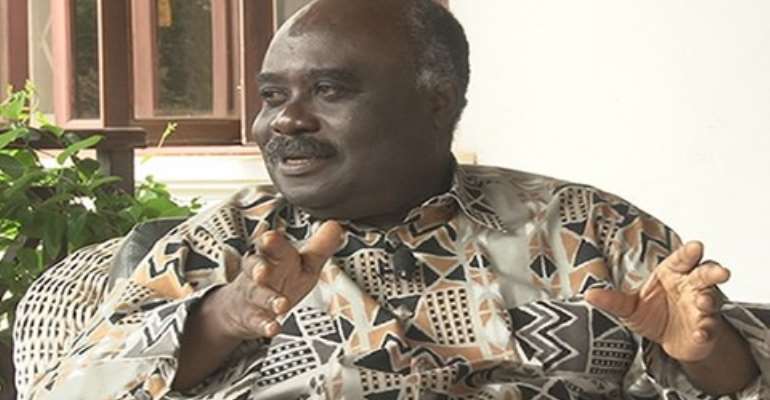 The Young Patriots, a youth wing of the New Patriotic Party, is questioning the membership of Dr Charles Wereko-Brobby in the NPP, claiming he used dubious means to contest the chairmanship of the NPP.

The Group also believed Dr Brobby is no longer relevant in Ghanaian politics and is therefore using his recent diatribes against the party to stage a comeback into politics.

“Dr Wereko Brobbey in all this is positioning himself for a comeback into politics and to use the NPP as a platform to achieve his own selfish interest. The party may have allowed him to illegally join our fold to contest the chairmanship and even a failed bid at the flagbearership, however he will have some of us to contend with if he dares this time,” it said in a statement.

Read the statement below
DR CHARLES WEREKO BROBBY IS NOT A MEMBER OF THE NPP: YOUNG PATRIOTS

The recent diatribes of Dr Charles Wereko Brobby (TARZAN) are symptomatic of a lonely outcast whose hallucinations, actions and inactions have alienated him from a group. Tarzan lost his right to call himself a founding member and even a member of the New Patriotic Party when he formed his United Ghana Movement (UGM) and run for election in 1998.

Let's also be reminded that Tarzan did run to become the chairman of the New Patriotic Party and lost miserably to current chairman Jake Obetsebi Lamptey. Not satisfied with his defeat, he attempted to have the results ruled in his favor in court. The same Tarzan contradicts himself by calling on the NPP not to resort to the courts. It should be noted that after this shame, Dr Brobby invited further misery on himself by seeking to contest Nana Addo and Alan Kyeremanteng in 2010 for the flagbearership of the NPP.

There is no evidence to the effect that Dr Wereko Brobby was ever readmitted into the NPP or him leaving his UGM party. Dr Wereko Brobby is a selfish individual who sees himself as the best and sees nothing good in others.

Tarzan's attempt to remind us of his inalienable right to the NPP through Victor Owusu is nothing but an indication that he has lost his right and standing in the UP tradition. In his own right he has no place in UP history and so has to rely on his uncle. He should however note that the UP tradition does not belong to anyone group or family. You will have to make your own bones to be counted.

The above historical records set straight, the two diatribes of Dr Brobby are a contradiction of each other and a clear manifestation of his confused state of mind. His first statement seeks to play down the NPP court case. Whilst shamelessly admitting that evidence abounds that the elections were rigged, he points to international leaders congratulating the President as an endorsement and indication the fight is over.

In his second statement, Dr Brobby goes on an insulting spree with all sorts of adjectives and yet concludes that the NPP's failure to vet the President's ministerial nominees is in direct contravention of the constitution which indicates that until the courts overturn the results, everything the President does is deemed to be right and cannot be reversed even after Nana Addo is sworn in.

How can someone who does not believe we will win a case in court refer to that same case as a reason why we should be on the vetting committee?

Dr Wereko Brobby in all this is positioning himself for a comeback into politics and to use the NPP as a platform to achieve his own selfish interest. The party may have allowed him to illegally join our fold to contest the chairmanship and even a failed bid at the flagbearership, however he will have some of us to contend with if he dares this time.

It is clear from his own submissions on radio, he is afraid of his own shadow and may be making all noises to save his own skin after all the President, a supposed friend could have his Ghana @50 case resurrected.

Dr Wereko Brobby should mind his own business for whether NPP wins or loses our case in court, he has absolutely no stake.