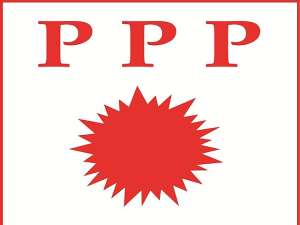 I wish to congratulate the Progressive People's Party (PPP) for its performance in the 2012 general elections.

For a party that received its final certificate from the Electoral Commission (EC) to formally operate as a political party in March 2012 to outperform the Convention People's Party (CPP) and the People's National Convention (PNC), it is no mean an achievement.

Let's not forget CPP and PNC have been in existence even before the fourth republic.

There was a lot at stake for the 2012 general elections and the PPP happened to have become a 'victim of circumstances,' otherwise it would have performed far better than it did. The ruling National Democratic Congress (NDC) had lost a sitting President and were presenting a relatively younger Presidential candidate whiles the New Patriotic Party (NPP) had a candidate who had been well marketed nationwide for more than eight years.

Right from the onset, it was a two-horse race between the NPP and the NDC.

For me, I see the PPP becoming the third force in Ghana's politics. I only hope that it is not built around personality (Nduom) so that in his absence, the party begins to wobble and fumble within the political terrain. That is the situation with the CPP and the PNC. They are so much deep into political ideologies that are very irrelevant to the youthful majority of the voting population. They have virtually become unattractive and the feeling that a vote for either of them is a waste is too strong to contend.

The PPP has a very bright future, but it could be brighter if the party focuses on building a stronger and larger organisational structure that can survive the test of time. In terms of Information and Communications Technology platforms and social media tactics, the PPP is very solid upfront. I suggest the party maintains this visibility all year round and not relent on it as all the other political parties do.

The party used a teleconferencing facility to hold a series of national executive conferences and meetings. Even whiles the flag bearer of the party, Dr. Papa Kwesi Nduom was away in the US, he held a nationwide regional executive meeting with all the regional representatives via a teleconferencing platform. Through this same means, the party can still be in touch with its grass-root members and deliberate on issues looking forward. Possibly, PPP can decide to maintain a teleconference identity where members can once in a while dial-in to discuss issues of national interest. The communication team of the party should adopt this strategy to keep in touch with its members.

Another strategy that will make the PPP more attractive to the public is when it is seen as being more independent than leaning on either of the two major political parties. Though there could be agreement or disagreement with either NDC or NPP, the manner that is handled will certainly drive home some perception.

The bigger task for the PPP is to raise the focus of political discourse in this country. The party must be visible all-year round on the various electronic media political programmes and focus on setting the agenda for debates. It must not be seen to be so much drawn into the agenda of other parties neglecting its own agenda.

But for the already petty political issues that had caught people's attention, Dr. Papa Kwesi Nduom's assets and health status declarations were major issues that could have attracted some votes. This is the reason why the PPP must strategise to redirect political debates in this country. Until there is a deliberate planned communication strategy from the PPP to play the agenda setting role within the political landscape, it cannot become the alternative third force in Ghana's politics. The communication team of PPP should not rest at all. It should be resourced and energised to work on changing perceptions.

It is a fact that some Ghanaians are tired of the NDC and the NPP. The challenge had been who to look up to without wasting the vote.

The time for PPP to work is now!