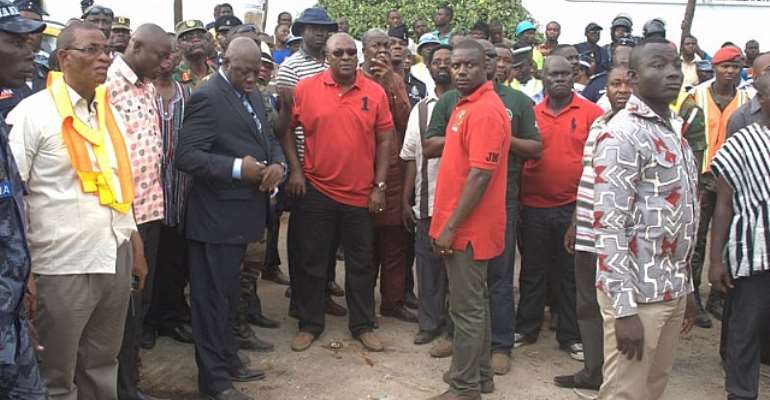 Accra, Nov. 7, GNA - President John Dramani Mahama on Wednesday ordered a 24-hour search and rescue operation to save the lives of people trapped in the collapsed building that housed the Melcom Shopping centre at Achimota in Accra.

President Mahama, who suspended his Election 2012 Campaign tour of the Upper East Region and returned to Accra, said every effort should be made to save the lives of those still trapped under the rubble.

"Every minute means much to somebody's life. Let us work in a 24-hour cycle," he said, when he visited the site of the accident.

President Mahama however warned that whoever was responsible for the negligence that had caused the disaster would pay the price.