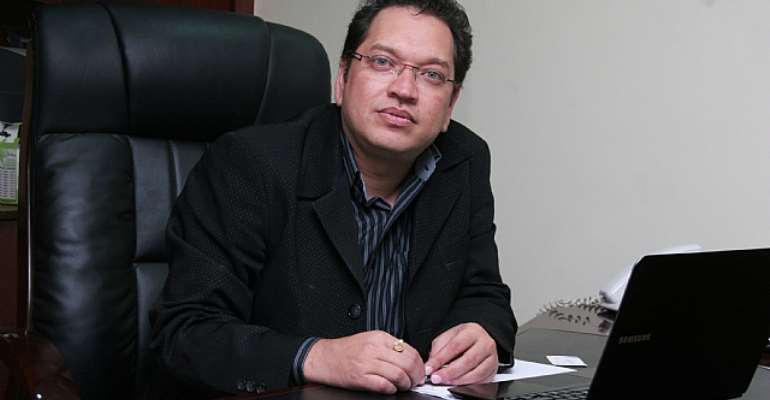 MITSUMI IT Distribution, one of the Africa's largest IT distributors, has signed a contract with Dubai World Trade Centre for its first time ever participation in GITEX Technology Week 2012, the Middle East, Africa and South Asia (MEASA) region's premier information and communications technology (ICT) event. GITEX Technology Week 2012 runs from October 14-18, 2012 at Dubai World Trade Centre.

This year, for the very first time, MITSUMI will exhibit its world-class product portfolio from renowned global vendor partners HP, Dell, Acer, Toshiba, Lenovo, Samsung, Microsoft, BenQ and Tripplite at the prestigious event. The MITSUMI DISTRIBUTION AFRICA stall will be located at A8-10, Hall 8 during GITEX 2012.

With GITEX having an “Africa in Focus” theme this year, MITSUMI is expecting an increase in the number of delegations from countries that have expressed interest like Algeria, Kenya, Libya, Cameroon, Ghana, Morocco, Nigeria, Tanzania, Ethiopia, Uganda and Tunisia among others. MITSUMI's participation at GITEX 2012 is to ensure the company's commitment to showcasing the rich opportunities available in Africa and to cement and further grow its reseller and vendor partner base.

As part of GITEX's “Africa in Focus” campaign, the GITEX team met representatives from Rwanda, South Sudan, Tanzania and Uganda. While in Nairobi, the team met officials from Kenya's ICT Board, who have announced their goal to be among the top 10 ICT hubs in the world. Kenya's national ICT Master Plan, an initiative by the Ministry of Information and Communication, aims to drive aggressive growth in the ICT sector by 2017, contributing 25% to the country's GDP.

MITSUMI IT Distribution has an early-mover advantage in Africa since the company was the first to establish a chain of in-country presence in these markets ranging from facilities like warehousing, stocking points and support service centres in 1996. MITSUMI has Sales offices in Kenya, Tanzania, Ethiopia, Uganda, Rwanda, DRC, South Sudan, Nigeria, Ghana, Ivory Coast, Benin, Algeria, Tunisia, Morocco, Mozambique, Zambia, Namibia, Mauritius and Madagascar which adds up to 15 Warehouses and 8 Service Centres, thereby, making it the only truly 'Africa Centric IT Distributor' guaranteeing maximum reach to all global IT vendors.

MITSUMI's regional geographical coverage and extensive customer base has made the Company the largest and fastest growing distributor in Africa. We will remain invested and create new business avenues to enhance life styles in Africa. We have established a reputation as one of the most dependable and customer centric distributor in Africa. We have a Pan Africa distribution strategy/vision, strong in-country presence and targeted marketing campaigns which will take MITSUMI IT distribution to the next level.

Jagat Shah – Chairman & CEO at MITSUMI IT Distribution said “As part of GITEX's 'Africa in Focus' campaign, World Trade centre has concluded a series of successful GITEX roadshows in East, West and North Africa. Last year, we witnessed a huge increase in visitors from different part of Africa hence, MITSUMI Distribution has decided to participate this year. We realise that GITEX is an excellent platform to showcase MITSUMI's Africa operations and consolidate partnerships. At GITEX 2012, our main message and thrust will be to increase partnerships thereby,propelling our PC & Components portfolio forward”

Trixee Loh, Senior Vice President at Dubai World Trade Centre, stated: “With Africa's growing economic potential, there is keen interest among technology companies in the continent to expand their business across borders to keep up with the demand. This has led to an increase number of African exhibitors looking to utilise GITEX as their platform for growth.”

Long ignored by foreign investors, African nations received about USD80 billion of FDI in 2011, a 27% jump from the prior year. On a global basis, Africa now accounts for almost one-fourth of total FDI.

Ernst & Young projects that by 2015, money flowing to Africa will reach USD150 billion, which will create 350,000 new jobs annually. Jagat Shah emphasised that there are challenges, but we need to start having a different conversation about Africa where we always focus on the positive stories. For MITSUMI, the story of Africa is a story of progress, opportunities, growth and a story of political and economic vibrancy.”

Eligibility Age to become President of Ghana: Lessons from t...
4 minutes ago