A Case For Community Service Sentencing 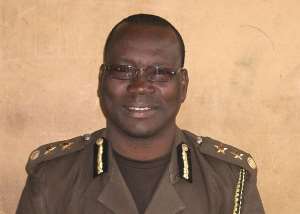 
In view of the ever increasing prisoner population leading to overcrowding in the country's prisons, there is a strong case for the introduction of community service as an alternative to incarceration.

Community service is reserved for those offences that would normally attract a short sentence. Offences such as theft, contempt of court, fighting, dishonestly receiving, drunk driving and other traffic offences such as driving without a license, could be considered for a community service order. The offender is deemed not to pose real danger to society.

Why is there the need for community service? The reason is simple, prisons are expensive to manage. It is a huge cost to the tax payer given the rather large number of prisoners in the country's prisons. We feed, clothe, and provide medical care and other basic necessities of life to our prisoners including rehabilitation facilities. The cost involved in the management of prisons is astronomical to say the least. Community service which is non-custodial is less expensive and easy to administer.

Before a court issues a community service order, it will need a social inquiry report on the offender. The report which will normally be prepared by an officer from the Department of Social Welfare will consider the work skills, qualifications, experience, interests and the willingness of the offender to agree to do unpaid work in the community should the order be issued. In other words, the judicial authorities will have to study the report to determine whether an offender is suitable for community service.

Community service should benefit both the community and the offender. Alec Samuels said it so well when he said: “A community service order is intended to be rehabilitative and reformative, constructive and positive, therapeutic, and if not punitive at least containing a strong element of discipline and personal rigour and effort.” There are ground rules to ensure the successful implementation of community service orders.

An offender is required to do unpaid work for a specified number of hours that the court spells out in the order. He will do the work under the supervision of an officer from the Department of Social Welfare.

There are situations where the court may order an offender to go to a specific institution for treatment of such conditions as anger management, drug and alcohol addiction among others. He must go to the treatment centre on a regular basis for the management of his condition. Unnecessary excuses will not be tolerated by the supervising officer.

He must be punctual and perform tasks to a standard acceptable by the supervising authority. The offender is not allowed to leave the community without taking express permission from his supervisor.

During the period of community service, the offender is not allowed to use drugs or take alcohol because of its implications.

The type of work the offender is required to do should be available in the community. Offenders could be made to do any of the following without being paid: tree planting, desilting drains and gutters, weeding or cleaning the premises of a courthouse, school or clinic as the case may be.

If an offender fails to complete the amount of work required by the court order, the supervisor will bring the offender before the court to justify the violation. If the court is not satisfied with the explanation given by the offender, it may impose a fine or commit the person to prison for up to the maximum period of time provided for under the applicable law.

Community service is strongly recommended for offenders who could face full time jail from one month to one year. Community service helps the offender to reintegrate into the community without much difficulty. This can happen since the offender is already in his community and can work to support he and his family. One of the good things about community service is the potential it has to reduce recidivism. Commenting on the usefulness of community service, Francis Crook, director of the Howard League wrote: “For the majority of non-dangerous offenders, community sentences are more likely to reduce the seriousness and frequency of re-offending. They help a person to take responsibility for their actions and put something back into the community, rather than sitting out their time lying on a prison bunk.”

From the discourse above, one can confidently conclude that community service can greatly benefit the nation. I humbly appeal to parliament, the people's representatives, the chief justice and the Prisons authorities to seriously consider the introduction of community service in criminal justice administration.