4 REASONS WHY WE WILL NEVER FORGET PRESIDENT MILLS 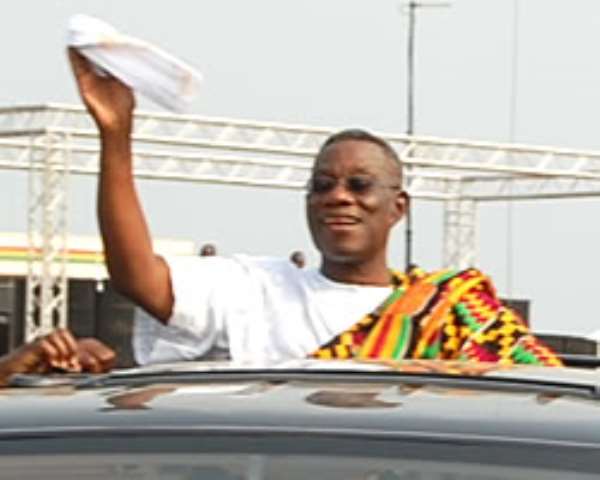 He Died Serving: He could have died playing hockey or lecturing at the university or being a tax commissioner but he chose to serve as a public servant. He died serving as president of Ghana. His sickness did not make him stop what he loved to do. Martin Luther King Jr. once said that if a man has found nothing to die for, he is not fit to live. Prof. Mills is fit to live in our memories because he died serving. Are you doing something worth dying for?

He Was Persevering: BBC opened his profile by summarizing his unyielding attitude towards getting his goals achieved. “It was third time lucky for John Atta Mills as he became President of Ghana after two failed attempts.” He had the spirit of Thomas Edison who failed several times before he succeeded in his career. Co-author of Midas Touch Robert Kiyosaki said, “Most people fail to become successful because they fail to fail enough.” Don't give up on your dreams.

He Promoted Peace: Everyone will be associated with one thing or another. Branding experts say what you stand for is what you are known for. His love for peace won him the accolade “asomdwe hene” (propagator of peace). What one thing do you stand for?

He Was Not Ashamed Of The Gospel: How many of us as Christians take Christ to the marketplace (professional fields)? The Prof. never failed to profess and live his faith. The Apostle Paul wrote in Romans 1:16 that, “I am not ashamed of the gospel of Christ.” He was an exemplary spiritual leader who glorified Christ in his field of work. Do you have Christ with you?

I know that in Ghana we criticize people for what they did not do. No one can claim perfection. But let's be like Sam Walton, the founder of Wall-Mat stores, who always visited his competitors' stores and looked out for the good things they did and copied them nicely. What will you practice from the life lessons of the late President Mills?