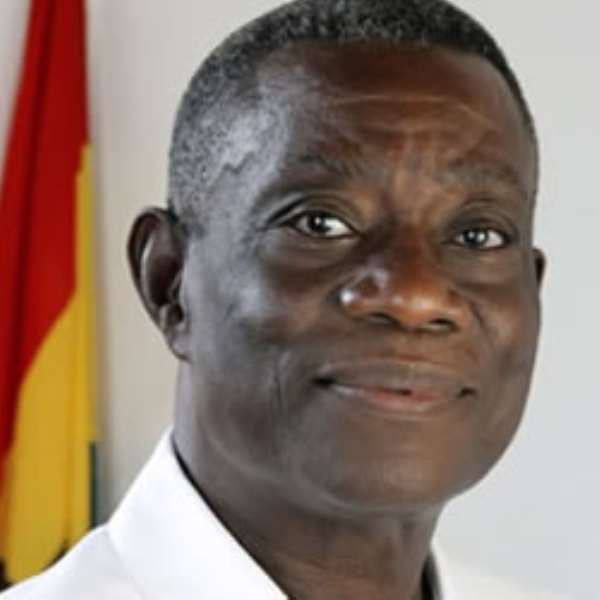 The Interim Executives of the NDC HOLLAND BRANCH on behalf of all Ghanaians in the Netherlands and Ghanaians in Diaspora wishes to express their deepest sadness at the sudden death of His Excellency John Atta Mills, whose sudden departure took place today 24th July 2012 at the 37 Military Hospital in the capital Accra.

Speaking to some Ghanaian residents in Amsterdam - Netherlands, a member of the Interim Executives Mr. Fred Morgan, expressed his sadness by saying may our late President's soul rest in peace in the heavens. Ghanaians from near and far in the Amsterdam area, were all shocked at the news with hoping and saying that it could be a hoax.

The Interim Chairman Mr A Dodoo was asked what the road forward would now be for the NDC party, and he candidly expressed the fact though today is a very sad day in the history of our land, Ghana, it also gives birth to a union that is bound to put the NDC party on a path of victory, stating that the soul of the late president has sacrificed itself for the people of Ghana, and that Ghanaians should pray for his soul to rest in perfect peace, as this paves the way all asunder to bury their differences and come together as one to build a Ghana where respect, honor and integrity rules our nation.

He went on to say that the NPP Party would no longer have any clout of weaponry, hence Ghanaians should be mindful of the utterances that the NPP would be using during their campaign. Urging Ghanaians to embrace the sense of unity that puts the national interest first in all matters to enable us build a social system that can be the envy of the rest of the world. NDC Party he said has what it takes to ensure that every Ghanaian matters in the quest for a civil society that is built on accountability, probity and social justice. He hoped that the NDC structures would be respected and adhered to, so that the right thing done for a successful 2012 campaign. He congratulated the Vice President for his succession but emphasized that President John Mahama should do the right thing by respecting the NDC structures/constitution.

The Interim Organizer Mr Samuel Lartey (best known as Tsorlor) finally added that NDC HOLLAND would be opening a BOOK of CONDOLENCE at the offices of RECOGIN GHANA (an umbrella of Ghanaian organizations in the Netherlands) at their Hofgeest premises in the Amsterdam Zuidoost area of the city of Amsterdam. Details of a formal funeral arrangements to enable Ghanaians in the Diaspora express their condolences and or pay their last respects to our late President would be announced later he added. Mr Nana Takyi Blankson of NDC Holland asked for the collaboration with and of all other Ghanaian organizations in the Netherlands to come together as one to help us mourn together the loss of Ghana's late President John Atta Mills.