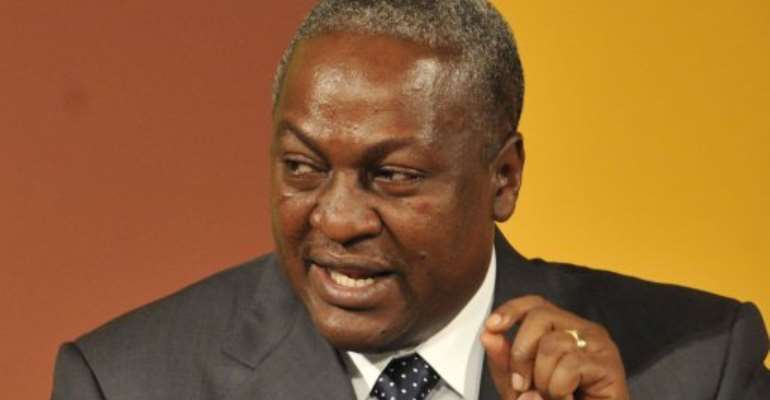 The country's chief justice swore in Mahama before an emergency session of parliament following Mills' death. Mills died as he was being treated for an unspecified illness at a hospital in the capital Accra.

Speaking before parliament shortly after his swearing-in, Mahama pledged to maintain stability and paid tribute to his predecessor.

"I wish Ghanaians to be assured that all is well," he said. "We are going to maintain the peace, unity and stability that Ghana is noted for."

Mills's death came five months before he was to run for re-election in the country seen as a bastion of democracy in west Africa.

The 68-year-old Mills, who oversaw the start of large-scale oil production in Ghana in December 2010, had recently traveled to the United States for a medical check-up, but the cause of his death was not given. He had recently shown signs of illness, including losing his voice and dropping weight.