By Mohammed Haddad and Dominique Soguel 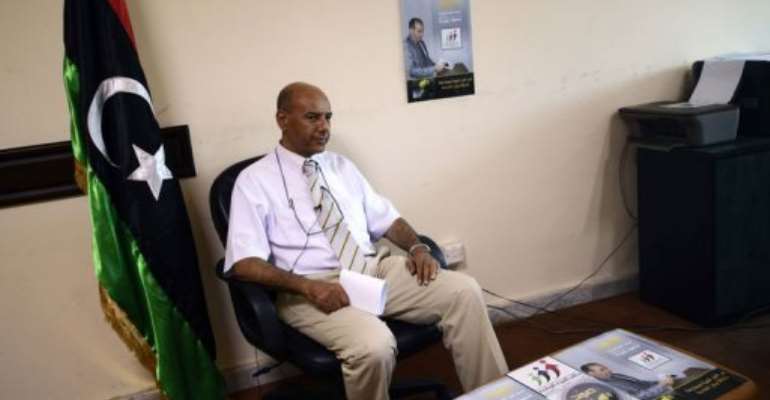 TRIPOLI (AFP) - A top member of Libya's liberal coalition, which claims to have swept 70 percent of seats reserved for parties in the next congress, on Wednesday rejected political Islam and called for a civil state.

"Our programme is a civil, democratic state based on institutions," he said.

"Talking about religion is avoiding the discussion of programmes. This is not the moment to talk about Muslims, apostates or secularists. We need to re-establish security and draft a constitution.

"Keeping in mind that this country is 100 percent muslim, Islam will be the main reference in the drafting of the constitution," he said, stressing that all political forces are in agreement on that point.

The NFA, however, is against consulting the mufti -- the country's highest religious Muslim authority -- when it comes to taking political decisions and drafting legislation, he said.

"At the NFA we do not believe in the ayatollahs, religious guides, or sacred legislators," he said.

Playing the "Islamist" card, he added, backfired for rival parties, including the Justice and Construction Party which was launched by Libya's Muslim Brotherhood, at the polls.

"It wasn't a smart move. Moreover, the people saw through it and gave their verdict through the ballot box," Krekshi said.

Libyans on Saturday voted for a General National Congress, a legislative assembly where 80 seats are reserved for party lists and 120 others are open to independents, in the first elections since the fall of Moamer Kadhafi's regime.

Preliminary figures, which are still being rolled out district by district, give a net advantage to the NFA, a broad coalition of parties rallying behind wartime premier Mahmud Jibril, over Islamist contenders.

"In terms of the individuals or independents, there are 40 or 45 who believe in the programme of the coalition. Until now, although we are still counting, the NFA has 95 to 100, or 50 percent of seats, in the next congress."

That number can grow through new alliances with individual candidates who share the coalition's drive to rebuild Libya, Krekshi continued.

Both Islamists and liberals are courting independents, who hold the majority of seats, in the hope of securing a clear majority.

"No doubt, we are in contact with independent candidates whose ideas correspond with those of the NFA," said Krekshi, listing security, stimulating the economy and reactivating the judiciary as top priorities.

The alliance, he said, is a non-ideological movement which is open to a broad spectrum of parties, where the only condition of adhesion is patriotism and a commitment to rebuild the country on the basis of knowledge and experience.

On security, Krekshi faulted the outgoing National Transitional Council for dealing with former rebels as part of the problem rather than the solution, stressing that reintegration and rehabilitation were essential to disarmament.

He also criticised the NTC for its last-minute amendment of its own constitutional declaration, which called for new national vote to elect a constituent authority, which was initially to be appointed by the congress.

Krekshi stressed that this decision, like other controversial legislation reflecting errors of judgement by the NTC, could be overturned by the next interim government.

"Thank God the people have voted and these problems will be over," he said.