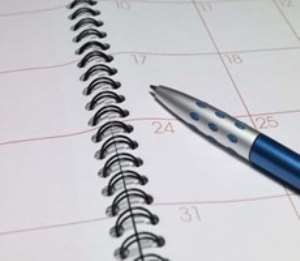 ArchiAfrika, a Worldwide Network connecting professionals, scholars and others interested in the African building environment, ArchiAfrika Educational Network (AAEN), has been launched in Accra.

It will be steered by ArchiAfrika Board Member, Mr Abdelmoumen Benabdeljalil of Morocco. Other committee members are Dr Lawrence Esho of Kenya, Prof. Alta Steenkamp of South Africa and Prof. George Intsiful of Ghana.

The network - a partnership between architecture schools across Africa, con was launched to climax a three-day conference hosted by Aga Khan Award for Architecture and Kwame Nkrumah University of Science and Technology (KNUST) in Accra.

As part of the conference, all participating schools were given an opportunity to showcase the latest developments in architecture in their respective countries and the state of the architecture and planning on the continent.

Other issues discussed included how to reshape architecture and planning education needs, and educational structures for architecture.

In a speech read on his behalf Mr Amaechi Ndili, an architect and key event sponsor, said he was encouraged by the establishment of the network and would continue to promote and support architecture education in Africa.

Mr Berend Van der Lans, Executive Secretary and one of the Founders of ArchiAfrika, said the network aimed at putting African architecture on the world map.

“There is a lot of attention in the architectural discourse for what is happening in Europe, the America's and Asia, but certainly there is also much to say about what happens in Africa,” he said.

Mr Van der Lans said since the start of ArchiAfrika 11 years ago, attention had been growing and there was a change in mind-set, partly due to ArchiAfrika's activities.

Professor George Intsiful, Head of Architectural Department of KNUST, said the educational network would "boost the capacities of architecture students in the form of exchange programmes with other universities in and outside Africa".

Mr Steve Lewis, Past President of National Organisation of Minority Architects (NOMA) in the United States, committed himself to connecting African American architects and architecture students to their African colleagues, to exchange viewpoints and feed the dialogue that at present hardly existed.

“This connection is a critical step for developing a strong link with the Diaspora, which can develop into building an infrastructure for an inspirational dialogue benefitting both ways,” he said.

Mr Farrokh Derakhshani, Director of Aga Khan Award for Architecture, one of the organisers, described the Accra Conference as historic moments that brought great thinkers together and would later prove to be the source of new directions in the history of African architecture.

He said the awards sought to project the broadest possible range of architectural interventions, with particular attention given to building schemes that used local resources and appropriate technology in innovative ways, and those that were likely to inspire similar efforts elsewhere.

The next awards will be announced in 2013, and nominations are currently being accepted.