The Persecution of African Migrants in the UK Exposed 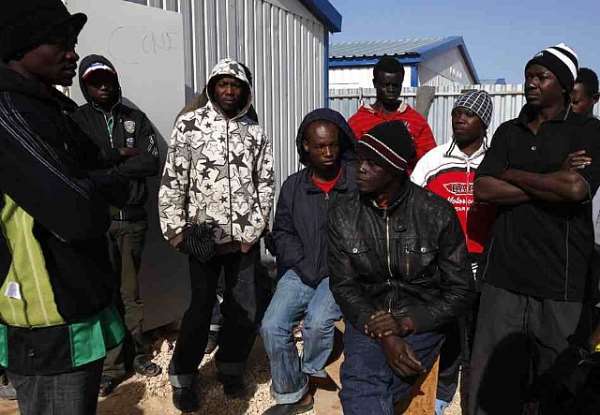 There is nothing more suicidal than being denied the sweet fruits of your labour. But pathetically, this is the kind of experience many illegal African migrants in western countries run into day in, day out. The unfortunate phenomenon I am about to recount is certainly not a new development; but the current global economic downturn, and the determination of greedy and desperate individual managers or employers to make extra money probably to satisfy their unquenchable hedonistic lifestyle, has made the phenomenon even more prevalent in western countries, particularly the UK.

Some rogue employers knowingly and deliberately hire illegal migrant workers, and capitalize on the fact that these persons are “undocumented” to blackmail them into accepting unfair low wages or forgoing their wages completely. I have encountered over 20 African immigrants (both men and women) in the UK who have had this experience within the last couple of months. This article thus seeks to advise African immigrants (mainly illegal migrants and those on students' visas) in western countries to be extra vigilant when looking for full-time jobs or accepting job offers.

Now let's take a look at this scenario:

An African immigrant in the UK enters the office of an agency advertising vacancies and in fact recruiting potential employees. He/she is given an application form to complete and told to provide only photocopies of their passport and other documents, which is exactly what most illegal migrant jobseekers want to hear. They are then instantly offered a difficult warehouse job – picking and packing heavy objects, including boxes containing giant bottles of spirits and other drinks, so that they get home feeling pains all over their body.

They do this kind of work for one whole month motivated only by the little money they hope to get at the end of the month. Then when the month comes to a close, they are invited by their boss to the office only to be told to submit either their original passport containing their working visa or documents that permit them to work before they are paid. They probably do not have personal passports let alone working visas. Challenging or suing the agency is not an option – because they (the immigrants) will rather end up in a detention centre as they themselves are “thieves” and “crooks”. So they silently walk back home, a cheated, dehumanized, ridiculed, and a mortified soul.

Then they throw themselves on their bed thinking about how to settle their rent and other bills. A phone call comes through; it is about a job they applied for a month ago. The company which pays weekly needs them to start work immediately, very probably because some of the regular staff have made unexpected sick calls or taken short holidays and they need cover. Should they decline the offer or accept it? They are in a tough dilemma. They desperately need a job and the money, so they will not let one unpleasant incident discourage them; after all, those whose children get drowned do not go on thirst strike – they still drink water, as the Akan proverb goes.

The immigrant does not even have money to pay for his/her journey to the address forwarded to them so they take another risk; they jump on a bus or train without a valid ticket to do the work. The week comes to an end, another week elapses and there is still nothing in the bank account they provided when they first submitted the job application form. They thus make their way to the office hoping to get cash or a cheque only to be told that their names are not on the pay roll yet, so they should re-submit their original documents for their names to be entered.

If you, the reader, would not describe this scenario as the signing of the death warrant of the poor immigrant, then how would you describe it? Do employers have to let foreign employees work for a month or more before they ask for their original identification documents? Were the transatlantic slaves not treated better than this?

In fact some managers or employers in the UK deliberately employ illegal African immigrants and allow them to work for months only to secretly plan their arrest, detention and possible deportation with the immigration authority. The usual excuse these managers give for arranging the arrest of their illegal migrant employees is to avoid being issued with the so-called Notification of Liability (NOL) that attracts a civil penalty of up to £10,000 for each illegal worker employed. The poor illegal migrant workers' wages for those months of hard and intensive work are never paid before they are deported.

Some top money transfer agencies like MoneyGram also persistently rob illegal African immigrants of the little money that they are able to accrue. I am not afraid to name MoneyGram as one of the culprits because I can convincingly substantiate my allegation if the need arises. Again let us consider this scenario:

An African immigrant works hard to earn some money; he/she tries sending a widow's mite to the family back home via a famous international money transfer company. The agent at the counter effects the transaction without demanding any ID. The sender's family goes to the pick-up point in the home country only to be told that the money cannot be released until the sender goes back to the agent (usually a post office staff) with his/her valid ID. The sender is an illegal immigrant and afraid of being arrested if he/she goes with their virgin passport or the passport with their expired visa, so they take no further action, and the money ends up in the coffers of the money transfer company or the government of the country of residence.

Emmanuel Sarpong Owusu-Ansah (Black Power) is an investigative journalist. He may be contacted via email ([email protected]).