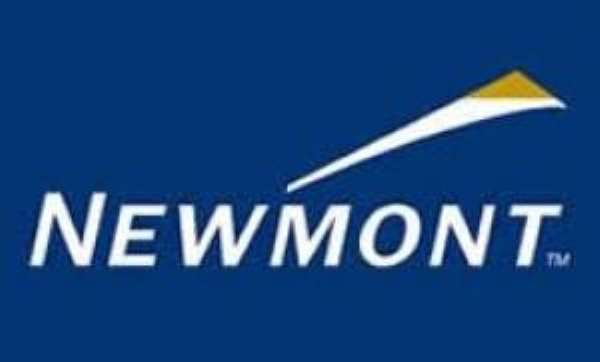 Kenyasi Number Two (B/A), April 2, GNA –Government has been asked to intervene to ensure that local communities enter into fresh negotiations with the Ahafo mine of Newmont Ghana Gold Limited (NGGL), as the company undertakes underground mining.

At a two-day workshop at Kenyasi Number two in Asutifi District of Brong-Ahafo at the weekend, participants observed that the activities of the mine had brought hardship to the people in the area as majority of them depended on farming for their livelihood but had lost their farms to the mine.

The Centre for Environmental Impact Analysis (CEIA), a Non-Governmental Organisation, (NGO) in collaboration with Humanity Focus Foundation (HFF), Gender and Environmental Monitoring and Advocate (GEMA) and STAR-Ghana, with funding provided by DFID and DANIDA, organised the workshop.

It was aimed at sensitizing political parties, Assembly Members, the Media and mining communities on the negative effects of mining on the environment, human health and livelihood.

According to the participants, the crop and other forms of compensation that the NGGL paid to the farmers who were directly or indirectly affected by the mine in 2005 could not sustain them.

They emphasized that the people could not bear the health implications associated with the on-going surface mining, saying the widespread of pollution of water resources, land deprivation and loss of livelihood had adversely affected the residents.

We note with regret that the principles in the Minerals and Mining Act governing compensation were not explained to the local communities before the NGGL paid them and as such many of the farmers were cheated.

They observed that due to the recent economic hardships in the area, divorce was on the increase as husbands could not fend for their families, while sexual promiscuity had reached alarming proportions.

The participants recommended that several changes be made in the Minerals and Mining Act as there were certain provisions in the law that benefited mining companies at the expense of affected communities.

They explained that because NGGL failed to train the farmers on proper financial management practices, many of them could not spend their monies judiciously.

Mandam Comfort Owusu, a farmer at Anyaakrom, said some women had deserted their husbands who could no longer provide for their households.

She cited that before the advent of NGGL in the area, food was abundant in the area, with large quantities even left to rot on farms “but the situation has become very different now as all our farmlands are lost”.

Madam Owusu said the current hardship in the communities had compelled some parents to allow their children to engage in illegal mining (galamsey) but expressed worry that the practice was very dangerous.

A participant told the Ghana News Agency (GNA) on condition of anonymity that recently one of the pits at a galamsey site at Kenyasi number one trapped five people to death.

Mr. Samuel Obiri, Executive Director of CEIA, said a study conducted by the organisation in Tarkwa in the Western Region and its environs revealed as many as 177 or more water bodies were polluted by toxic chemicals as a result of mining activities in the area.

Also, the mean arsenic concentration in River Aprepre in Dumasi, a mining community in the Prestea Huni Valley District is 1.984mg/L instead of the World Health Organisation (WHO) permissible guideline values of 0.01mg/L and 1.0mg/L.

Mr. Obiri said based on the ingestion of high levels of toxic chemicals in Tarkwa and its environs, a cancer health risk study by the CEIA showed eight out of 100 adults and nine out of 100 children suffered from cancer related diseases.

He said risk factors for contracting respiratory diseases as well as sexually transmitted infections were very high at Tarkwa and other mining communities.

Mr. Obiri expressed concern about the violation of fundamental human rights of residence of gold mining communities, citing that in most host communities, mining companies engaged the services of state and private security agencies to molest residents to protect their concessions