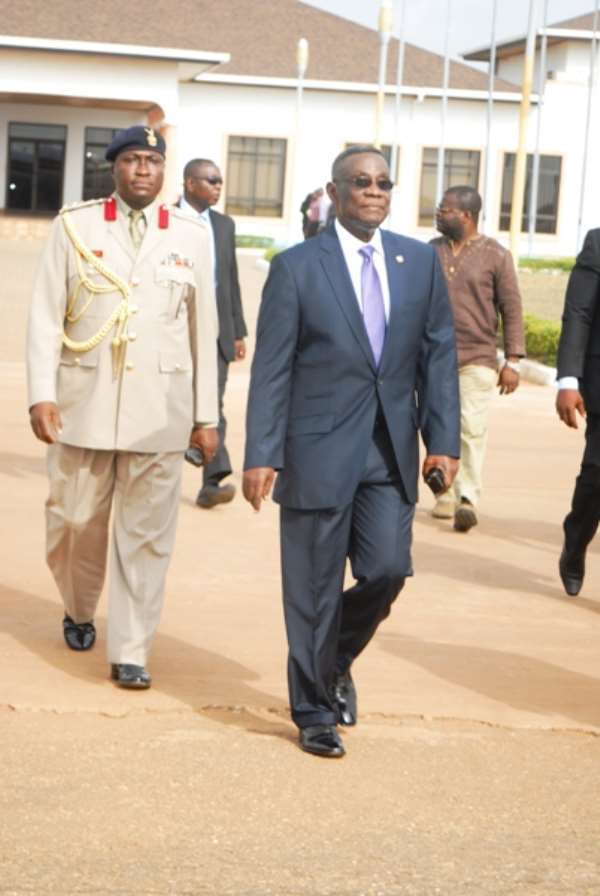 Accra, March 27, GNA- President John Evans Atta-Mills has left Accra to attend an extraordinary session of heads of the Economic Community of West African States (ECOWAS) on the situation in Mali.

Briefing journalists, Alhaji Muhammad Mumuni, Minister of Foreign Affairs, who accompanied the President to Abuja, Nigeria, said the meeting was to look at and brainstorm on ECOWAS' position on the crisis.

“ECOWAS has standard approach to issues relating to unconstitutional overthrow of governments and it is expected that it would probably be suspending Mali from the Community,” he said.

The Community would also appoint a mediator to engage the parties on the ground, with a view to getting the situation reversed and returning the country to a constitutional disposition, he added.

Following a military coup last Wednesday, which ousted Malian President Amadou Toure, the African Union has suspended Mali from the organisation until constitutional order is restored, while the European Union has suspended its development operations there until the security situation becomes clear.

The United States has also suspended a portion of its aid to Mali in the light of last week's coup in the West African nation.

President Mills is expected back in Accra later today.

Meanwhile, Vice President John Dramani Mahama returned this morning from his trip to South Africa, where he led a government delegation to hold discussions for cooperation with leading South Africans in the areas of Communications Technology, Mining, Defence Technology and Infrastructural Development.