MASLOC to empower drivers to own taxi cabs 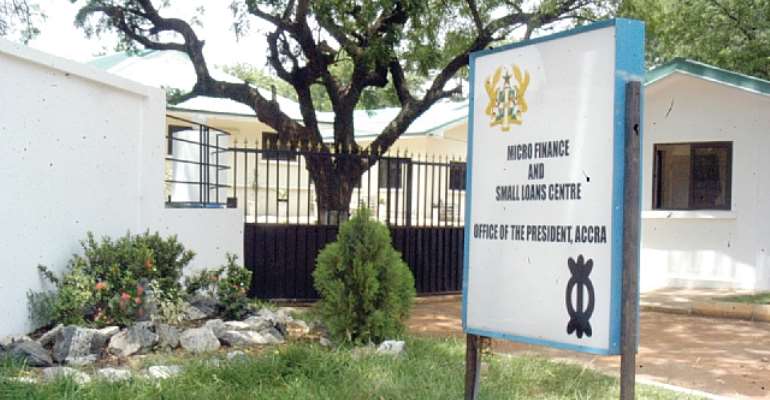 Accra, Nov. 17, GNA - Microfinance and Small Loans Centre (MASLOC) would in January 2012, under its Vehicle Hire Purchase Scheme, distribute 500 Hyundai i10 saloon cars to productive unemployed professional drivers who want to own their taxis.

The scheme is targeted at empowering individual drivers, especially the youth, who belong to Taxi and Drivers' Unions to own their vehicles after paying the loan facility within a four-year period.

Miss Bertha Ansah-Djan, Chief Executive Officer of MASLOC disclosed this to the Ghana News Agency in an interview on Thursday in Accra.

She expressed the hope that the roll out of the scheme would gradually help in facing out old and rickety vehicles and to reduce road crashes caused by such vehicles.

Miss Ansah-Djan said the scheme would encourage many beneficiary drivers to drive carefully and to use authorized routes since as car owners they would be under no pressure to make their daily sales.

She said the repayment of the facility was flexible such that the drivers could decide either to give daily, weekly, bi-weekly or monthly an amount of not less than GH¢ 25 a day.

Miss Ansah-Djan said though the driver would be financially responsible for car maintenance and routine mechanical servicing, they were to partronise only approved service centres authorised by MASLOC.

She said MASLOC had formed a partnership with the National Drivers' Academy to train beneficiary drivers on the importance of car maintenance, proper dressing and grooming and best passenger relations.

Miss Ansah-Djan said Ghana served as an attractive destination because the country was rich in natural resources including the commercial production of oil and gas.

She said taxi drivers were the first point of call to tourists, stressing the need for drivers to be properly groomed to bring out the best in them.

Miss Ansah-Djan encouraged women to participate in professional and commercial driving and advised drivers and motorists to observe traffic regulations and safety tips to prevent road crash during the upcoming yuletide.

On the 2012 budgetary allocation to MASLOC, she expressed gratitude to government, stressing that her outfit would engage in a number of income-generating projects in 2012.

Miss Ansah-Djan said one of the projects the Centre would undertake would be to provide funds to mechanics to enable them to purchase modern gadgets to diagnose and repair contemporary mechanically-faulty vehicles.

In addition, she said, the Centre would vigorously pursue fish farming activities to encourage farmers to engage in hatchery for the production and breeding of fingerlings.

She said MASLOC would provide support to economic activities at the agro-processing sector to make them viable and sustainable.

Government on Wednesday voted GH¢ 35 million for MASLOC in the 2012 budget to enable the Centre to continue to support the value chain processes through the provision of loans.

Dr Kwabena Duffuor, Minister of Finance and Economic Planning announced this when he presented the government's 2012 Budget and economic policy to parliament in Accra.

MASLOC was established to provide, manage and regulate, approved funds for microfinance and small scale credit schemes and programmes.

The Centre targets mainly the productive poor and vulnerable in society, including women, physically challenged and youth, who are engage in micro and small scale businesses to provide quick and easily accessible micro-credit facilities to reduce poverty and create employment and wealth.