Do we Go Nuclear or Stick to the Extended Family Unit? 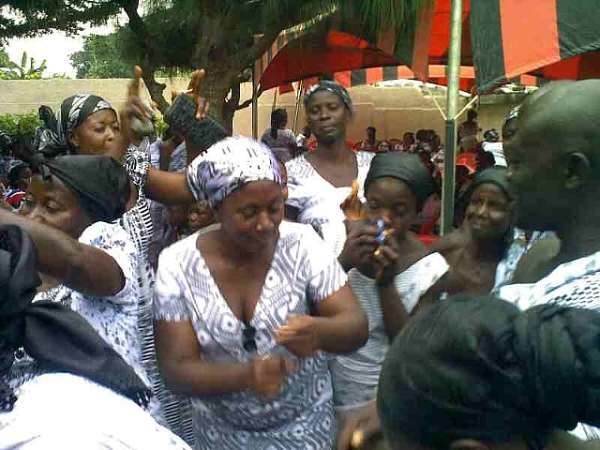 The huge negative socio-cultural influence that the West is having on contemporary Africans has quite extensively been discussed by concerned African analysts and educators. They rightly maintain that neo-colonialism is indirectly 'de-culturalizing' Africans by systematically stripping away our ancestral values, beliefs, lifestyle or heritage, and replacing them with western or the colonizers' culture and beliefs. Two of the negatively influenced African values that have not been given sufficient attention and which this article seeks to address are: the indigenous family structure and languages.

The extended family system has been the basic family structure in almost all African cultures since time immemorial. Even though the term is interpreted in different ways by different people, it is usually used in the African context to refer to families which extend well beyond the nuclear model, embracing grandparents, parents and their siblings, siblings and their children, wife and children, grandchildren, cousins and their children, grandnephews and grandnieces, and a number of other relatives referred to as distant relations. The extended family in brief, refers to people related either immediately or remotely by blood. The family is usually headed by one of its elderly members. This system makes it possible for many generations to live under the same roof in many African cultures. Collectivism thus becomes a key feature.

Unfortunately however, Africans' regular contact with the West is resulting in the breakdown of the extended family system within which the individual feels much more supported, protected, secured and loved; and where each serves as his or her brethren's keeper. The West portrays this indigenous African family structure as obsolete and having no place in modern or contemporary society. Once this belief is entrenched within the minds of some indigenous Africans, they are left with no other option than to forcefully assimilate into the western lifestyle. Those opposed to the extended family unit argue that it destroys individual privacy as family members easily meddle in the affairs of others, creates unnecessary quarrels and conflicts of opinions especially between the older generation and the younger generation (as the former imposes its beliefs on the latter), puts financial strain on the person who earns the most, etc.

Today, many Africans especially those in urban communities and western countries, influenced by the western culture, are embracing the nuclear family system which only isolates them from most of their relations and exposes them to all sorts of hazards, temptations and vices. One may not realize the massive relevance of the extended family structure until they find themselves in the midst of societies that embrace the nuclear family unit, or they embark on ethnographic study of some western societies. Embracing the nuclear family system may of course relieve one of what they might call “non-obligatory financial responsibilities”; however, one needs not struggle at all to establish some of the serious consequences of adopting this western way of life.

The Austrian cellar case in 2008 where a man, Josef Fritzl, imprisoned, beat and sexually abused his daughter in a windowless cellar for 24 years, during which time he fathered her seven children; and the Missouri (USA) incest case around the same period where a man, Danial Rinehart, molested his teenage daughter for about 6 years, fathering four children with her and causing the death of one of those children, clearly buttress the relevance of the extended family structure. These two extraordinary cases could hardly happen in traditional African communities where the extended family system is promoted. Again, isolation and loneliness are listed among the major factors responsible for the swelling cases of suicide in the western world.

Many young Africans are quite conversant with their local languages and very much in touch with their history and culture thanks to the close relationship they had or have with their aunties, uncles, grandparents, etc. Obviously some of the folklores that were narrated to us by some members of our extended family as kids gave us a broader perspective of life and have considerably helped shape the moral and social lives of many of us. Interestingly, I got to know my own mother's real name at the age of fifteen through a member of my extended family even though my mother was still alive. Interestingly, she was called, all her life, by a name that had been imposed on her for superstitious reasons and not the one that was officially given her during her naming ceremony. As a matter of fact only a fraction of the exposure and experience gained in an extended family can be acquired in a nuclear family unit.

The extended structure is particularly important in countries like ours where most people especially the elderly are not granted adequate financial and social security or protection by the system or the state. With the collapse of the traditional extended family system in many African societies, individualism, disintegration and antagonism have come to substitute the sense of community living, unity, and togetherness that once formed the nucleus of indigenous African societies.

Most African countries have also adapted colonial languages as the official language of administration and justice. In Ghana for instance ruling classes use English in their social and political discourse, and many educated parents compel their children to speak English at all times, so that they grow up ignorant of traditional vernaculars. This stems from their belief that lack of control over the English language means backwardness. Professor Wiredu quite rightly argues that the very fact that education was and is still being delivered in the medium of a foreign language, 'de-Africanizes' the indigenous African. He explains that the African who has for instance learnt philosophy in English, French, Portuguese, German or Spanish 'has most likely become conceptually westernized to a large extent not by choice but by the force of historical circumstances.'

Pathetically, many people in Ghana (especially in the rural areas) ignorantly use fluency in the English language as a benchmark against which the extent of one's academic prowess or competence is assessed. One observation made back in high school was that many of the students who came from what was unfairly dubbed “village schools”, many a time struggled to perform well in arts related subjects (what was also known as 'reading subjects') as most of them knew very little English; but they were the best in Mathematics, Additional Mathematics and in some cases Accounting (which are all basically about formulae and calculations). It is very probable that their performances in the 'reading subjects' would have been great if they were taught and had the privilege to write in their mother tongue.

Africans have still not been encouraged or motivated to engage themselves in the study of their own local languages. The irony is that there is without a doubt no western country where the indigenous language is not thought as a compulsory subject at the primary and secondary level. Many brainy sons and daughters of Africa have been and are still being compelled to remain at the bottom of the academic ladder and/or the ladder of success due to their inability to express themselves well in those foreign languages that have been declared official languages in their various countries. Less qualified people have been offered high positions just because they can speak fluent English, French, Portuguese, etc., whiles highly qualified and experienced ones have been denied jobs because of their lack of control over one or more of these languages.

Whatever other people's opinions might be on the issues discussed, common sense dictates that one should not throw overboard what is one's own in favour of a foreign one for no tangible reason. It must however be emphasized that this article does not support the opinion or suggestion by some indigenous Africans that the continent should entirely sever links or relationship with former colonial powers or the West. I believe that any attempt to discard everything western would not only be irrational but pure folly. Intensifying the preservation of indigenous culture while welcoming relevant external ones is what I rather propose.

Emmanuel Sarpong Owusu-Ansah (aka Black Power) is a lecturer and an investigative journalist in London, UK. He is the author of 'Fourth Phase of Enslavement: unveiling the plight of African immigrants in the West'. He may be contacted via email ([email protected]).