Why are African, Asian and East European Countries Impoverished whiles the Western World are Developed and Richer? 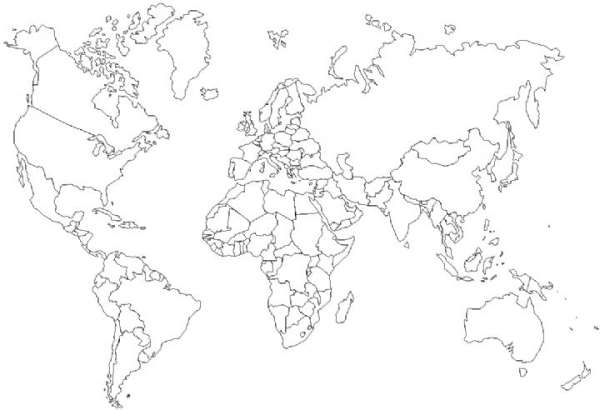 This article investigates and suggests some of the reasons why Western European countries, America, Japan, Canada and Australia are better developed and richer but their counterparts in Eastern Europe, Asia, Africa and South America languish in poverty and under-development. Whereas some countries are on the path of rapid socio-economic growth, development, self-dependence and wallowing in relative prosperity, others languish in depression, under-development, dependence and immiseration. The usual sudden conclusion drawn by many people including supposed scholars is because, the West have exploited developing countries for years and it is a trend which continues till this day. With any further detailed analysis, these trends are usually blamed on several factors with the most accusing fingers pointing to Western European colonialism. Besides the above, in Africa, an extra factor of the 400 years long slave trade that was abolished 200 years ago epitomises and takes a big chunk of the blame. Assuming that these cited factors are compelling enough to justify under-development and poverty, should they be enough excusing grounds for developing countries of Africa to be in a continuum of relapsing and sinking into destitution as the whole continent finds itself in? Have we grimly resigned to the accursed descendants of the Biblical Ham factor? Have we also carefully assessed the “own fault factor” which accounts for a good deal of the blame that we seldom mention?

Most economics scholars of repute and political scientists would not hesitate to point to Western economic constraints such as the World Trade Organisation, IMF and World Bank as some of the major impeding factors that exert some sort of allelopathic influence on the socio-economic growth of developing countries of Africa, Asia etc. Let us accept that our governments are forced to take draconian loans from the above named financial institutions of the Western world, have we ever asked ourselves why we should take IMF or World Bank loans at-all? WTO determines the allowable quota of some of our commodities as well as putting price tag on our exports whiles at the same time Western manufacturers dictate to us their fixed prices on their exports. The answer to some of these issues comes later in this discussion.

The above total of 14,398,000 are souls recorded to have been lost to civil wars and counted as dead in a span of just 42 years. It does not include those who have been displaced from their homes to other countries world-wide by reason of homophobic regimes sweeping across Africa. In another half of a century, if the trend continues as African countries relapse into a state of anomie for whatever reason, over 50 million more souls could be lost to civil wars whiles 100 million able-bodied men and women would have deserted the continent, a potential displaced workforce to be lost. In counting the cost to lives lost to the African continent due to our own perpetrated atrocities, mention must also be made not only of deaths but also of property lost, damaged and destroyed; the cost of which has not been assessed. Again, the figures shown here in this article are for those perished through civil wars without mentioning those of other gory political conflicts that pervade throughout the continent which are hodienal occurrences. Similarly, other direct fiscal costs involving the procurement of weapons run into billions of US Dollars which have either been paid or must be paid by later generations. The direct cost of self-inflicting conflicts in Africa both tangible and intangible has been immense and continues to escalate however these have not come about without a genesis.

The entire African continent was colonised during the era of the scramble for Africa hence the frustrations of Africans were blamed on colonialism. This phenomenon did not escape the attention of the recently emerged Soviet Union that had come into being in 1917, sweeping through imperial Russia, toppling the Emperor and the ruling class. Lenin had indeed been convinced by Carl Marx's theory that capitalism would soon collapse than later and give way to a socialist society run by workers that would be devoid of exploitation and rather establish equality for all. Applying Marxist political theory in Africa was difficult because with the exception of South Africa and North Africa, the continent was mainly rural with no large scale industry hence little urban working class. Though there was trade it did not amount to capitalism however, with the presence of colonialism and imperialism, Lenin and his successor Stalin took them for evidence of Western European capitalism that was deemed to be in its death throes. Africa therefore became a target to be included in the Marxist Leninist vision. I wish Marx, Lenin and Stalin were alive today to see what has happened to their poisonous doctrines that have murdered tens of millions.

Marxism, Leninism, Stalinism and all the personalised isms have brought nothing but chaos anarchy, poverty, hunger, malnutrition, disease, oppression and suppression, frustration and anomie to countries that were gulled by frustrated wrong-headed theorists with plausible but impracticable ideas that gave birth to communism. Along with communism came dictatorship intolerance and homophobia into African countries that blamed their frustrations on colonialism but could subsequently not rule themselves when offered the opportunity to do so but rather do keep on making things worse. When Western colonialism ceded, in came Soviet freeloading invigorated colonialism of Russia-controlled self-rule of the comrade fraternity, aimed at strengthening military strength for self-destruction. Under Russian communist proposed personalised ism regimes as it used to be before the fall of communism, the dream take-over that Carl Marx got woefully wrong, such leaders would murder invaluable citizens, the least being imprisonment or fleeing with their knowledge and contribution to national development drained to elsewhere. It is therefore not just unbelievable but also unthinkable why African leaders and some scholars of African extraction have been so glued on to bogus communist ideas that cause misery and take Africa for a sort termitarium as it was in the collapsed Soviet Union and its sister affiliate countries of Eastern Europe. Below are some of the factors that led to the fall of communism in Europe and the demise of the Soviet Union.

Many things led to the fall of communism in Russia. An oppressed people will always yearn to breathe free. Any government that systematically oppresses its citizens into submission and obedience will eventually see a backlash against the ruling regime. This is what the leaders in the U.S.S.R. faced that culminated into them voting their Communist government out of existence in 1991. Just because Communism was voted out of Russia did not bring the impoverished nation into extinction. More than seventy years of a failed utopian idealism that was coercively placed upon the citizens brought the fall of the Communistic rule in our present time. Promises to the people from the Communist government to supply all their need so that they would live comfortably did not come to fruition. The masses became restless and demanded change. In Carl Marx's view, what he dreamed of as emancipation of the working class and their participation in rulership has become one-man hereditary show. Typical examples are North Korea and Togo.

African countries and others world-wide that were misled by communist ideals now find themselves in a quandary. African countries have rather eclectic regimes that are so confusing with the vestige of communist principles and philosophies pervading our political doctrines. Though many African countries claim to be democratic such as voting in multi-party elections, elements of autocratic dictatorship underscore our democracy. Human resources needed for national development continue to be selective based on party political leaning. Cronyism that trails corruption along with it remains the order of the day whereas in democracies of the advanced Western countries, corruption as a human tendency has been curbed because State institutions are autonomous and indiscriminate in their functioning.

Whereas in UK and elsewhere in the developed West, members of Parliament are susceptible to the full rigors of the law apart from a few Parliamentary privileges they enjoy as public officials, in Ghana and elsewhere in Africa, public officials break the law with impunity because the rule of law can even be hijacked with the use of party thugs let alone not applying. African countries must not be ashamed to denounce all communist tendencies of power wielding and embrace liberal democracy that can give us the right impetus to kick-start our socio-economic development. Unless we can sit-up and think and reason reasonably as Singapore, Malaysia and Botswana have done and achieved socio-economic independence, we shall remain gaucherie of humans and continue blaming it either on colonialism, slave trade, Western world financial institutions or on the factitious Biblical Ham's curse. Furthermore, the IMF etc were not established to fund for civil wars however if civil war-torn impoverished countries forge documents to wheedle and convince the IMF and World Bank of economic growth, they will certainly give out loans requested however if the governments concerned choose to pay off war debts or feast on kebabs that is where the problem lies but not with the lending institutions who aim to cushion us out of our problems