When we sell the wrong dreams 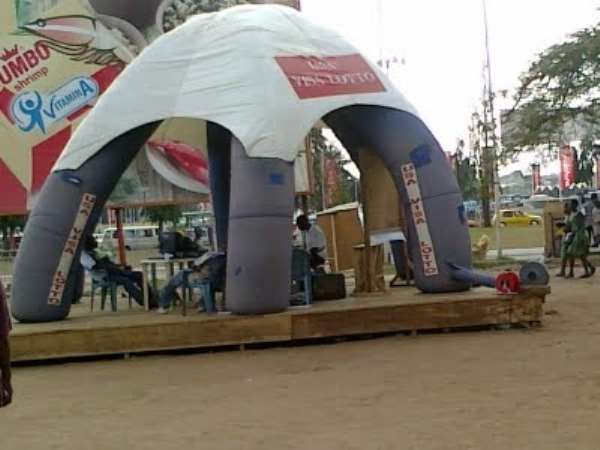 You know what they say about being careful what you wish for? Well, when I was seeking a new experience last week, I had no idea that I was about to experience the real deal, something unwished for, and that when it happened, I wouldn't want to blog about it. Imagine that your car did 3 summersaults, then crashed on the motorway whilst you're driving and you survived. That's some story alright. But who would want to blog about that? You'd just want to get on your knees and thank whichever God you serve for being alive.

See, the experiences that really make you grow and stretch...they don't make for good blogging material. Who wants to read about real, raw, honest, stuff? It's not “feel-good”. It's not fun. So i'm sorry that I promised a fun blog and today, all I have to share is something that leaves a funny taste in your mouth. I wish I didn't have to be the one to remind you that our world is a dangerous place. That some Ghanaians feel trapped and are looking for a way out... any way out. That maybe honesty is a luxury. That we live in a society that sells the wrong dreams. And that when we sell the wrong dreams, people will find ways to have those dreams. Even dishonest ways. And if they do, we pay the price. That we're all vulnerable. I wish I didn't have to tell this story, but it's the only story I have and it's true.

So let me share with you what happened to me before tomorrow comes and we all snap back into life as we know it.

After nearly a year in Ghana, I moved from my parent's home. I found a nice little one bedroom self-contained place at North Legon. Spacious living room. Roomy bathroom. Lots of light. Good floors. Great neighbourhood. Tarred roads. No kiosks. Almost an affluent neighbourhood. Someone said I'm socially climbing. Which made me laugh because I'm hardly trying. My new neighbourhood seemed to me like the kind of place where people live in their guarded, high-walled houses, disconnected from the life on the streets...hardly the kind of place you'd expect to find desperate people. And now that I think about it, not exactly my kind of place...but I guess I was tired of looking, and so because I liked it, I rented it.

I rented it from two men, Kofi and Sammy. Sammy used to live in the space I now occupy and he told me that his mother is abroad, and as he was about to join her, she'd told him to rent the space out for 2 years. As is the practice here, I paid my two years rent in advance, signed a housing contract, and moved in.

About 10 days later, as I'm about to get ready to go to work, I hear an insistent knock at the main gate. I run out in my itsy bitsy night clothes, to let in an old woman, who, accompanied by a youngish man, informs me that her daughter owns the house and that Sammy did not give them the money. Great! It is at this time that Kofi the caretaker, who was present when I signed the housing contract, and who lives in a different part of the house now comes to tell me that Sammy had actually gone abroad but had been deported back to Ghana. Niiiice! So my rent has been spent by Sammy and no one knows what to do.

Initially I'm shaken. I'm not sure what to do. So Ms. Independent calls her parents. But what can they really do? It's the kind of thing that makes you wish you had more people to rely on, and makes you realise that however dysfunctional your family is, they may be the only people you can really ever count on.

Over the next few days, one of the neighbourhood boys tells me that Joe the caretaker is planning to run away. I tell the old woman this and she turns around to inform Kofi that I plan on arresting him. Somehow I manage to take Kofi to the Madina police station as I suspect him of colluding with Sammy and because of the tip off. But at the police station, there is a long line, and the sergeant allows only the 1st three people to stay inside. He instructs the others to stand outside. So Kofi who has to stand outside runs away by the time the sergeant gets to me. Wow!

That was 3 months ago, and I am fine. The owner of the house came 2 weeks later and asked me to move out. I refused. The police fully back me, saying that since the owner of the house entrusted the house in the care of the two men, if they chose to rent it to me, she has no right to evict me. I've settled quite comfortably into my space and now that Kofi has run away and Sammy, having been deported back to Ghana has gone underground, I have the whole house to myself. Sweet!

This is where the story would usually end. I mean I got what I want. Why should I care about Sammy? But Sammy wrote a letter to her aunt begging her forgiveness and saying that he did what he did because it has always been his dream to travel abroad. As he was not getting any help to make this dream come true, one night, as he was praying God gave him the idea to rent out the house in order to realize his dreams. Sammy did not seem to me like a rogue. And all the neighbours who hear of his misconduct are shocked. They describe him as a very respectful, deeply religious boy. His grandmother describes him as a good boy who was misled by Kofi. She thinks that it was Kofi who planted these travel ideas in Sammy's mind. So the question I ask myself is how did a good boy like Sammy get so sold on the dream that he would act contrary to his general good nature by doing what he did?

The allure of life abroad. The whole country seems sold on this dream. It doesn't matter whether they're educated or not. Rich or not. Recently it was reported on Ghanaweb.com that Ghana topped the number of green card lottery winners. In the middle of an economic recession, Ghanaians are scrambling over themselves to go to America. Pregnant women in Ghana are doing anything to have babies in America. Ghanaians abroad, even those who have lost their jobs, holding so tightly to America, it makes me wonder how they swallowed the lie so whole.

I think many Ghanaians who do desperate things to travel or remain abroad do so because the only dream they know is the American dream. Or the Abroad dream. In recent years we've seen people wearing t-shirts that read “I'm the Ghanaian dream” or “I'm the African dream” and it makes you wonder what the hell they're talking about because currently, there's no such thing. The dreams we're currently selling are not our own. Maybe that's the problem.

What would the good life lived fully in Ghana look like? What would the Ghanaian dream look like? A life in which your starting capital for your business comes from Ghana. And your house is built or bought using money that was made in Ghana. And your skills are developed in Ghana... A life where we look inward for solutions. A life where we feed and clothe ourselves. Where soon to be parents believe so strongly in the possibility of making a good life in Ghana that they see no reason to facilitate their children's emigration by having them in America. A life in which I'll have my children in Ghana, educate them here, and equip them so they can build businesses, and create wealth and employ Ghanaians educated in America or even the Americans themselves. A life in which people who want to be doctors do not sneer at curing malaria. In which the highly educated are interested in solving basic problems because that's what we have. A life in which we too can teach the rest of the world a thing or two about life because we have found solutions on our own. A life in which our cultural festivals are so relevant and top of the mind, my kids can brag about them in the ways that some Ghanaians today can talk up the Kentucky derby. A life in which our young can dream dreams solid enough they need not borrow those from America. A life in which our dreams are truly our own.

Is this too much to ask?

PS: Apparently 2 days ago, someone pitched a tent at Circle so people could get their photos taken and forms processed for entry into the US green card lotto. Cost? 6 cedis. Filla and photos supplied by Sir Kiwi