Transparency, Accountability and Participation: A formula to enhance the Governance of Ghana's Petroleum Sector 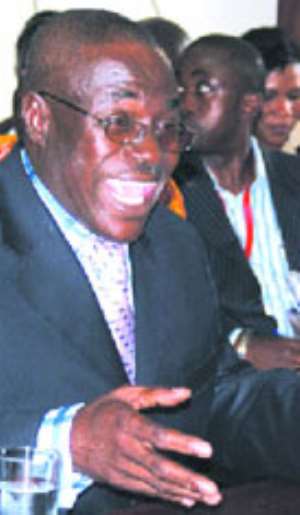 The recent discourse surrounding Ghana's commercial oil discovery and the Jubilee field, has centered on the regulation of the petroleum industry, revenue management, and, essentially, ensuring that Ghana gets as much value (financial and human resource) from the petroleum sector.

The various debates on how Ghana can get the most from its oil resources are indeed healthy, however, this article would like to look at the oil and gas from a slightly different perspective.  As Ghana is in the final stages of becoming an oil-producing country, how can the development of this sector be used as a tool to enhance transparency, accountability and participation, and thus further consolidate Ghana's democracy?

From a governance perspective, the entry of petroleum into Ghana's portfolio of natural resources is a double-edged sword: it offers a unique opportunity to strengthen good governance and participation in decision making, but, if mishandled, the oil and gas sector can undermine the democracy that we have fought so hard for.

Ultimately, the choice ours: we can lie docile and watch this opportunity slip between our fingers, or we can actively ensure that the development of Ghana's oil and gas is a blessing, not just in the financial sense, but also the institutional.

There are various examples of how oil has been used to strengthen democracy (referring to the likes of countries such as Norway and Botswana) but, unfortunately, the ills of countries such as Nigeria and Angola have been well versed, and the petroleum sector is in no small part responsible for exacerbating corruption, mismanagement of funds, and the ensuing crisis of governance.

Ghana is at a critical point in the development of its petroleum sector, and it is already showing some positive signs.  However, we cannot afford to be complacent, and the joint goals of transparency, accountability and participation must be vigorously pursued.

THE T.A.P. EQUATION AND THE NEED TO ENHANCE TRANSPARENCY, ACCOUNTABILITY AND PARTICIPATION

Transparency, accountability and participation are essential elements in ensuring the 'oil blessing'.  Without these vital ingredients, the petroleum sector will go down the same route as the mining sector, in not providing Ghanaian citizens with optimal benefits from its natural resources.

Secondly, there is growing cynicism amongst the general populace, regarding the political class and its willingness to serve the public interest foremost over and above their immediate material interests.

Thirdly, there also persists a mutual mistrust between citizens/civil society on the one hand, and the politicians and bureaucrats of the State on the other.

It is imperative that in the promotion of transparent and accountable management of the petroleum sector, these issues which border on the optimal promotion and protection of public interests at all times, are effectively addressed, in order to boost public confidence in the bureaucratic and political systems.

If public confidence in these systems is to be boosted, then there should be effective citizens' participation in decision making, pertaining to the setting of priorities in the use and management of petroleum revenues.

In order for this to occur, the information deficiency, that has plagued the Ghanaian bureaucratic and political systems for so long, must be tackled as a matter of urgency.

A culture of detailed record keeping and information management must be adopted to ensure that the information that the public requires access to is actually available.

The governance of the petroleum sector should include disclosure of public information, and citizens' access to such information and data pertaining to the use and management of petroleum revenues.

Excessive confidentiality clauses in petroleum agreements and bills threaten transparency and accountability. Although the need for certain kinds of confidentiality is necessary to protect commercially sensitive information, it is important that what is deemed as confidential is open to some form of scrutiny by an independent public interest body, and not left in the hands of politicians alone, which could lead to the abuse of such privileges.

Improved transparency will strengthen the accountability of the petroleum sector.

Citizens should have the opportunity to participate in decision making processes within the petroleum sector.  Citizens should be actively involved in the determination of development priorities, to which petroleum revenues shall be used.

This includes debating whether spending decisions and prospects adhere to the national development priorities.  The information on citizens' assessments and preferences on the use and management of petroleum revenues should be disseminated to government officials, who, as representatives of the people, are required to act upon these preferences.

HOPE FOR THE FUTURE
Although Ghana has some way to go with regards to ensuring maximum transparency, accountability and participation in its nascent petroleum sector, there are some positive signs.  In February 2009, the President, J.E. Atta-Mills, publicly declared the commitment of the government to publish all past and future petroleum agreements.

Although the publishing of draft bills was initially not so forthcoming, the government has finally made available to the citizens draft bills on petroleum revenue management, local content and participation, and petroleum exploration and production.  This is a most definitely a promising sign.

The recent civil society summit on oil and gas, which engaged a number of key stakeholders including government officials, civil society organisations, community groups and international agencies, was another significant stride in the pursuit of good governance in the petroleum sector.

The summit was a consolidation of recommendations obtained from citizens during nation-wide consultations on oil and gas in Ghana.

The summit resulted in a communiquÃ©, which was presented to both government and the media.  It is evident from the latest draft of the petroleum revenue bill, and the release of the draft petroleum industry regulation bill, that a large number of the recommendations of civil society were incorporated.

The remarkable thing about this is two-fold: firstly civil society managed to quickly organise and mobilise so that they could effectively engage with government to demand that Ghana's oil and gas is used to benefit the citizens of Ghana.

Civil society organisations ensured that they were well-informed, so that they could make constructive recommendations to government.

Secondly, the government demonstrated an ability to listen and act upon the concerns/ recommendations of its citizens. This demonstration sows the seeds of fruitful engagement between state and civil society.

No democracy can survive in the absence of a vibrant civil society, and the recent developments in the governance of Ghana's petroleum sector, show how potentially potent civil society in Ghana can be when it is organised and focussed.

One hopes, optimistically, that the constructive relationship between state and civil society will continue throughout the life of Ghana's petroleum sector, and not only be confined to the governance of oil and gas, but also have a knock-on effect on the regulation of other sectors of Ghana's economy.

Akufo-Addo going to IMF is not victory, it's a day of sadnes...
25 minutes ago