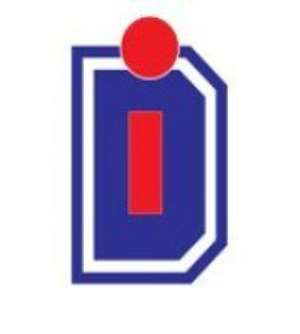 The talk in the United Kingdom now is not all about reducing the fiscal deficit which could be as high as £180 billion this year. It is also about electoral reforms. Even though the Liberal Democrat (Lib-Dem) was the only party that campaigned on a platform of introducing proportional representation (PR), the election results which delivered a hung parliament have been interpreted, remarkably, to mean that the British people want a new electoral system, even though only 23% of voters endorsed the manifesto of the Lib-Dems.

On Wednesday, May 12, at the Ghana Speaks Lecture Series 2010, organised by IDEG, Prof L Adele Jinadu, who delivered the lecture, 'Managing Competitive Politics: The Winner Takes All Rule, Democracy and Development', called for proportional representation as an optional means of checking the zero-sum game of African politics.

It may sound appealing, considering the country from which we inherited the simple majority voting system (multiple non-transferable vote, plurality-majority voting or first-past-the-post), the UK, is now resigned to some form of proportional representation. But, do we really need it in Ghana?

The current system allows for strong and stable governments, where you can hold a single party responsible, especially when it falls short on its manifesto promises. It makes little room   for a third political force. Ghana is effectively a two-party state. PR, on the other hand, can disturb that arrangement. It is the main rival to simple majority voting. The most often cited disadvantage of PR is that it leads to weak governments, with watered down compromised policies and laws.

Instructively, all the countries above practice parliamentary democracy as opposed to what pertains in Ghana or the United States, presidential democracy. PR cannot be used to vote for a president. The closest we get to that is the constitutional requirement that the winner attains more than 50% of the popular vote. But, Prof Jinadu, citing the constitutional monarchy of Lesotho, argued for proportional representation. Ghana is not a parliamentary constitutional monarchy like Lesotho or the UK, which have prime ministers.

Our first-past-the-post system leads to a straight fight among specified candidates in the constituencies, with the candidate with the most votes being declared an outright winner. You only need to gain one more vote than your closest contestant to win – the principle of relative majority rather than absolute majority.

Basically, for PR, parliamentarians are elected in multi-member constituencies instead of single member constituencies. The essence of this is that the number of seats that a party wins in an election can then be proportional to the amount of its support among voters. For example, with a 230-member legislature, if a party won 50% of the vote, that party would receive 115 of the 230 seats and the party that won 10% of the votes given 23 seats and so on and so forth.

Such a system would have generated results on December 7, 2008, far different from what actually happened. It would have led to an NPP-controlled Parliament and an NDC-controlled Presidency. In 2008, the total votes that the New Patriotic Party gained in all the 230 constituencies for their parliamentary candidates when added together comes up to 3,999,680 or a 47.3% share of the total votes cast. In total, the National Democratic Congress received 3,794,037 votes for their parliamentary candidates, which translates into a 41.5% share of the total votes cast in all 230 parliamentary contests.

So a case can be made for proportional representation on how Ghana's parliamentarians are elected. PR will also have a way of stopping the situation where certain regions or ethnic areas are no-go zones for some political parties because even though they may win between 15-30% of the total parliamentary votes of the region, they still end up with no seats or just 3 seats, as has been happening to the NPP in the Volta Region and the NDC in the Ashanti Region.

As a rule, PR voting systems, especially the list system, provide a more accurate representation of parties, better representation for political and ethnic minorities, fewer wasted votes, higher levels of voter turnout, better representation of women, greater likelihood of majority rule, and little opportunity for gerrymandering. The list system PR is where you vote for a party, but the party draws up a list and the successful candidates are drawn from the top of the list downwards, depending on the percentage of votes won by the party and how that translates into seats. In Ghana, it would allow the parties the political space to appeal to the nation's diversity. It would make the smaller parties have a far greater share of parliamentary seats.

Unless, of course, we choose the German option which requires that a party wins at least 5% of the total votes cast nationally to be represented in the legislature. This would have ruled out all the smaller parties in Ghana, going by their electoral showing.

Also, pure PR does not allow for independent candidates to stand. Unless, it is a hybrid system such as Additional Member System (AMS), which allows an independent candidate to stand as the additional member in a constituency election. With AMS, voters have two votes, one for individually identified geographic constituency candidates who are elected by first-past-the-post. The other vote is done by a list system. This gives parties the opportunity to top up their parliamentary numbers to match up with their percentage portion of votes won. This is the system used in Germany, New Zealand, and the Scottish Parliament and Welsh Assembly in the UK.

Generally, it can be argued that PR would check the effective elective dictatorship that has been the norm in the Fourth Republic. But, to allow for the strong and stable arrangement that first-past-the-post provides, may be we should be taking a closer look at what was proposed by the Jenkins Commission in the UK for use in elections to the UK House of Commons. It is termed the Alternative Vote Plus system. Under AV+, most candidates are elected from single-member constituencies under the Alternative Vote (AV), (or instant-runoff), system. Voters order candidates in order of preference. If none gets a majority of first preference votes, the candidate who comes last is eliminated. The second preference votes on the loser's ballot papers are then given to the other candidates. This continues until one candidate has more than 50% of votes and is declared the winner.

An additional 15–20% of candidates are elected from regional party lists. Such a system would remove or dilute the requirement that a member of parliament must hail from the constituency he represents. It would rather allow parties to make a list of candidates on a scale of preference. A system which would no doubt allow more women in and greater positive engineering in who gets to carry the title honourable in the House.

The author is the Executive Director of the policy think tank, Danquah Institute. [email protected]