WHY IT MUST BE SALIFU SULE FOR REGIONAL SECRETARYSHIP 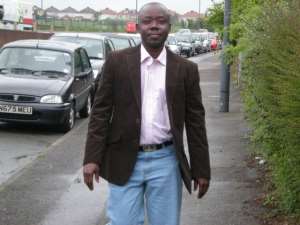 Some friends monitoring the current constituencies and regional elections of the New Patriotic Party (NPP) in the northern region specifically wanted my view on who I thought could be very best as regional secretary of the NPP especially as the party was now in opposition and will definitely need a very committed person to man the party in the region.

I honestly knew why I was asked such a question. The two main contestants who filed to contest for the position of regional secretary happen to be persons I know very well. As of the 18/12/09 Clifford Abdallah Braimah and Salifu Sule were the only two persons who filed to contest for that position. On any balance of probability I think either of them is well qualified to occupy that position.

It must be explained that, Clifford Abdallah Braimah is a student at the Cranfield University in the United Kingdom and the “substantive” regional secretary of the party. Salifu Sule on the other hand is an NPP activist in Tamale who was also President of the TESCON Wing of the NPP of the Tamale Polytechnic.

What I must say however is that, recent occurrences in the region do not put Clifford Braimah in a favourable light to occupy that position in the region.

Firstly, Clifford was accused even before the 2008 elections of choosing to abandon the party and his position for further studies in the UK. He is however said to have resurfaced just weeks to the 2008 elections in the region to assume the position of regional secretary cum treasurer of the party. He was said to have been the core custodian of money and other campaign resources of the NPP in the region for the elections in 2008. The greatest allegation against him is that those campaign money and resources did not get to the other constituencies in the region to facilitate effective campaigning and this in the view of many affected the fortunes of the party in the region.

It must be explained that shortly after the defeat of the NPP in the elections of 2008, Clifford Abdallah Braimah returned to the United Kingdom to continue his studies only to resurface again eleven months later to contest for the position of the regional secretary which he is still keeping even though he has been out of the country since September 2006!

The view of the youth is that, the NPP in the region have not had a stable regional secretary and therefore sees the desire of the very same person who has created such a vacuum by virtue of his studies outside of the country to want to still keep that position as very strange. The question that is being asked in the region is “Is he the only person capable of occupying that position”?

On the part of Salifu Sule he has stayed very loyal and faithful to the NPP and has also shown lots of commitment and dedication to the cause of the NPP in the region. He has been able to whip up enthusiasm and hope among the rank and file of the party in the northern region.

At a time most activist of the NPP are quiet for severally reasons including fear for their lives Salifu Sule rotates all the radio stations in Tamale 7 days a week propagating the message of the NPP with unbelievable alacrity! It must be added that, for his unbending desire to “die” for the NPP he resigned his position as Northern regional Monitor of the School Feeding Programme to continue with his dedicated service to the NPP In the region. This has made him the darling boy of the youth and all in the region.

Though the party has regional executive officers leading it in the region, a majority of party activists rely heavily on him any time they are confronted with party and personal problems. I was in Ghana very recently and I must say that he has an incredible support of the NPP in the northern region. I can vouch that, his election as the new regional secretary of the NPP is just awaiting official confirmation come the polling day.

With the background given above, I did like to appeal to Clifford Abdallah Braimah to withdraw his candidature and rather support Salifu Sule since current events in the region do not and will not tilt in his favour on this occasion.

Clifford in my view can make more impact if he moves to contest for a National Executive position in the impending national elections than the regional position he is looking for now.

I end my case here while congratulating all those who have already won elections in the constituency elections. But with the regional secretaryship position my support goes to Salifu Sule and I will therefore urge delegates to the impending regional delegates conference to vote for him bearing in mind that, “One good turn deserves Another” and also those you meet on your way up could be the same people you will meet on your way back. So keep the faith.