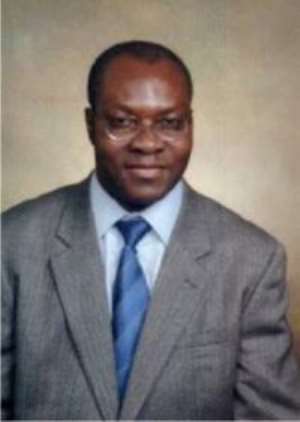 Permit me to react to the above that appeared in your newspaper   today, 1 st December, 2009.Throughout the day, friends and supporters have been calling to ask me whether I knew all along that the NPP would lose even while working for the party an the campaign.

The Headline that a pollster had predicted victory for Professor Mills and the NDC as reported in your paper is misleading and malicious.

While I state in my book that Larry Gibson's INITIAL polling had predicted no outright winner for the first round of the 2008 election, there are many other places where later polls, done by Prof. Gibson and others predicted a first-round NPP victory.

Therefore, it is outrageous to report on the use of polls in the book by selecting just that one discussion. Indeed, in the definitive paragraph on polls, on page 163 of the book, I state “Another thing that bolsters those claiming that some unusual things happened on Election Day were the polls. With the exception of one spurious poll that was instantly discredited by most experts, all the pre-election polls had the NPP ahead by 8 to 10 points. In other words, the question was whether we could win one-touch or not.”

That is why I assert on page 162, in relation to spoilt ballots that “without these high levels of rejection, Nana Akufo-Addo would probably have been the “one-touch” winner of the 2008 elections”

Finally, I hope that you will have the decency, not only to publish this rejoinder, but to apologize to me and your readers for this egregious distortion of facts.