The Era of Errors 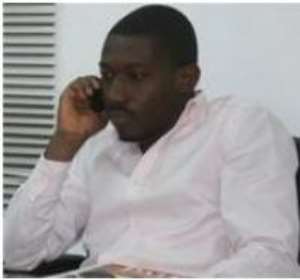 So finally last weekend, President Mills went on a thank you tour of the Ashanti region. Indeed, and in need, the president could have, in the true spirit of 'father for all', declared Ashanti as his third home, after Central and Volta, but he did not.

Rather, and much to my surprise, he decided to use the Ashanti region as the platform where he will vent his frustration on Ghanaians. After coming to power on the wings of complains, president Mills is now complaining that Ghanaians complain too much.

The president has complained time and again, that he came to meet Ghana's economy in a very terrible state and that the ruling NPP Government at the time painted a false picture of what the real situation was. He expectedly reiterated this erroneous comment during his Ashanti tour. In fact, I wonder why the people around president Mills, who are supposed to better his judgments and help him in his decision making, have allowed him to go on and on with this miserably laughable commentary. Or maybe they've been too busy 'pissing' in and out, on and at themselves. Each time I hear president Mills make that comment, I ask myself, what was he promising to change if in his mind he thought everything was ideal? Fact is, president Kufuor did not hand over to president Mills a terrible Ghana, and the records and posterity will ultimately judge.

After goofing big time during his inauguration, many are those who thought that it was an indication of worse things to come. I have to confess that I thought at the time that those were far-fetched deductions to make, but today, I side 100% with those prophets. It was the beginning of many ill-fated, unguided actions that will gradually and eventually make life bad and worse for the Ghanaian people. It was the beginning of the end.

Candidate Mills promised that as president, he will not hesitate to reduce drastically, the price of fuel. As president, he has not hesitated to increase the price of fuel drastically and routinely for the past ten months. As candidate, he promised to put money in the pockets of the people when he becomes president. As president, he declared on almighty BBC that no president can put money in the people's pockets in four years. As candidate, he promised on page 53 of his manifesto “to pay the cocoa farmer at least 70% of the world market price of cocoa and to process at least 60% of the cocoa produced locally”. As president he has paid 43.9% of the world market price, and as for the processing of 60% of the cocoa, I'm sure the president is still processing his thoughts. As candidate, he promised on page 24 of his manifesto that “the NDC will in partnership with the citizens, eradicate corruption.” As president, he has eradicated the participation of the people in helping him fight corruption. His position and action on the Muntaka 'pampers-khebab' saga showed clearly that president Mills is not ready to crack the whip on his corrupt ministers. The challenge now is for us to decode which kind of corruption he talked about in his manifesto because I am sure he knows about the Ayariga and Bagbin tractor acquisition sagas and his noticeable silence on the matter gives a clearly obvious clue that he is not ready to fight corruption as he promised to. As candidate, he promised to be father for all. Granted, but he forgot to clarify that NPP members do not qualify according to his own parameters, as Ghanaians, and so he does not regard them as such. The Kwodwo Mpiani's, the Asamoah Boateng's, the Akwasi Osei Adjei's and the Sammy Crabbe's and their BNI ordeals; the many people who have been sacked from the school feeding programme because they are perceived to be NPP people; the experienced cocoa farm sprayers who have been replaced with NDC supporters; former president Kufuor and his staff, and the many people who have had to suffer one form of brutality or the other because they are perceived to be NPP people, are all not Ghanaians according to president Mills' dictionary and hence his moving further away from them rather than be father for them. As candidate he promised to give women 40% representation in his Government. As president, he has given women 11% representation in his Government, an action that has forced Ama Benyiwa Doe to say that NDC women are not educated. He promised to build a better Ghana. Today, half a million more Ghanaians, according to the World Bank loan agreement will be pushed below the poverty line. That is the kind of change we live in today. Change that has changed the soul of a man who hitherto was perceived to be an 'asomdwehene'.

The NDC and president Mills are strangled by their many misplaced, populist campaign promises. But can we really blame them? President Kufuor's NPP administration raised the bar of development and good governance so high that the NDC thought that the only way to win the votes of the Ghanaian people was to lie to us. But bottom line is that now we know the NDC is a joke. How else can I describe a party that promises to take the people to paradise if they won power and upon winning power, turn around to tell the people that going to paradise requires more than just voting for us.

The NPP did a solid job in our country in the last eight years and the NDC knows it. The NPP displayed an excellent record of good governance. The separation of powers and the independence of the judiciary and legislature were respected in the last eight years. The press freedom enjoyed between 2001 and 2008 is unprecedented. The rule of law prevailed under the NPP and fundamental human rights were respected. Public administration saw a qualitative difference under the eight year rule of the NPP. Good governance earned Ghana US$ 547 million from the US government through the Millennium Challenge Account (MCA). The matter of the economy under the NPP might take the rest of the time, and I will thus defer that discussion for another day, but case in point is that, the myriad of achievements of the NPP testifies to the highly responsible and prudent management of the economy.

Candidate Mills jumped on to the change message of Barrack Obama and embraced it like a baby who had not seen his mother for ages. The change message was bought both in Ghana and in America. Whilst Obama and his team have been working busily to bring change and hope to Americans, Mills and his team have been busily chasing and seizing cars in Ghana.

Back in America, Obama has signed a $787 billion economic stimulus package into law. In his speech after signing the bill, Obama declared "we have begun the essential work of keeping the American dream alive in our time." He has emphasized that the stimulus package is just the first step toward economic recovery. Since the passage of the economic stimulus package in mid-February, the Obama Department of Transportation has approved 2,500 highway projects. The movement of stimulus money out the door has been as swift as it has been effective: $9.3 billion has been spent in all 50 states and 260,000 jobs are expected from this investment. The Obama Treasury Department has implemented policies with real qualitative and quantitative impact on debt-burdened families. Chief among those was a $2,500 tax credit to help offset the cost of tuition (among other expenses) for those seeking a college education. Nearly five million families are expected to save $9 billion, according to Treasury officials. Since taking office, Obama has put under federal protection more than two million acres of wilderness, thousands of miles of river and a host of national trails and parks. The conservation effort - the largest in the last 15 years - came with the stroke of a pen when Obama signed the Omnibus Public Land Management Act of 2009 in late March. Obama went to work immediately after winning power

Here in Ghana, president Mills has not hesitated to flout the constitution. Right from swearing his oath of office, appointing an IGP, the dealings of the BNI, to payment of ex-gratia to article 71 office holders, amongst others, president Mills has been breaching the constitution. After ten months in office, not even a single Ghanaian can proudly say I voted for the NDC last year. We are all asking ourselves: so who at all voted these people to power? The people who voted the NDC to power have all too soon vanished into thin air.

The challenge to the NPP now is to remain united and focused. The Ghanaian people deserve better than what the Mills administration is giving us. We changed for a bitter Ghana last year and the consequences are what we live in today. I am confident that when the opportunity avails itself in 2012, the Ghanaian people will make a loud imperative statement. A statement that will see an end to the incompetent management of the Ghanaian economy, the theatre of horror, the sluggish pace of infrastructural development and the gross impudence and disregard for the media.

Our beloved country has matured. We cannot, in the 21 st century, have a government that is run by events. What was the reason for President Mills' crude tour to TOR? With the many information ministers, communications directors and presidential spokespersons, the president had to call into a radio station to set the records straight. Where was the man who is an authority when it comes to setting the records straight? I salute you Mr. Fiifi Kwetey. I see you are busy with your work schedule but please find a little time to do your kind of thing for the president. Isn't that your expertise?

Our resolve as a people should be that henceforth, the administration of our country will not be given to a political ignoramus to manage. We need a man with ribs, and ribs only.

The list of failed promises just abound!
You don't have to look far to know!
We all feel the failure!
We know now what we changed for: A BITTER GHANA!