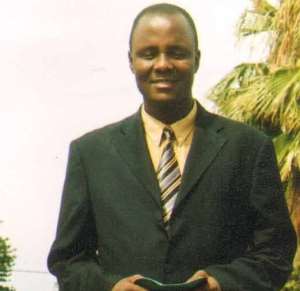 Gradually, President Yar'Adua's health condition is becoming an item for very debilitating blackmail. And it seems to be working effectively!

Just wonder aloud why the president of such a critically sick and sinking country cannot allow himself to be roused from crippling inertia to seek with clear vision, focus and vigour the nation's healing and revival, and the next accusation that would be laid at your doorstep is: 'Oh, there you go again, making fun of the president because of his ill-health.'

And so political correctness now dictates that we all enlist in the confused choir of incurably naïve optimists who seem to derive peculiar animation from continually chorusing the hope that a heavy truck trapped in the middle of a collapsing bridge, because its driver was having a good, refreshing nap, would not soon disappear into the deep waters even though the bridge is already down and about to be washed away.

I think this is sad and most unfortunate.

Now, why would somebody make fun of anyone because he or she is sick? Can the person accurately predict what the state of his or her own health would be tomorrow? I think what most people are trying to say is that there are too many sick persons in the country and Mr. Yar'Adua just happens to be one of them. What we owe all of them are our sincere sympathies, prayers, and help if we are in a position to offer any. But there is definitely no justification for turning anyone's personal health challenges into a national burden. In other words, Nigeria cannot continue to just sit still, fold its hands and do nothing in the face of threatening devastating global economic crises on the unpardonable excuse that its president is sick - as if there are no capable and healthy persons in the country?

For goodness sake, this state of inertia has gone on for too long. If the president is not sick, let him wake up, think, roll out his plans and work? And if he is, and unable to perform, as seems to be the case, let him excuse himself from the throne, instead of holding everyone else to ransom. I am quite sure that not many people would object to Nigeria undertaking to pay the president's medical bills for life, as compensation for the 'invaluable sacrifice,' if he decides today to let go and retire to the serenity of his family house in Katsina.

But will the leeches and parasites feeding fat on his incompetence and the nation's carcasses allow him to make up his mind?

For a nation as badly run as Nigeria is, where decisions and actions that determine the direction and future of the country are mostly inspired by acute selfishness, Yar'Adua would never lack a formidable army of self-serving loyalists hailing his special capacity to sleep through the worst crises, as we are witnessing at the moment. It is not impossible, too, that a President Umar Musa Yar'Adua may reappear in Abuja in 2011. I think that should not shock anyone who has been watching the course of events in the nation's political horizon for the past few months. This is one nation where people are continually drinking and eating poison with utmost relish, and yet wanting to live; yes, a country where people continue to assure and reassure themselves that no matter how long they keep stabbing their nation and drinking its blood, they would still wake up every other morning to see it standing on its feet and flourishing.

Well, all these acts of self-delusion would in no distant time be forced to evaporate by the grim realities that would soon dawn on this nation. For so long now, Nigeria has remained the best example of how a richly endowed country could look like in the absence of any of form of government. People who found themselves at the seat power merely looted the treasury pale and retired at the expiration of their tenures to enjoy their unearned wealth. So long as there was still oil pumping out crispy dollars for the next regime to loot and put away in coded accounts abroad, no one complained; and no one was asked to give account. Only those foolish enough to die, like Gen Sani Abacha, were branded corrupt, and their loot diligently looted.

And so, at a time world leaders are spending sleepless nights with their economic managers and experts, devising ways to save their nations from the looming global economic calamity, we, in this ungoverned entity called Nigeria are busy debating about our president's vacation, which, if we must be sincere to ourselves, he has enjoyed with little or no interruptions since May 29, 2007. I once heard that the motto of an association of pensioners was: 'Rest Is Sweet After Labour.'

Pray, what has Yar'Adua done since the two years he has encumbered the ground in Abuja to warrant his disturbing the nation's peace with tiresome talk about vacation? Which responsible and responsive president would allow himself to be caught dropping the slightest hint about a vacation at time oil prices, his country's sole revenue earner, was crashing from near $145 to about $30? The earthquake in the nation's stock market is an economic tsunami that ought to have kept any president alert and worried, but our own man could not just be bothered. He would rather go on vacation, even as major multi-national companies are closing shops in Nigeria, and relocating to functional countries like Ghana, causing countless Nigerians to be dumped in the unemployment market. Mind you, Nigeria remains the biggest market for these companies; they produce in Ghana and sell in Nigeria. What an unlucky nation.

Despite Yar'Adua's repeated promise to declare a state of emergency in the power sector, power supply has worsened beyond what anyone would have imagined was possible in a nation ruled by a human being. I doubt if there is any community in Nigeria today where anyone can walk to a public tap, fetch healthy water and confidently drink it. Indeed, no one with the means to afford alternatives in Ghana, Cameroon or any of our tiny neighbours, takes the risk of enlisting his children in Nigerian schools any more. I challenge Yar'Adua or any governor to prove that his children are in Nigerian public universities - where many public official had attended. Nigeria's health institutions are only patronized by those willing to take a risk with their lives, because they are too poor to fly out for medical treatment; not even the president of Nigeria receives treatment in Nigerian hospitals.

But the worst is yet on the way, in fact, very close to the door.

By the time the devastating effect of President Barack Obama's New Energy Policy reaches home to us here in Nigeria, there is no doubt that the price of oil may go down to 50 cents. At that time, there won't even be enough public fund to steal. Maybe, then, and only then, would Nigerians be forced by very unbearable conditions to seek authentic leaders, people with a mind and clear ideas to move society forward, and not a horde of bankrupt creatures occupying offices where they are not even qualified to be cleansers. Today, we are complaining about the rise of violent crime in Nigeria. By that time, it would degenerate to almost an open war.

Ugochukwu Ejinkeonye writes a highly-regarded column (SCRUPLES) for Nigeria's leading national newspaper, The Independent (www.independentngonline.com) every Wednesday. He is also on the Editorial Board of the paper.