Are You Sure You Want To Do This, Dora Akunyili? - By Ugochukwu Ejinkeonye 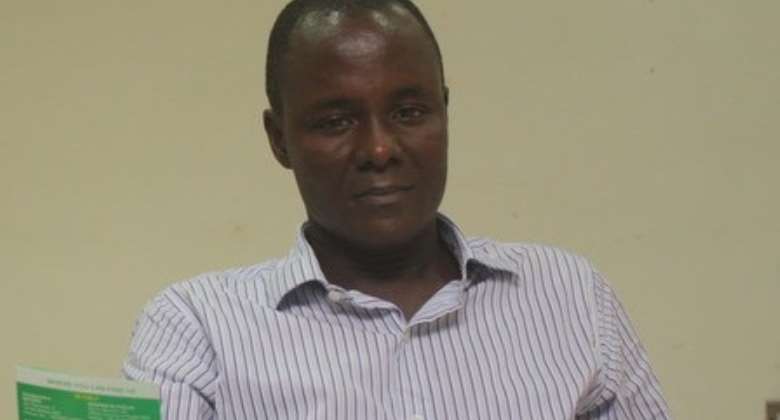 As Director-General of the National Agency for Food, Drug Administration and Control (NAFDAC), Prof Dora Akunyili captured the admiration and great respect of most Nigerians due to her selfless, determined and very successful battle against fake and substandard drugs and their vile merchants, who, in their most ungodly desperation to make huge profits, succeeded so well in dispatching not a few Nigerians to their early graves. Everybody loved her, sang her praises, wished her well, and prayed for her, except, perhaps, the murderous fake drugs manufacturers and distributors, who saw her as the unshakable obstacle to their most devilish trade. So solid and widespread were her popularity and acceptance that some people began to urge her to run for presidency.

Akunyili was regularly celebrated in this column. In my most recent piece on her entitled, 'The Meaning of Dora Akunyili,' I said: Each time you confidently purchase a drug, fruit juice or any other consumable and go away with full assurance that your liver would still be intact after you have taken it, you should not fail to remember Akunyili and be grateful to God for her life. Akunyili means the return of sanity in a society overrun and made unsafe by heartless counterfeiters; she means the safeguarding of many lives which would have since been lost because some devilish souls were looking for blood money Akunyili could simply have accepted the blood-stained billions [the fake drugs merchants] were all too willing to give her and allowed them to unleash their lethal products on all of us, but she chose to safeguard lives. And by that decision, she may have saved you, your beloved mother, father, wife, uncle, precious, tender children and friends.

In Nigeria today, most people would not hesitate to classify any drug or beverage without a NAFDAC Registration Number as killer poison. And that's because Nigerians believed everything Akunyili told them. The NAFDAC number on any product clearly represented Akunyili's assurance to Nigerians that that particular drug or beverage was safe for human consumption. And because it was said by Akunyili whom they had learnt to believe without reservations, they usually accepted it without any fears. But, unfortunately, all these may recede into the dark recesses of a distant past given the acceptance by Prof Dora Akunyili last week to serve as the Information and Communication Minister in the very bankrupt and shriveled regime of President Umar Musa Yar'Adua.

Indeed, only one reason may have informed Akunyili's appointment. The Yar'Adua regime only wanted to exploit the enormous admiration and goodwill she enjoyed from Nigerians to shore up its badly battered image. But by accepting to serve as Information Minister in a regime like Yar'Adua's which by the very nature of its constitution represents a huge lie built and sustained on a foundation of undiluted, poorly, unintelligently concocted lies, Akunyili is, no doubt, overdrawing from the public trust, admiration and goodwill that had overwhelmingly flooded her the moment she began to excel as NAFDAC boss. It even looks like Akunyili herself is already catching the lying bug, going by the brazenness with which she made the outrageous and overly obscene claim last week that her appointment was divine.

Now, because I still love and respect Akunyili, my sincere question to her today is: My dearly beloved sister, are you very sure this is really what you want to do? Is it really worth it? What value would your job as the image-maker of a critically unfocused and purposeless regime add to Nigeria? Indeed, I find it very difficult to believe that a person with Akunyili's intimidating reputation would just wake up one day and decide to allow everything good, noble, edifying and lovely about her to flow down the drain just like that simply because she wants to be in government. Why would she see a clear tragedy and embrace it with beaming smiles? Now, just how Akunyili would sell the overly unattractive Yar'Adua regime is what beats many of her admirers? What new lie would Akunyili tell us about a regime disgusted Nigerians have, for very good reasons, already written off as irredeemable and a never-do-well? What would she say are the set targets of this regime? What are the timeframes for the realization of those targets? What exactly is its sole redeeming point? Television and other media adverts for its totally colourless and bankrupt Seven Point Agenda have gulped incredibly huge funds, but if one may dare ask: at what stage of implementation can anyone place any of the items on the Seven Point nonsense? This regime has done nothing but inundate Nigerians with countless empty promises, bored and over-sickened everyone with overdose of talk-talk. Talk, is cheap. If it was possible, the Yar'Adua regime would have felled countless Irokos with the tongues of its countless false prophets.

Nigeria, it's now very clear, is too sick to be left in the hands of a critically overwhelmed and ever-groping president who is evidently unsure of his next move and grappling with snail-speed some ill-digested ideas he is not even sure would work. So, what would Akunyili tell Nigerians to make them see this regime differently from how it really is? Assuming Yar'Adua disappears tomorrow for 'prolonged sessions of prayers' in an Intensive Care Unit (ICU) of a German hospital, and instructs Akunyili to keep feeding us the lie that he is in a mosque somewhere in the city praying for solutions to Nigeria's ever-mounting problems, how would she manage this? Has it occurred to her that from now, she would be the very ugly, revolting face of this very unpopular and irredeemable regime, and that whatever disgust and resentment Nigerians reserve for the regime would automatically be transferred to her each time she emerges to feed the nation with new set of lies? Are you really sure this is what you want to do, Dora?

Well, to be fair, I can appreciate Akunyili's dilemma. We run a very lousy system where ministerial nominees are usually not informed before hand of the particular portfolio that would be assigned to them. Akunyili, no doubt, could not have imagined that Yar'Adua would eventually saddle her with such a messy job of bearing the horribly cracked Chief Megaphone of this failed and ugly regime. Like many Nigerians, she may have thought she would be sent to the health sector where her competences would be deployed to the benefit of Nigerians. But, as we all know, the well-being of Nigerians is hardly the concern of this regime, which is so sad. It is not too late in the day for Akunyili to sit down and quietly count the very high cost of this misadventure. And one thing she should not lose sight of is that after sometime, when she would have become irredeemably odious to Nigerians and her voice very loathsome to everyone as result of continuously doing the dirty of job of marketing this hard-sell called the Yar'Adua regime, she would be unceremoniously dumped to quietly nurse her deep credibility wounds alone while the regime would move on with another willing sacrificial lamb. And that is why I ask Akunyili again: Are you really sure you want to do this? Never allow anyone intimidate you with the lie that you have fait accompli before you. You certainly don't! So, no matter the blackmail they may dredge up (due to some entanglements they may have arranged before now to entrap you), follow your heart, go ahead and call Yar'Adua's bluff and bolt way. That's your Hobson's choice.