CRIME IN GHANA AND OUR COMING ELECTIONS 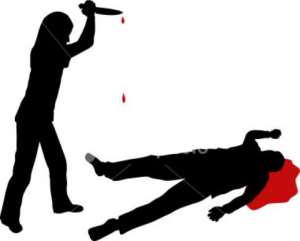 At about 7.30 pm on Thursday, 3rd April, on the mortuary road, a young lady was attacked by three young men in her car and they took away her bag. To her right was the mosque and to her left the Total petrol station and the traffic light was about hundred meters ahead of her. She perhaps stood on red at the traffic light behind some other vehicles. She came out of her car shouting for help but the young men vanished into the darkness near the mosque. I just arrived on the scene when one of the young men in a striped shirt was grabbing her bag from the back of the car. I was so mesmerized with fear and shock. I sat in my car unable to act. I did not see any one else coming to help at the time. These young men were so bold that I thought they might have some weapons. A few minutes later when I had driven past the scene, I was engulfed with anger because these young men were strong enough to work, how could they be so rude, insensitive, callous and wicked. But my anger gave way quickly to guilt because I did not come down to help and no one else did, even though there were people around. What an insensitive society we have become? She could have been my wife, sister or daughter. Guilt and anger melted into despair and helplessness. What are the law enforcement agencies doing? Are our politicians not aware of all these?

I had the same feeling when I was confronted a year ago by a young man in my car. The young man brandished a machete in the full view of other motorist under the traffic light near Beyeeman. No one came to my help and the man took away my cell phone. I can laugh at myself when I remember what happened. I had shouted for help for about two minutes but when no one came to my help, I looked straight into the eyes of the young man, with the shiny edge of the machete between our two faces and directed at me. My only sensible choice for life was to offer him my cell phone. He was so much in a hurry that he dropped the cell phone into my car. I waited for him patiently and helplessly as he looked, with his head bowed into my car, for my cell phone. He eventually took his trophy away in the full view of all.

The lack of safety that breed fear and helplessness, gripped me again this evening. As I drove past the other traffic lights on the Graphic road and near Awudome cemetery, I observed young men in twos lurking in the dark under the traffic lights ready to strike. It was scary. Some innocent citizen of Ghana will be attacked again this evening. But for how long can this continue. I am yet to hear a politician make a pronouncement on these crimes around. The aspiring presidents are spending their energies on many issues but seem to have forgotten all about our safety and security. Let us put Crime, the safety and the security of citizens onto the agenda for the coming elections. Who will be bold to tackle crime in all its shades in Ghana? Atta Mills, Akuffo-Addo, Nduom, Kwesi Amoafo-Yeboah, Dan Lartey or Mahama?