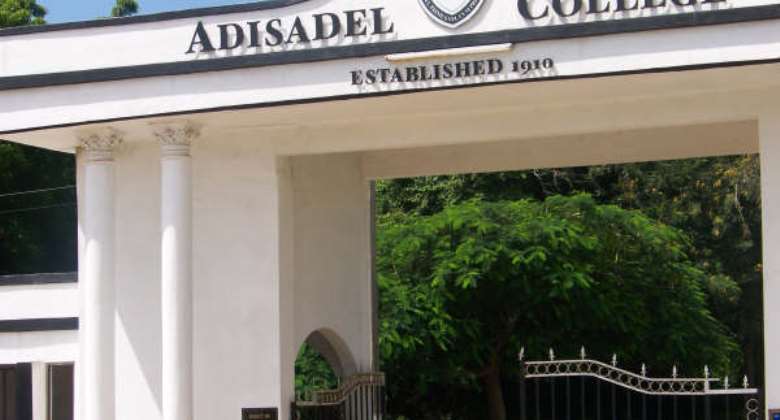 Adisadel College in Cape Coast on Monday closed down indefinitely following mounting agitation among students over the death of one of their colleagues.

The closure is not expected to last for long, however school authorities won't say exactly when they intend to resume usual classes.

Master Mustapha Abdul, a final-year Science student died after crashing headlong into the concrete drain of the school's new classroom block after jumping from the fourth floor to escape church service.

Mustapha Abdul was said to have died almost immediately as his brains gushed out on impact.

According to one senior member of staff who pleaded anonymity, Mustapha was one of many students who had failed to attend the school's church service on the morning of 16 March and were hiding in the new classroom block.

A senior housemaster, Mr Joseph Opare, went to lock up the classrooms in the block at about 7am but the students, on seeing him, ran helter-skelter.

He said soon after, Moslem students and some other students of the college, armed with sticks and stones, attacked and vandalised the house of another senior housemaster, Mr S. K Akator and two other teachers, Mr J. B. Maison and Mr C.
Ayimful.

They broke the glass doors of the bungalows of Mr Akator, and Mr Maison and attacked Mr Ayimful with stones.

Mustapha, a Moslem, is expected to be buried shortly in keeping with his faith.

'Parties must have functioning offices, file their accounts ...
55 minutes ago