Journalism - the Beauty And the Beast 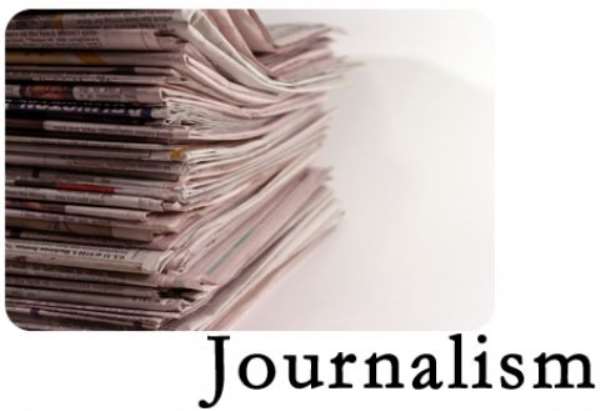 I am nearly through a good book on the history of British journalism by the accomplished editor of the BBC, Andrew Marr. So far, it's been a brilliant account of a refreshing mixture of beautiful and ugly tales, with sharp vignettes of eccentric characters who have survived the topsy-turvy world of western journalism.

Like ours, British journalism has struggled through periods of near perdition to an age where the profession was merely tolerated as a necessary nuisance. Even as a respected and the most revered press the world over, Marr notes: "regular doses of hype, sloppy reporting and uncorrected mistakes have long marked British newspapers, despite the attempts by the best of them to use reader's ombudsman and the regular corrections to improve their standing."

But journalism in Britain is a multi-billion pound business that thrives on the scholarship of seasoned professionals and the news-hungry temperament of a literate public. It is the kind of journalism the Senior Minister, J.H Mensah wants in Ghana. The brand better than the adversarial writing, pursued by self-opinionated dogmatists.

For reasons other than journalism, I took the Senior Minister's call last week for responsible journalism in Ghana very seriously. The history of journalism in Ghana is as chequered as the quality of the practice toady. A story breaks out in Lartebiokorshie that an adulterous minister of state has thrown a birthday party for his university girlfriend. For her present, the girl had received a house at Dzorwulu and a 98karat golden beats, to adorn her dimpled bottom.

This is a front page breakthrough for any tabloid newspaper. These days, even broadsheet papers will shelve a boring story on the implications of European agricultural subsidies on international trade for the minister's story. How does the average journalist approach such a story? What ethical and professional considerations must inform his judgement on the newsworthiness of the story? Who is the source of the story? Is a single source enough for doing a story involving more than two parties? And what purpose is the story going to serve target readers?

The next day, Ghana wakes up to read the sensational story of a 500million cedis birthday present from a Minister plastered on the front pages of our newspapers. A typical tabloid headline will be:

The succeeding paragraphs will contain the name of the university student, the location and the estimated price of the house. Somewhere in the belly of the story, two or three sentences will be made to begin and end with quotation marks. There may be manes of interviewees whose choice of words coincidentally captures the inner recesses of the intentions and suspicions of the writer. The story concludes with the cocktail of waste and fraud at the incompetent minister's ministry, and a line or two on how many KVIP's 500million cedis would build in our villages. Truth well told.

What are this journalist's worst faults? We live in a society that is incurably fixated on sex and sensationalism. We have succeeded in making news the nervous system of urban humanity; we would create news even when we have the ideal situation where everybody follows acceptable standards of decorum and civil behaviour.

the 4Ws The journalist has answered what in journalistic parlance is called the 4W's and the H: The Who, Where, When, What, and the How of the story. Painstaking investigations will mean checking and double-checking the facts, cross-checking and going back to check. Is it professional to use anonymous quotes from people who plead anonymity to attack others?

Is it wrong to inflate the importance of a weak source to tell a very crucial story? If a journalist cannot write shorthand, is it unethical to buff up a quote to make a claim appear credible? It is necessary for a journalist to double check that the source stands by what was said in a surreptitious encounter?

It's all over ' Quality journalism may be an ideal but sloppy journalism carries terrible repercussions. In 2003, the New York Times sacked a fine journalist, Jason Blair, for making up a story. Years ago, a reporter of Britain's Sky News killed himself when he was sacked for faking a report that showed a cruise that had been fired from a British submarine. Just about a week ago, the editor of the SUN (UK) was being investigated by the police for secretly recording the private conversations of some members of the royal family. Even now, international paparazzi continue to receive fierce bashing for taking too many pictures of the car accident of Princess Diana ten years ago.

training Journalism training institutions are not unaware of their role in quality journalism. In Ghana, private journalism schools are churning out journalists to put a human face to the liberalisation of the airwaves. My first assignment on print journalism at the School of communication studies was assessed by Prof Kwame Karikari who wrote: 'Tawiah, nobody is impressed by the way you write, just say what you have to say, and the story is told.'

As an English graduate, I had been used to the flowery poetic language I had acquired through writing essays on symbolism in romantic poetry and criticism in Elizabethan prose. Nana Ohene-Ntow, a fine lecturer, noticed the 'flowers' in my writing when he supervised my dissertation.

Journalism in Ghana is doing fine. FM stations are jostling for space on the radio frequency modulation system. Two newspapers were launched a fortnight ago.

But as in many aspects of national life, quality becomes antithetical to quantity when there is simply too much to think about. My house in London is littered with free newspapers. I wake up every morning to see a free local newspaper, twice the size of the Daily Graphic in my letter box. On the train to work, I have the luxury of choosing between three free quality newspapers. At work, I have no difficulty in buying a broadsheet paper, other tabloids or magazines, because they are very cheap. Newspapers market themselves by giving away free CDs, DVDs, holiday tokens, discounted theatre tickets and other lovely gifts packed in the paper.

There is no free newspaper in Ghana, and in whole of Africa, I would hesitate to add. Wouldn't it be great if we had something like the Nima Times, Madina Gazette, Agbogbloshie Chronicle or even Tweapease News? Our newspaper houses have no proper training schemes. British newspapers have their own training institutions where journalists are schooled on the editorial philosophy of the paper they write for.

To qualify as a journalist, one needs to be approved by the national council of the training of journalists. He is required to work for at least two years with a provincial newspaper. Newspapers and TV stations are rich enough to hire a helicopter to monitor a story. Journalists here drive luxury cars and own good houses.


Ghanaian media houses are not spared electricity power rationing by ECG. There is no acceptable career structure or effective self policing programme for the trade. Many practitioners stumbled onto the field through misguided career advice or the sheer need to do something. Accomplished journalists fail sideways by diverting into lucrative areas like pubic relations and advertising. A few may have failed upwards by becoming script writers, consultants and politicians. Some have failed diagonally by becoming anonymous serial callers or as scholarly recluses writing from somewhere.

Journalism is not a profession; it is a calling. Like pastors, the few who are truly called to the trade will always do it well. So well, quite well.

The author, Benjamin Tawiah is a newspaper columnist and a Business Lawyer in London