Burkina Faso’s Constant Coups and the Failures of Africa's Democratisation 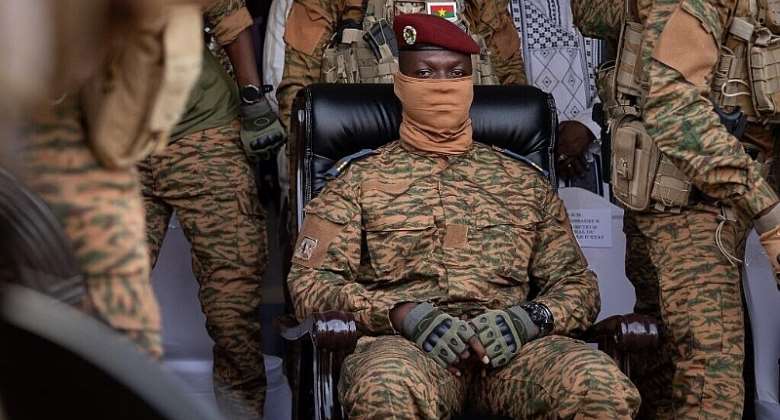 In less than nine months, Burkina Faso experienced two military coups. These coups were due to growing jihadi insurgency, insecurity crisis, mass displacement of people and wanton food insecurity. The insecurity crisis has forced about two million Burkinabes to flee their homes. Most worryingly, food insecurity rises as farmers run their farms to avoid armed conflicts. As poverty and hunger increase in the country, coups are causing political instability, which weakens the democratisation process. In light of these crises, the Africa Union (AU) needs to implement the African Charter and ratify the Malabo protocol to prevent more African coups.

It is important to note that Burkinabes approved the January 1966 and 2022 coups. These instances portray public acceptance of coups through support by citizens and activists. While the increase in African coups is worrying, the rise of popular coups with mass support from the public is worrying. Popular coups stem from the inability of leaders and institutions to protect the country's territorial integrity against non-state actors.

Whenever a coup occurs, the defunct Organisation of African Unity (OAU) and the AU only suspend dissent countries from the union. The AU also calls for these military governments to return the country to civilian rule. The union does not sanction or punish these members over an unconstitutional change of government. In the same vein, some African heads of state and army leaders held significant positions in the AU, despite their questionable policies and actions back home. Indeed, the union is lagging at implementing the AU Charter that punishes despot leaders and quells citizens’ abuse and violation of human rights. The AU’s African Charter on Human and Peoples’ Rights expressly recognised peoples’ rights to security and freedom to express their grievances to state organs. As soon as an African leader is reported to the AU as a human rights abuser, the leader should be banned from holding any AU position and thoroughly investigated. If the leader is found guilty by a competent court of law, the AU must provide statements of condemnation. The political union ought to enforce strong sanctions on these indicted leaders, whether democratically elected or not.

To facilitate justice for African citizens, AU members have to ratify the Malabo Protocol. The protocol merged the AU’s main legal instruments for dealing with crimes committed by member states, known as the Court of Justice of the African Union, with the African Court on Human and Peoples’ Rights. But, the proposed unified court, the African Court of Justice and Human Rights, is not operational because no member state has ratified the protocol. When African leaders uphold the Malabo protocol, it will provide a legal avenue for allegations of human rights violations and abuse of power. Undoubtedly, the protocol will address issues that triggered protests and unconstitutional government changes in Sudan, Guinea, Mali and Burkina Faso, as an AU agency will handle it.

It should be noted that African nations can resolve their wanton food insecurity through the African Continental Free Trade Area (AfCFTA). The AfCFTA is an economic union positioned to encourage an intra-African exchange of goods and services. The current food crisis results from food shortages, conflict and poverty. Once African authorities uphold AfCFTA trade policies and remove barriers such as customs regulations and tariffs using the AfCFTA framework, the movement of goods and food will be free-flowing.

Global Interconnectedness has made it inevitable for tensions and uprisings in one country to filter into neighbouring and faraway countries. The wave of coup d’etats is slowly affecting African citizens’ freedom, liberty and democratic principles. The AU must be proactive in quenching the crises in member countries. The AU’s political and economic union should be well-equipped to tackle state and non-state actors that undermine people's rights and territorial integrity.

Olakunle Mohammed is a writing fellow at the African Liberty.