Nana Agradaa arraigned before court; remanded to reappear on October 13 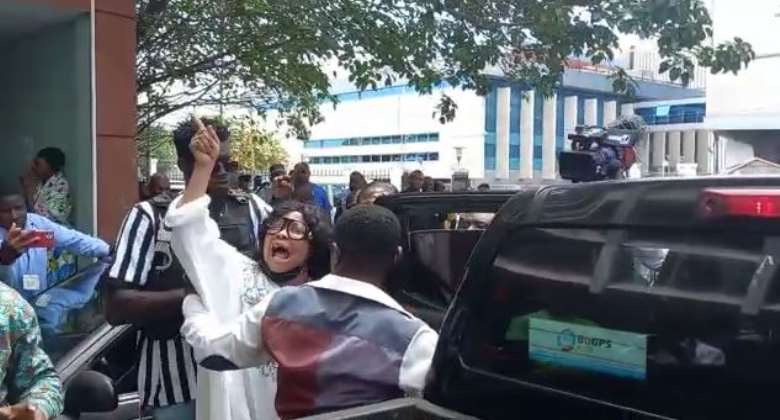 The Founder of Heaven Way Church at Weija was arrested by the Police on Sunday following allegations of a money-doubling scam by several members of her church.

“The Police have arrested Patricia Asiedua alias Nana Agradaa following allegations of money doubling scam levelled against her by some members of the public,” parts of a police statement said on Sunday.

Today, the police arraigned Nana Agradaa before the Accra Circuit Court for her case to be heard.

In court, the self-styled pastor has been denied bail and remanded into police custody for three days.

She is to reappear in court on Thursday, October 13.

Meanwhile, the police are urging anyone who is a victim of the alleged money-doubling scam to report to the Accra Regional Police Command for further action to assist in the investigation.