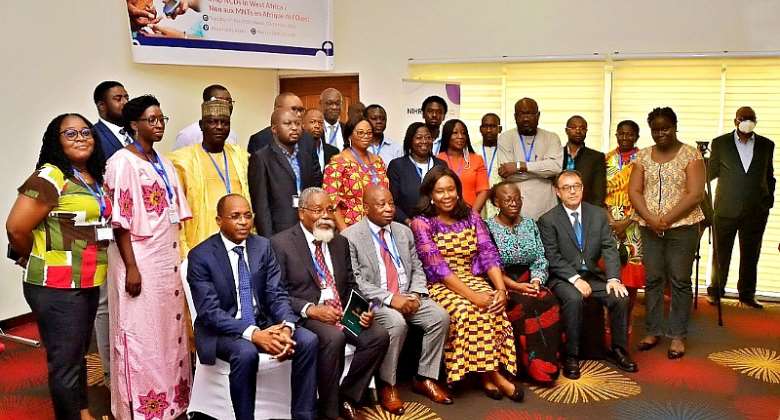 As part of its recent £10 million funding award, the National Institute for Health Research (NIHR) established the Global Health Research Centre for Non-communicable Disease Control in Ghana with plans to expand to neighbouring Burkina Faso and Niger.

The Ghana College of Physicians and Surgeons (GCPS) and the London School of Hygiene and Tropical Medicine (LSHTM) will collaborate on research to stop Noncommunicable Diseases (NCDs).

Many, including the Ministry of Education and the Ghana Health Service, on Tuesday, October 4, joined head with the implementers and funders at the Alisa Hotel, in Accra, where the research was officially launched.

The research initiative will seek to end cancers, cardiovascular diseases, diabetes, chronic lung illnesses, and other conditions that are not primarily caused by acute infection but have long-term health consequences frequently necessitating long-term treatment and care.

The Chair of the event, Dr. Nkrumah Mills, President of the Ghana College of Physicians and Surgeons (GCPS) calls the need for West African countries, particularly Ghana, to quickly up their games in their fervency to combat the free rise of non-communicable diseases.

The keynote address, read by the Minister for Health, Mr. Kwaku Agyemang-Manu, focused on the government's desire to offer enormous support in terms of finances and counselling to the research team.

The Minister further said, "I must say that the timing is apt because the prevalence of non-communicable diseases (NCDs) is increasing globally and is currently the leading cause of death and disease burden worldwide, including in our sub-region. We just had a conversation on NCDs at the just-ended United Nations General Assembly meeting."

He added, "According to the World Health Organisation (WHO), heart diseases, strokes, cancers, diabetes, and respiratory diseases now outnumber infectious diseases as the top killers globally, accounting for about 74% of all death."

The sector minister also bemoaned the insufficient efforts being made to combat non-communicable diseases in Africa, particularly in the West African sub-region.

"Dr. Chairman, there is no doubt that the region has been slowly responding to the increasing NCD burden, and most interventions address individual diseases rather than focusing holistically on people," he bemoans.

Referring to a recent World Bank report, Hon. Agyemang-Manu stressed that "unless urgent action is taken, the rising NCD burden will add great pressure to the already overstretched health systems and pose a major challenge to development in the sub-region."

As previously stated, NIHR, an institution at the forefront of addressing health issues, will provide support for the establishment of a Global Health Research Centre for Noncommunicable Disease control over a five-year period to address the scourge of NCDs.

The centre will also train local researchers and clinicians and will offer a PhD and master's degree programme to students from all three countries.

Also present were representatives from the United Nations, the British High Commission, other stakeholders, as well as media personalities and some members of the general public.

Mr. Nathaniel Attoh of the Multi-Media Group anchored the event.

We warned gov’t against reckless borrowing, wasteful spendin...
34 minutes ago