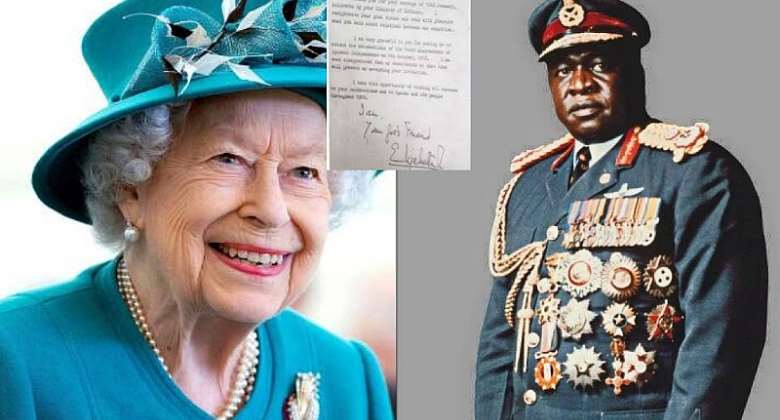 On September 8, 2022, news item erupted and spread like wildfire across the continents of the world. The longest-serving British Monarch had passed on and the Royal Family trended for days and weeks after the demise of Queen Elizabeth II.

It is purported that the Queen met 13 American Presidents during her 70-year reign. She also met several African leaders who were under the British colony. Of note is the Queen's relationship with Idi Amin, the third President of Uganda.

Idi Amin was a military officer and arguably one of the most ruthless dictators ever to rule in the world. He is estimated to have killed hundreds of thousands of people during his reign. But these atrocities were hidden from the world. Just a week before his cruel acts became public news, the Ugandan leader received a letter from Queen Elizabeth II; signed 'Your Good Friend, Elizabeth'. The Queen would later change her view of Idi Amin after the news became public. She however maintained good diplomatic relations with the Commonwealth country in a bid to protect the lives of British nationals who were staying in Uganda.

In 1977, Idi Amin wrote a letter to the Secretary of the Commonwealth of Nations to be allowed to grace the occasion of the Queen's Silver Jubilee on the throne. Idi Amn however did not attend the event and the specific reason was not known until several years later, a leaked diary of a former viceroy of India revealed that the queen expressed worry about the African leader's intention to attend her 25th anniversary. The queen said that she would have hit Admin Amin hard on the head with a sword which was placed before her if he had attended.

Watch the full story below: