Voices: How Presidents Weah and Sirleaf undercut Minister Samukai, others with deceit 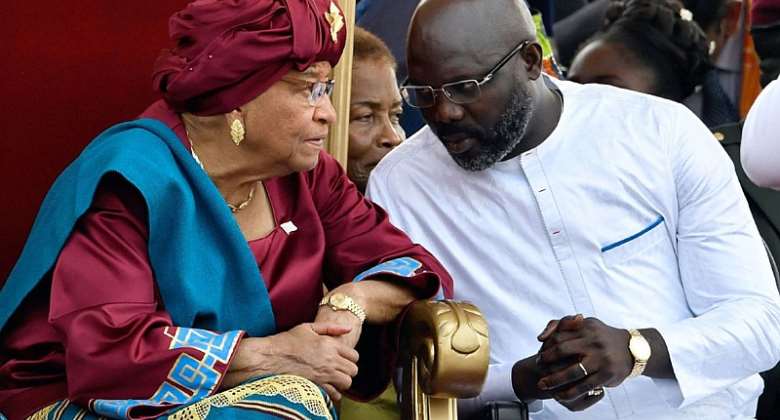 Most people in the western world watched Kenya’s recently held 2022 presidential and parliamentary elections and the eventual win and inauguration of newly elected Kenyan President Dr. William Samoa Arap Ruto. The newly elected Kenyan leader has started on the right path and the proof is not only in the decisions he makes and the insightful actions he takes but, in his ability, and willingness to frown on political witch-hunts and manipulations. Former soccer star-turned Liberian President George Weah could have and still has the limited chance to be like Ruto, especially if he refuses to and desists from engaging in political manipulation, witch hunts, and judicial interferences because what he is doing could hunt him and his followers tomorrow.

The potential case of and against Weah could even be worse because of his family ties to the United States where tons of international legal financial violations and issues could come to bear. President Weah knows better but his predecessor former President Ellen Johnson Sirleaf and others do not think so because she (Sirleaf) and her allies can use him (Weah) as they see fit. A case in point is the legally biased and unwarranted prosecutions the Weah administration heralded over the past few years including the dubious impeachment of Justice Kabineh Jan’eh, the politically influenced prosecutorial involvement in the case against Alexander Cummings, and the besmirched prosecution of former Liberian defense minister and Lofa County senator-elect, Brownie J. Samukai and his principal lieutenant, Joseph Johnson, and others on trumped up “corruption charges” and non-existing allegations.

For one thing, Brownie Samukai is one of the unsurpassed, most experienced, and highly professional military and security sector experts and administrators in West Africa. Once Liberia’s national police director and the former Minister of National Defense who single-handily built the current Armed Forces of Liberia in the country’s post-conflict period under the administration of former Liberian President Ellen Johnson Sirleaf. Samukai is by far the only former cabinet minister in the administration of Ellen Johnson-Sirleaf that made and left a long-lasting and solid impact after 12 years in office. The Weah administration knows this and is benefiting from what Samukai built. The Weah administration also knows which Liberian government agencies including NOCAL, the Ministry of State (Executive Mansion renovation), Forestry Development Agency, the Libyan Holding Building, the Ministry of Finance, and others under former President Sirleaf where millions of dollars went missing. President Weah and his government professed to protect all these mischiefs under Sirleaf but instead pursued a former dignified cabinet official (Brownie Samukai) who engineered the only major achievement the 12 years of the Sirleaf administration can boost: the current Armed Forces of Liberia. Evidence of this is demonstrated by the integrity and training of the current Liberian army – which is regarded today as one of the best and most disciplined in Africa.

Samukai, the U.S.-trained, and educated economist and United Nations security sector specialist also has a solid following and is admired by key segments across the EU and U.S. political, policy, and security arena. After building the Armed Forces of Liberia as Minister of National Defense, the people of Lofa County, Liberia as well as several international friends urged Samukai to reengage the Liberian political process legislatively to elevate the status of law and policymaking in the country– hence a petition for him to run for Senator of Lofa County ensued, and he ran and won overwhelmingly. Fear and panic as to Samukai’s next move overwhelmed former President Ellen Johnson-Sirleaf, and her current handpicked successor President George M. Weah, a former soccer player whom the former president does not want to see succeed to buttress her assessment and utterances about her successor and his government as being corrupt, inexperienced, and incompetent.

Not having a practical, factual, and evidence-based strategy to prevent Samukai from re-engaging the Liberian political scene, former President Sirleaf and President Weah plotted a scheme to audit the Ministry of National Defense under Samukai’s tenure and by so doing, accused the former defense minister and two of his lieutenants of corruption and embezzlement in the amount of 1.4 million dollars. The fact is:

A. When the administration of former President Ellen Johnson Sirleaf ran out of funds, she ordered the Ministry of National Defense to use 1.4 million dollars from the Armed Forces of Liberia’s retirement funds for defense administrative and operational activities and that the funds were going to be refunded when the government was capitalized.

B. The Ministry of National Defense obeyed the former President and used 1.4 million dollars to run the operations of the agency on specific project activities and administrative matters.

To prevent Samukai from re-engaging the Liberian political scene, former President Sirleaf and President Weah also plotted to deny Samukai his senatorial seat for Lofa County after the December 8, 2020, senatorial election. Both Sirleaf and Weah used the corrupt Liberian judicial system to achieve that. The chief prosecutor in the case against Samukai and his principal lieutenants, former Liberian Solicitor General Sayma Syrenius Cephas is currently sanctioned by the U.S. Treasury and government for widespread corruption, bribery, and more. The U.S. Treasury and government have also sanctioned the Weah presidency’s coveted mastermind in the case, disgraced former Minister of State for Presidential Affairs and Chief of Staff to President Weah, Nathaniel McGill for widespread corruption and unspecified and heinous malpractices. President Weah also rewarded Yamie Gbeisay, the compromised presiding judge in the ‘trumped up corruption” case, with the position of Associate Justice of the Supreme Court of Liberia when in fact, there are serious allegations and eye-witnessed accounts that the disgraced and U.S. Treasury sanctioned Liberia Solicitor General/Chief Prosecutor in the case had requested for US$200,000 from the accused and victims, Brownie Samukai and his co-defendants on behalf of himself, Judge Yamie Gbeisay, and retiring Chief Justice Francis Korkpor. Hence, the appointment of Yamie Gbeisay to the Supreme Court raises more questions about Weah’s government’s appreciation for and understanding of judicial credibility, transparency, and independence.

The logic for these questions is self-explanatory, and the answers are open secrets. But here is the main takeaway. The political distortion and witch-hunt in Liberia are all about the classic Ellen Johnson-Sirleaf using everyone including former soccer star George Weah and especially President Weah, to protect her business and family interests and those of her loved ones in and outside Liberia. Ellen Johnson-Sirleaf does not want a functioning Liberia – she has an interest in a badly governed Liberia where her ongoing business and personal interests are protected – and this is something that present-day Liberia and its leadership offer her. There is a legal, political, social, and philosophical term for this: Bullsh*t. This Bullsh*t does not serve Liberia and President Weah and his team should learn and know that every political season has an end. What they do today to please and satisfy the quest of a few may come back to haunt them. If President Weah genuinely believes in transparency and accountability, he should set up an independent commission of credible accountants and lawyers to audit all past and present government officials – many of whom are enjoying stolen wealth in and outside of Liberia.

Cherry-picking and smearing credible individuals that have impeccable records for personal satisfaction at the expense of the state and the people of Liberia is not just bad for Liberia’s future, it is also a waste of all international efforts, sacrifices, and commitment to Liberia over the years. The Supreme Court of Liberia must dismantle the record of Korkpor’s wasted tenure and distinguish itself as credible and impartial by revisiting and overturning all bogus and political manipulated cases prosecuted by the Liberian government whose disgraced former chief prosecutor is sanctioned by the U.S. government for gross corruption and judicial malpractices – the same former chief prosecutor whom the current Minister Justice deem as seriously corrupt.

James Clifton is a leader in global policy and analytics and a follower of African governance and politics.

Sustainability of cocoa sector dependent on how we effective...
56 minutes ago

Gov’t must reduce continuous dependence on Development Partn...
56 minutes ago