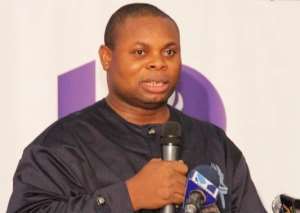 The founding President of IMANI Africa, Franklin Cudjoe, has debunked claims that African countries only experienced economic hardships after the COVID-19 pandemic exacerbated by the war between Russia and Ukraine.

He stated that long before the "twin evils," approximately 282 million of the African population did not have access to food.

In a tweet on Wednesday, September 28, sighted by Modernghana News, he explained that even covid-19 and Russia/Ukraine war only affected a population of 100 million, in addition to the already hungry continent.

“Long before the twin-evils of the pandemic and Russian-Ukraine conflict left an estimated 100 million more people on the African continent food insecure, a total of 282 million people on the continent were already hungry,” he said.

According to the policy advisor, Ghana’s situation is getting worse as inflation keeps escalating, leaving the citizens with higher food insecurity.

“The situation in Ghana, for instance, is becoming dire as runaway inflation of 40% and climbing coupled with escalating fiscal pressures continue to expose low-income earners and the vulnerable to hunger.

“The Ghana Statistical Service reports that about 3.6 million – that is about 12% of the population – are food insecure, and 78 per cent of these people live in the rural areas of Ghana,” he emphasized.

In August 2022, Ghana experienced historically high consumer inflation of more than 34%, resulting in a high standard of living and price increases in general goods and services.

The local currency has suffered significantly, currently trading above GHS10 per dollar, resulting in massive losses for many indigenous businesses.

The situation has prompted the government to seek a $3 billion bailout from the International Monetary Fund (IMF) to shore up the sinking economy.