Editorial: The Soaring Tribalism On Our Campuses 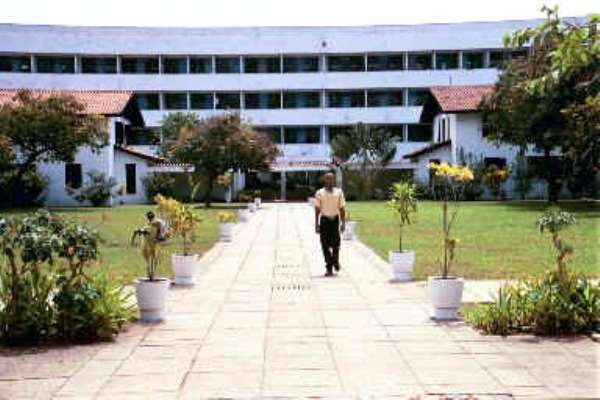 The decision of the University for Development Studies (UDS) to ban the formation of tribal associations on the university's campuses did not come as a surprise to many.

Keen observers of the socialization processes on our university campuses would not fail to notice the upsurge in the formation of tribal and ethnic tribal groupings. Ideally, people coming together based on their common identities should not be a bad idea at all.

However, at the level of our universities, where students are being prepared for the wider world out there, the expectation is that the things that bind the larger student community together would be emphasized.

This has become more imperative in the face of globalization, where barriers between even states, are being pulled down. Under these circumstances therefore, anything that has the potential of tearing our people apart ought to be discouraged, in order for us to close in on our goal of nation-building.

The student leadership of UDS needs commendation for prevailing on their authorities to take that bold decision, to prevent such associations from operating on the campuses, in order to create a congenial atmosphere for academic work.

These tribal groupings, which, in the past were formed to foster camaraderie among persons from the same roots, have in recent times become political tools on the campuses, such that in campus politics students are more likely to vote for their kinsman or kinswoman.

Students with political ambitions have actually been hijacking the frontline positions of these sectional groupings, only to lure the majority of their unsuspecting colleagues in-tow in the pursuit of their narrow objectives.

Against the backdrop of national outcry against tribalism in politics, if students right from the campuses resort to tribal politics, then only God knows what the future of this our dear country would be, when such students mature to take the leadership positions of the country.

The Chronicle finds it highly unacceptable that in this era of globalization, rather than uniting to fight the bigger issues that confront them, students are recoiling into smaller enclaves that distract them from the development and pursuit of national attitudes.

What they develop by collaborating along the path they have taken is an outlook of deep-seated nepotism and cronyism that does not allow for them to be nationalistic.

Tribalism alone is bad enough. Tribalism in a merger with politics becomes volatile, creating unnecessary suspicions and tensions, in environments where cooperation and a peaceful atmosphere are needed.

Tribalism does not in anyway add to the development of the student, since it creates barriers among students of different tribal backgrounds.

The Chronicle recommends to the authorities of the other universities to take a cue from the UDS example and stem this canker!