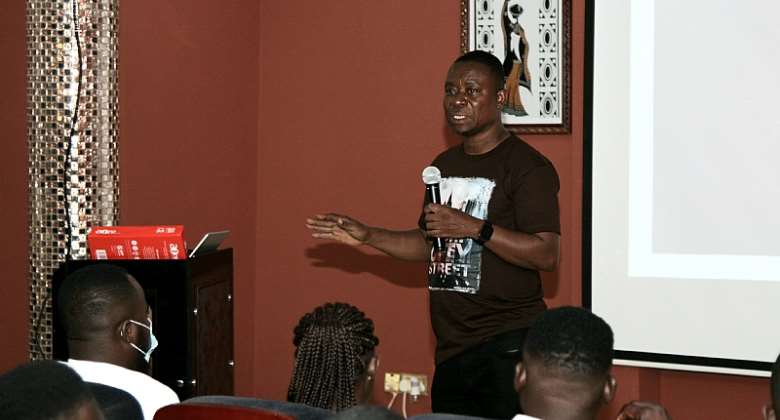 Mr Prempeh Adarkwa Yiadom, the Obuasi Area Head of the Environmental Protection Agency (EPA) has bemoaned the rampant spillage of oil on the floor of fuel stations in Obuasi.

He said the situation if not checked could affect groundwater and also cause fire outbreaks at the fuel stations.

Speaking at a day's training workshop organised by the Agency for LPG/ fuel pump attendants in Obuasi, Mr. Adarkwa Yiadom said his outfit is committed to intensifying public education on the need for fuel /LPG operators to adhere to safety principles guiding their operations.

Citing the June 3rd disaster that hit the country in 2015, Mr Adarkwa said though the country has made headway in terms of preventing future occurrences, he believed there is still more to be done.

He said, " Even though we have made strides in our efforts to prevent future disasters, I think more needs to be done regarding the attitude of fuel/gas station operators and the application of environmental laws".

Investigations into the June 3rd disaster concluded that though there was flooding, the ensuing fire outbreak was later said to have been caused by a cigarette smoker who dropped a lighted stub into water that had oil floating on top of it. This, the Obuasi EPA boss believed would be prevented, if all the Safety Protocols are adhered to, going forward.

On the rationale behind the training workshop, the Obuasi EPA boss said as part of their mandate, EPA is responsible for protecting and improving the environment in Ghana hence, the workshop focused on equipping the participants with requisite skills and knowledge on safe handling of petroleum products, how to respond timely and efficiently to their regulatory requirement of the Agency and how to manage their facilities to forestall accidents occurring at the stations.

He said the fire service will intensify monitoring to see whether fire extinguishers, sounders, and smoke detectors at the fuel/gas stations are available and working.

He again advised them to construct walls around their stations to prevent many people from assessing their facilities.

A participant Emmanuel Krah of Ridge Total Filling station lauded management of EPA for the workshop describing it as an eye opener. He said they have been enlightened on how to strictly adhere to the EPA guidelines.

" A key takeaway from this workshop is on how to build report with the communities where our stations are cited so that residents can come and support us during fire outbreaks", he added.

Police investigate drowning of officer at Sefwi Amoaya
37 minutes ago