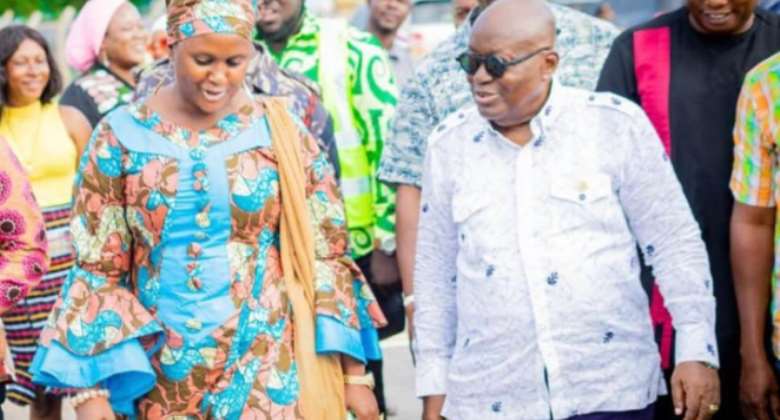 Aide to the New Patriotic Party (NPP) Chairman for the Savannah Region, Kanyiti Saburu Kantama has disclosed that the chairman of the party in the region, Alhaji Iddrisu Sulemana Kalamonia made a strong case for Hajia Safia Mohammed who hitherto served as the women's wing leader in the region to be elevated to the office of the first deputy national women's organizer of the party.

According to him, the appointment of Hajia Safia forms part of the regional chairman's resolve of making the party attractive to electorates in the Savannah Region.

He added that the Regional Chairman and his Executives have done tremendously well which culminated in the party's appreciable growth in the region and endearing the hearts of many.

He asserted that since the creation of the Savannah Region by President Akufo Addo, the region has seen enormous infrastructural and human resource development.

He also conveyed his warmest congratulations to Hajia Safia Mohammed for attaining that feat believing that her appointment will inure to the benefit of the elephant fraternity in the Region.

"I wish to congratulate Hajia Safia Mohammed and all other appointees. On behalf of Alhaji Iddrisu Sulemana Kalamonia, i assure you of support of him and his people to enable you succeed as National Executives.

"It is my fervent prayers that, our goal of breaking the 8 and making Savannah an NPP dominating Region comes into fruition in 2024 and beyond", he added.

What again do you have for Ghanaians besides economic theori...
14 minutes ago

Your plan to buy oil with gold instead of USD bogus; you're ...
52 minutes ago