64km Tema-Akosombo road to be completed in 30 months 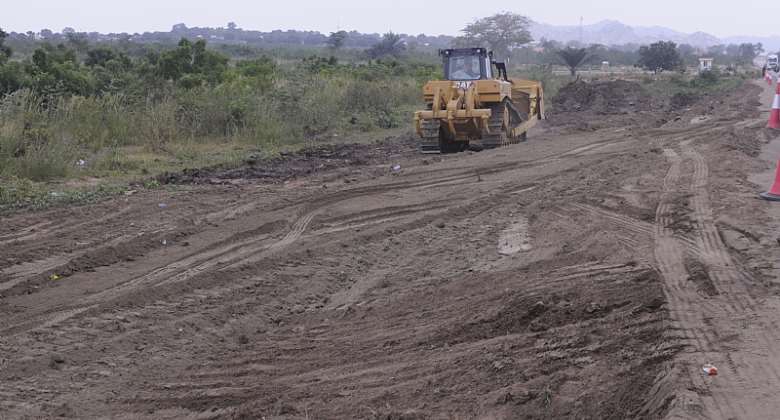 The 64km Tema-Akosombo Road is scheduled to be completed in 30 months.

The Minister of Roads and Highways, Kwasi Amoako-Attah, announced this on Wednesday when he embarked on a site inspection on the Tema-Akosombo Road.

He said the 11km Kpone to Atimpoku session of the road will be a single carriageway however, it would have an interchange at Asutsuare and a flyover at the Ashaiman roundabout.

The Minister added that there would be three river bridges and eleven footbridges on the entire stretch as well as walkways, streetlights and drainage systems to ensure safety on the road.

The project is being undertaken by Inzag Germany GMBH.