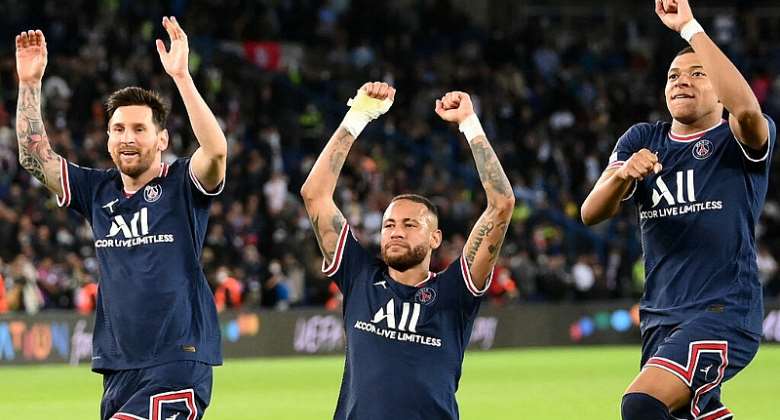 Four goals against Nantes in the Trophée des Champions – the French Super Cup – and five goals against Clermont for the first game of the Ligue 1 season, proceedings couldn't have started more propitiously for new Paris Saint-Germain boss Christophe Galtier.

All done without Kylian Mbappé too. The France international was the alpha male of the goal-scoring charts last season with 28. He was also top of the class for laying on the final pass leading to a goal.

The Bondy Wonder did that on 19 occasions.
In the absence of such an uberspecimen, Lionel Messi and Neymar had to take up the slack.

The dynamic duo clocked up six goals and four assists between them over the games.

Tough life for some coaches.
Gautier's choice - as PSG broach their first home game of the campaign against Montpellier - is how to present his superstar troika.

Options
“The three of them are used to playing together, they are very efficient,” said the Frenchman who left Nice to take over from Mauricio Pochettino in July.

“At the moment it's true that Ney [Neymar] and Leo [Messi] are a bit more in the rhythm But I have no fear that Kylian will be in the rhythm quickly.

“It's a big extra asset to have him with us."
Suspension kept the 23-year-old out of the Trophée des Champions victory over Nantes in Tel Aviv and a groin strain barred him from the 5-0 romp at Clermont.

On Saturday night, Montpellier - 3-2 winners last week over Troyes - will try to become the first side to beat PSG at the Parc des Princes in Ligue 1 since Galtier led Lille to victory at the stadium in April 2021.

Return
"The little discomfort he had the day before the game against Clermont has completely disappeared and he has come back very dynamic this week,” said Galtier who admitted it would be an emotional first for him.

“They have been working hard on tour and in training. They were good and efficient against Nantes and Clermont. They are in a good state of mind. We have rhythm and intensity.”

PSG under Pochettino claimed a record-equalling 10th title last season. It was the failure in the Champions League that cost the Argentine his post.

Marseille finished the 2022 season 15 points behind PSG and parted company with Jorge Sampaoli. He was replaced by the Ligue 1 neophyte Igor Tudor.

The Croatian caught the eye after leading unheralded Verona to ninth in Serie A with notable victories over Juventus and Atalanta.

Tudor's style has brought clashes with senior players. Nevertheless, Marseille waltzed past Reims 4-1 at the Velodrome. New striker Luis Suarez bagged a brace after coming off the bench in the second half.

There were also opening days wins for Lille, Lens, Lorient, Lyon and Monaco who slumped to defeat at PSV Eindhoven three days later in the 3rd qualifying round for the 2022/23 Champions League.

Ahead of Saturday afternoon's clash at the Stade Louis II against Rennes, the Monaco boss Philippe Clément challenged his players to be positive.

"Our reaction to the defeat will be important,” said Clément. "Last season we took a long time to get over not qualifying for the Champions League and we dropped lots of points as a result of it that could have helped us to finish second and get that automatic qualifying spot.

“We've got to be careful not to do the same thing again.”