Successes to personal triumph: What the public doesn’t know about Lt. Col Agyeman... 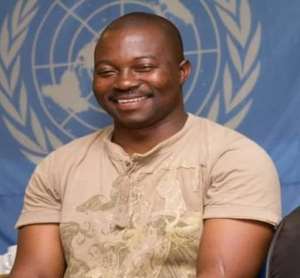 It was Shakespeare who wrote about Coriolanus; born of high gentry, schooled in the noble art of war and resolutely resolute in his convictions. Put together, he was of Patrician stock. Coriolanus distinguished himself in his chosen field of endeavour and many fell at his feet due to his discipline, training and uncompromising attitude when it came to matters of conviction. He was unwilling, unable and unready to sell his conscience for the sake of high office or a mess of pottage for that matter.

If there is one personality who fits this description of the Shakespearian chief, it must be Lt. Col. Frank Kwesi Agyeman who unlike all the other operatives, he has always dared to be different. His fame does precede him, having served as the commanding officer of the Special Forces Unit(64 Infantry Regiment). He is also known to have a somewhat tough personality, coupled with a very affable demeanor.

I am not of the ego massaging class and therefore it would be highly preposterous of me to extol the prowess of this fine security operative. Nonetheless where one’s conscience agitates for rest, it serves a purpose to call a good man by his name, lest truth and integrity are sacrificed on the altar of political and opportunistic sentiments. The man simply and practically knows the turf.

Indeed, there are very few individuals who can boast as distinguished performance résumé as Lt. Col Agyeman.

Make no mistake. On the front lines of security operations, military and politics, he has led people and spearheaded an array of major initiatives, including national security operation strategy that led to the state recouping millions of cedis being lost to criminal activities.

Lt. Col Agyeman's tenure at the Operation room saw more changes in the operational machanics of our Security architecture more than that of any of his predecessors. He was the principal architect of the reorientation of the operational strategy. He directed the most significant change in national security strategy in recent times, devising a strategy that focused on human security and counterintelligence.

He was the driving force behind the recovery of millions of cedis through the arrest of smuggled goods from Togo, the arrest of fake dollar syndicates, that printed millions of fake currencies in the country, and also responsible for human intelligence, covert operations and counterintelligence. At the time Ghana was labeled as a hub for stolen vehicles, Lt. col Agyeman spearheaded a massive operation to arrest the syndicate involved in such activities and all stollen vehicles handed over to Interpool.

Over the course of these assignments, Lt. Col Agyeman acquired invaluable expertise in the arts of security operations, honed his administrative skills in a series of security coordination and set the standard for executing successful counterintelligence operations.

When Lt. Col Agyeman left the position, the role of the operations director had been substantially enhanced due to his exceptional performance.

A native of Hwediem in the Ashanti Region, Lt. Col Agyeman graduated from Ghana Armed Forces Command and Staff College, where he received Msc in Defence and International Politics.

He is also a graduate of the MIT Seminar(India) Commando and National Security Studies Program.

Prior to becoming the Director of Operations in 2019, Lt. Col Agyeman served on Six United Nation Missions, including the Multi-National Force and Observers in DR Congo, Morroco, South Sudan, Lebanon and Ivory Coast.

Lt. col Agyeman has had multiple command and staff positions in different divisions and Special Forces throughout the last 20 years to include command of the Special Forces Unit.( 64 Infantry Regiment). His operational assignments also includes being head of delegation from Ghana for a meeting of Heads of Security of Special Services, Security Agencies and Law enforcement organizations in Russia in October 2018.

Lt. Col Agyeman was enlisted in the Ghana Armed Forces in 2003 and commissioned in 2005. He is the very first officer to be posted to 64 on commission.