RE: Falsehood By Director Of Achimota Bright Future Academy 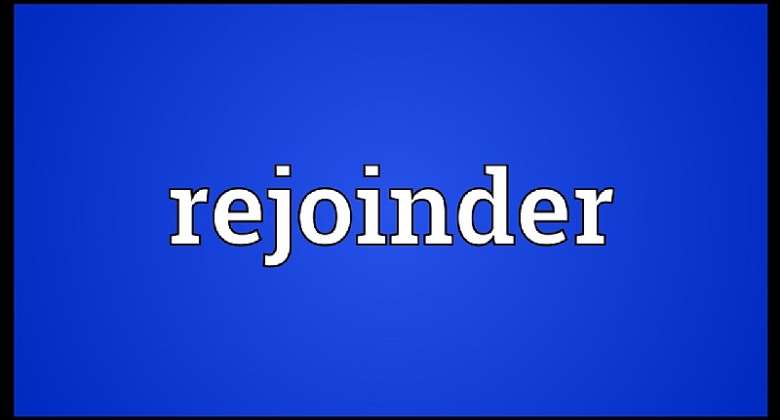 A rejoinder from Achimota Bright Future Academy located at Tabora-Alhaji has come to my attention purporting to give it version about a phone theft by a pupil of the school.

In the rejoinder, my name is copiously referenced as the central character of the issue. This is the reason I am writing to set the record straight in as far as I am concerned about the blatant lies and untruths which were written about me.

First and foremost, I find it rather disingenuous that in replying to a story titled “ACHIMOTA BRIGHT FUTURE ACADEMY TEACHER ARRESTED FOR STEALING MOBILE PHONES” in which the story source is not named, the rejoinder from the school will name me in place under unnamed source so I do not admit I am the source of the story.

However, I acknowledge that the issue has to do with theft of my phones by a beneficiary of benevolence of my family-Millicent Appiah. Millicent Appiah has been living with us since 2015 as a foster child while imposing herself on the generosity of my father who gave her shelter as a way of rescuing her from the life of poverty. She has been thanking the family back with insolence, disrespect and thievery.

The first time she stole from us was in 2016 when she pilfered GHc800. As a consequence of that act, she caused anger in the family and made herself unworthy of the family's benevolence. However, her grandmother and mother would call occasionally to apologize and plead that she should not be sent back. It is sad to say, but since then, Millicent Appiah has not reformed from her bad ways. It is in one of her latest episode of theft that she took three phones which belong to me. To ensure that the theft accusation was not baseless, she has given one of the phones to a barber, Ransford Kofi Ayeh, who lives in our area and also given one to her class teacher, Newlove Aboagye. I have since caused the arrest of the barber who has been self-confessed of abetment that he received one of the phones from Millicent. It was in the vein of the investigating for the phones that evidence led to the teacher, Newlove Aboagye.

It is important to note that in respect of the complicity of officials of the school and the theft of the phones, I have had occasioned in the past to confront the Director of Achimota Bright Future Academy, Bismark Awadzi also known as Bismark Gagan over the suspicion that he was allegedly having amorous affairs with Millicent.

It is interesting that this same Director is the source of the rejoinder which claims that I have burnt the belongings and stationery of Millicent. For me, his claims are unfounded because Millicent even confessed in front of the police that I never burnt her belongings or stationery, adding that she didn't say such a thing to the Director of the school, Bismark Awadzi. Also for him to also claim in his rejoinder that Millicent is 16 years is very telling, given that the age her parents gave us with evidence is 19 years (4th December, 2002).

The rejoinder also claims that I follow Millicent to the school to force her to come home and do chores and that I am trying to eject her from the house without evidence. Even though this is not the case, Bismark Gagan’s interest and sense of Millicent domestic affairs which smacks of something sinister because if even it is true that Millicent is facing domestic difficulties that she has told the Director of the school about, the right thing for the Director to do was to consult the family or crosscheck with the family. How could he jump to conclusion that whatever domestic difficulties Millicent claims to be facing were true when he had not confirmed from the family?

Now, this claim is all untrue and it flies in face of common sense for anybody to say I have burnt books of Millicent when I was the one who sought admission for her at the school and I and my sister are the ones who have been buying her textbooks.

In any case, I have dared the school to go to court if the theft case I have lodged with the police command against Millicent in which the teacher, Newlove Aboagye of the school is a suspect of abetment to commit crime is baseless. The shameless Director of the school, Bismark Awadzi aka Bismark Gagan has his phone records and I am sure he can still access my WhatsApp message to him to go to court if he thinks he has a cause. I am still open to having a day in court with him and the school if they are up to it. But as regards the substantive case of the theft of my phones, I am not backing down until they buy me my mobile phones or I take further legal steps about this criminal matter.

Finally, I will petition the National Identification Authority (NIA) to probe into the information given by the Director of Achimota Bright Future Academy to NIA officials who were in the school to register pupils.