Which Is True; Find Out Yourself!! 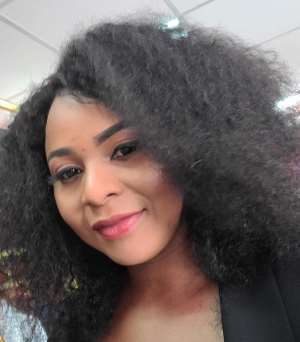 “People are not worthy anymore my generation , see, instead of living their own personal lives, they rather want to live their lives through you. Like you have become an object they can breathe through; deciding what and not you must do.

Try to ignore them or stop the good you are doing to them, they won’t even look for you or check on you, annoyingly they will go saying stuff about you which are not even true, but I careless” ...and that’s my inner Maewnam.This twenty-first century generation when it comes to gossip, lies, one sided truths and rumors, are very much on the same trend as the sixteen forties. They do not like to research about anything; therefore, they accept and believe anything they hear. When we say one sided story, it means a version of a person stating his or her narration of a particular situation, based on their perception.

It could be out of jealousy, competition or trying to let people know they are associated with the person involved. Single stories have the impact of power on our lives in any situation. Who tells the story, how and when? can impact situations greatly. The way we make sense of situations leads to narratives that may be harmful if left unexamined.

Power enables some to define individuals and situations from a particular lens which can have significant negative impact. They can rob people of their dignity, and emphasize how we are different rather than how we are similar.

Can you imagine having someone in your wrong books for no wrong of theirs done to you but because of what you heard about them? Your heart could even skip when you meet them or have a prepared speech for them if they should ever cross you.

Well, these people maybe way different from what you heard and you may be losing a spot to befriend them. As you go about hating them over hearsays, they go about their business and are making it in life.

But why do you backbite others for fame, position or to have a good face? I had this girlfriend who was a bit close to me. I only took her to a surprise party and she met my circle of friends and that was it.

She is a few years older than I am, and how people think sometimes is so weird; how do you think because you are old, the young cannot pass your mark in life? Meeting my people in the industry put her off so much that, she started talking behind my back to other close friends of mine.

I see it as a total case of insecurity because, she is in a different space and I in mine, so if you’ve come to see mine, the only common sense that should get to mind is that, you also have dignitaries I have not met before and that will end any fuss rising in your head.

Then I met this lady through whom I have my new apartment; as part of conversation about the place which she lived there before I did, she said, if I want to be safe in the house then the landlady is the last person I should resort or rely on.

In three days when I moved in, the landlady became my friend. Simply put, I get to know people for myself instead of falsehoods. Today, this lady has it at the back of her mind that I may have spilled whatever there is to my landlady but it is the least on my mind.

Know people for who they are! Research about them, get to know them, don’t stand afar and criticize them like you know them from Adam. Let God be the judge of what you’ve heard and stand the chance of letting love overflow through you.

This has happened on several occasions where people spit lies over a relationship just to be in there or break it up. So, I dated this guy way back and when he was ready to settle down, instead of coming to me, he went through a church elder.

On the human eye, around that time, this elder thought I was good for nothing. This is because I’d grown so lean and my family is the average type. Little did he know I was going through my gracefully broken process.

This is the process where God Himself, calls you for a chat. He breaks you sometimes so hard that, if you had to lose your job to hear Him out, He will. Then He prepares you out of His generosity to the glorious light.

The church elder looking at the situation just told the guy, if he should marry me, my whole family will be dependent on him. Yes, he is happily married but anytime time he sees me now, there is this look of regret and so is my church elder.

I read somewhere, a twenty-eight-year-old meeting this fine gentleman who wanted to marry her after six months of dating. Her mother was ready for her to settle down but her best friend’s advice for her was to let the man go because he is not the right man.

Why? Because they have only dated for six months and she is too YOUNG at that age to get married. I really liked a response of one comment to the post. It read; you allow your best friend to fool you, she will just marry your man even before you know.

People are jealous and hate on you for no reason, it’s up to you to be smart and matured to get past them. Get to know people, don’t be too judgmental after a first-time meeting or anything. Can the story change? Can we allow people to explore? This is where there is a particular trend to things. This is a man or woman; these are their roles. Women are to sit at home, take care of the children and cook.

Even if she is a career woman, she has to allow herself to be seen as soft or weak so to fit in society. A man should twenty-four seven, be seen working endlessly and tirelessly so be accorded a manly status.

Can the one sided of nature or what humans have put in place for a particular thing to be done change for the better?

There is this renowned writer whose mother told her about their new house boy. The mother kept on saying the boy was from a poor home so much that, she was scolded for throwing away her left-over food and had their used clothes sent to the boy’s family.

One day, she visited this poor boy’s home town and was handed a beautifully woven basket by his brother which got her awe-struck. To her, being poor meant, the family could do nothing at all than to just have their mouths opened to be fed.

This was an eye opener for her and more to her surprise was when she went to the States to further her education. In her hostel, her roommate who was white thought she couldn’t use a stove or sing any English songs.

This time, she rather awe-struck another with an album of Mariah Carey. The white roommate depending on what she sees on TV or read online, saw Africans in a different light until she met one.

Why don’t you also try to get to know people? Why don’t you let the gossip or rumor end with you? Why do you keep people’s rumors so much at heart?

Never believe one sided story, they always have some missing pages, neither should you make judgement on stories because people may want to tell you what they want you to hear rather than what you need to hear.

Don’t make any submissions if you don’t fully understand or have more than enough information on what is at hand. A rumor is often misleading, usually hiding the truth and making the belief of the other side being at fault.

If you love to hear one sided story, you have no understanding at all and when you realize you were wrong this whole time for seeing this person in a particular way, you will have to repent because it may have been too late to apologize to the person.

Rumors are currently circulating story or report of uncertain or doubtful truth and they thrive online because few verify what's real and always bias towards content that reinforces their own biases.

In all I’ve learnt is that, one sided story is always dangerous to believe, but if you also know the truth, don’t keep mute. Don’t allow others to burn when you have proof of truth that lies in the rumor.

The biggest liar in the world is ‘they say’ and as rightly as my friend will put it; spreading rumors about others may be better than spreading something better than your legs. It’s ironic. There is a common quote which says rumors are carried by haters, spread by fools and accepted by idiots. Don’t be a hater, you only gain nothing, but to be a fool and an idiot for something you know nothing about; then you are indeed foolish.

I only wield myself with this, whatever you hear about me, please believe it, for I will not have time to come explain myself to you, you can also add some to rumors if you like, I don’t really care.

People are too quick to believe the bad things they hear about good people, I mean how? All along, though appreciating whatever good thing this person is doing, yet, behind their backs you want them to fall or your ears are itching to hear something bad about them. What kind of a person are you?

People think rumors cannot be curtailed but it can; just live people to live their lives by staying away from it. When you hear these rumors, allow them through one ear and let it out through the other.

One thing about a one -sided story is that it has nothing to do with the social life of the person but rather the personal life which no one lived with him for. The life he has tried to build from scratch to get to where he is, is what people fumble around to bring down.

If you are the type that spreads lies, rumors or gossip, just note that you are breaking trust, ending friendships and hurting others. Even if what you are saying is true, whoever confined you, wanted what was said to be in private.

Words hurt so much more than a physical punch, they are hurtful, mean and almost untrue. When gossip gets shared over and over, the story slightly changes each time and with time, it gets exaggerated.

When you hear a rumor, don’t join in, don’t spread the story and please make it stop with you.

Respect others' privacy and be a peacemaker. You are not doing this because it is right.

But because you will not be okay if other people hear them, or it will not be useful for someone to know or better still, what will be your accomplishment if you let it out? How about you telling what you’ve heard to the person’s face?

Don’t base on a one-sided story to categorize others under the same umbrella or feel superior, revenge, seek attention or feel being part of a group. At its core, this talk encourages us to recognize how much stories matter. And that, by giving space to hear a multitude of stories, we can help to empower and humanize others.