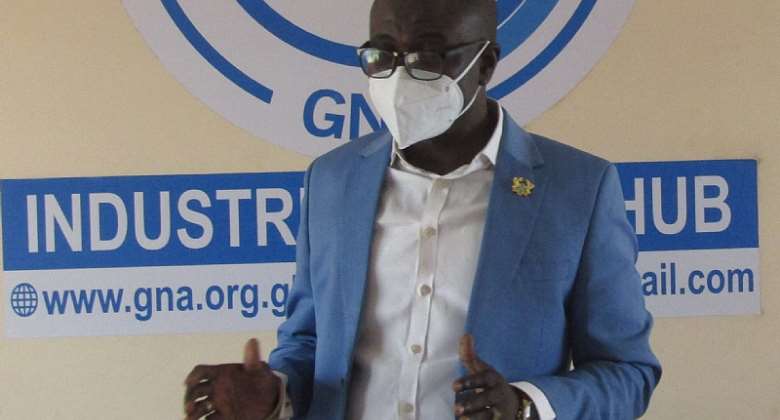 Police criminal investigations are a gradual process, which, involves multifaceted activities depending on the nature of the case, elements involved in the criminality, and the duration may defer from case to case.

Criminal Investigations go through various stages and formats depending on what was involved in committing the crime which sometimes includes but is not limited – to suspect and victim identification, profiling, availability of witnesses, constant research, and examination, Superintendent Kwabena Otuo Acheampong, Tema Regional Police Crime Officer has said.

Supt. Otuo Acheampong who was speaking at "Stakeholder Engagement and Workers Appreciation Day,” seminar organized by the Ghana News Agency Tema Regional Office which is a platform rolled out for state and non-state actors to address national issues called for collaborative security enforcement.

The event also served as a motivational mechanism to recognize the editorial contribution of reporters toward national development in general and the growth and promotion of the Tema GNA as the industrial news hub and monitored by the Communication for Development and Advocacy Consult (CDA Consult) in Tema.

The Tema Regional Police Crime Officer who spoke on the topic: “The state of Security in Tema and the role of stakeholders in combating crimes,” said the Director-General, Criminal Investigation Department (CID) of the Ghana Police is in charge of all criminal matters and works through various units.

He explained that the Homicide Unit investigates a murder and its related offences and the Property Fraud is responsible for investigating cases involving land and immovable properties.

He said the Intelligence Unit is responsible for gathering intelligence, conducting surveillance, vetting public and private individuals applying for jobs, child adoption and importation of firearms and explosions.

The Legal and Prosecutions undertakes all prosecutions, officers in this Unit prosecute cases on behalf of the Attorney General at the lower courts. They also guide investigators in gathering pieces of evidence legally accepted for successful prosecution.

“The Anti-Armed Robbery which is a specialized Unit for investigating an armed robbery and its related cases, while the Crime Scene Management: Responsible for processing crime scenes for evidential purposes.

“Documentation and Visa Fraud: Duties of officers in this unit include investigating documents suspected to have been forged and visa fraud cases.

He said all these processes contribute to a successful criminal investigation,” he stated.

Supt. Otuo Acheampong even though sympathized with victims of robbery, rape, and other forms of criminal activities but stressed that sometimes investigation may take more time due to the nature of the crime and urged the public to exercise patience during investigations stating that, their complaints would be resolved.

Supt. Otuo Acheampong called for public support for the prevention, protection, apprehension, and prosecution of perpetrators of crime in the country.

Speaker Bagbin calls on Israeli counterpart in Jerusalem
38 minutes ago