Our new digital street names: Let’s do it right. 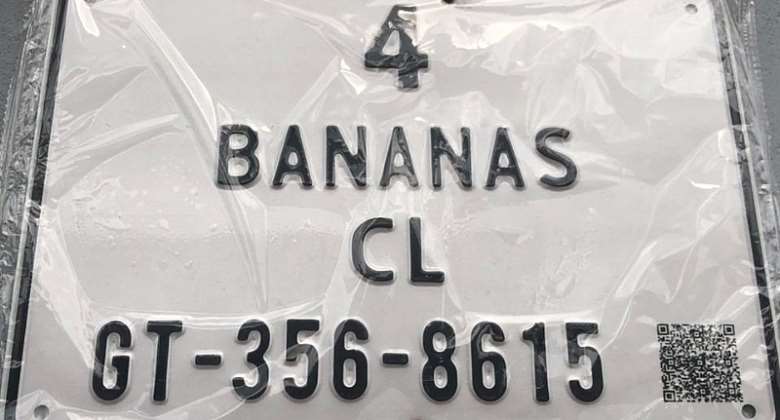 Introduction
Digitalization has now found a permanent home in Ghana. At the last check, all roads, streets, houses, kiosks, halls and chambers were all going to be given addresses. How was that going to be done, considering the fact that in parts of our country, especially in the so-called cities, someone’s kitchen may very well be the passageway to another’s bed room? The solution was simple: we were going digital. Great stuff. Not a bad idea at all.

The stated economic benefits
Arguably, the best reason put forward to encourage the national addressing system was the economic benefits citizens, and Governments, were certain to enjoy. The argument was made, and with much force, that with each person having an address where they could be located, banks and financial institutions will be more than excited to give loans to peeled-orange sellers and roasted groundnut vendors who could show proof of their addresses, that is, digital addresses. Their tables by the road side, and mostly obstructing pedestrians, were to be given digital addresses. Great innovative stuff. Once they got the gleaming silver plate fixed on the side of their table-top enterprise, mango tree or kiosk in the middle of the night by some unknown persons, they became full-fledged citizens (of course, with their equally sparkling Ghana card). And most importantly, government will reach them to collect its taxes, e-wise or otherwise. Fair deal.

The fact is that, our perennial porous address system had been the subject of many articles and theses. So, not much could be said against the new drive to properly address the address system (pun intended, with relish). The initial digital address plates with addresses generated by Ghana Post GPS came without any street names, whether the streets were already named or not.

New street names: By whom and how were they created?

In time, new address plates started surfacing but this time, with street names. It is a refreshing sight to see street names on neat address plates gleaming in the sun and adorning the giant and mighty front walls of the newly-minted rich and famous in Accra. But a close reading of the names give off strange vibes. For one thing, the names are mostly different from the already existing names of the streets. So, for instance, if a street was previously known as ‘A Street’ and there is a sign to that effect on the street, and the homeowners have neatly written it on their walls, the new digital address will come with its own street name, for example, ‘Bosc Street.’ For another thing, most of the names are meaningless, unintelligible and have no bearing at all with our identity as a proud people with diverse rich cultural, historical and geographical heritage.

These days, it is very common to see a street with a beautiful sign post displaying the street name. But the house address plates display a different street name. That will not be much of a problem if the new names reflected our history, culture and other attributes. Most of the new street names, sadly, appear generic and have no links to us. Some of those street names include the exotic but meaningless: ‘Spindle,’ ‘Gingerale,’ ‘Hawthorne,’ ‘Agate,’ etc. There are also the colonialism-is-dead-but-ruling-us-from-the-grave types such as ‘London,’ ‘Liverpool,’ ‘Manchester,’ ‘London House’ etc. We also see the brainless types such as ‘Banana St.,’ ‘Apple St.,’ ’Ant St.,’ ‘Berry St.,’ ‘Oat St.,’ etc. Most of us have seen different variations of these names in our neighbourhoods and cities.

As stated earlier, the new street names we see around now have no bearing with our identity as a people. What we need to see as our street names are our local festivals, rivers, towns, historical legends (males and females), past traditional rulers, names of African countries and their capital cities, former Ghanaian and African Heads of States and other information of historical and touristic significance as part of our identity projected through our street naming strategy. Those we had in the past are now being quietly replaced with generic names on digital address plates. By law, the various Metropolitan, Municipal and District Assemblies are responsible for naming our roads and streets. It is recommended that the Assemblies must take a keen interest in how this is done to ensure that it boosts our tourism potential. Considering the great shot in the arm tourism has received after the ‘Year of Return’ celebrations, it will be very refreshing for tourists arriving in our beautiful country to learn about us even from our street and road names, and not to be confronted with meaningless names at each cross and turn.

Conclusion
The introduction of the digital address system has improved our national life by making the location of persons and businesses much easier. But we must make a conscious effort to ensure that our streets and roads are named in ways that reflect and promote our socio-politico-cultural, historical and Pan-African identity. We must not just make do with any kind of names at all just because that is what a digital service vendor might be selling to us.

Going to the IMF with Ken Ofori-Atta leading will yield no r...
57 minutes ago