The Celebration of Easter 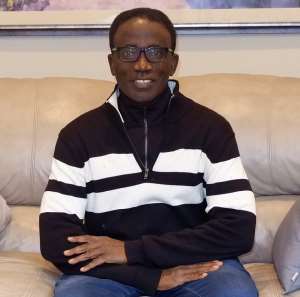 Most Christians believe that Jesus Christ resurrected from the underworld on Easter Sunday.

However, many religious scholars believe the biblical accounts on the crucifixion and resurrection of Jesus are historicized myths.

Ancient Babylonians and Sumerians had worshiped the planet Venus as their Goddess of the skies/heavens.

Ishtar celebrations were held on the first Sunday following the full moon after the spring equinox.

It was this festival that the council of Nicaea adopted in 325 C.E and celebrated as the day of Jesus’ resurrection.

INANNA’S DESCENT TO THE UNDERWORLD.

Inanna was the Sumerian goddess of the skies. The Akkadian/Babylonians called her Ishtar.

Inanna was the personification of the planet Venus.

Inanna was not on good terms with her sister Ereshkigal, the queen of the underworld.

Inanna decided to descend from the skies and go to the underworld to observe the funeral of her sister’s late husband, Gugalanna.

Inanna knew the journey would not be easy and she would most likely be killed by her sister, Ereshkigel, the goddess of the underworld.

Inanna, as a precaution, instructed her assistant, Ninshubur to seek help from her father-God, Enki if she did not return from the underworld within three days.

In the underworld, Inanna was arrested by Ereshkigal’s soldiers. Ereshkigal caused Inanna to be stripped naked and bowed low before her as ordinary citizens did.

Ereshkigal’s soldiers tortured and killed Inanna, and hanged her body on a stake.

After waiting for 3 days and with no assurance that Inanna could return, Ninshubur sought the assistance of the god, Enki.

Enki created two Galla (asexual) mourners, who flew past security checks in the underworld, without being detected.

The Galla carried with them food and life-resuscitation fluids.

The Galla then pleaded with Ereshkigal to hand over Inanna’s body to them.

Inanna's body was handed to the Galla on condition that Inanna's replacement must be brought back to the underworld.

The Galla resurrected Inanna from the dead, with the food and life-resuscitation fluids.

Inanna's husband Dumuzi, who was happy that Inanna had been killed by Ereshkigal, was selected by Inanna as her replacement.

Dumuzi’s sister Geshtinanna, volunteered to rotate with her brother in the underworld on six-monthly basis. That deal was supervised by Utu, the Sumerian Sun-God.

THE SIGNIFICANCE OF INANNA’S DESCENT

(The significance of descending from heavens into the underworld and ascending back to the heavens).

The planet Venus is slightly smaller than the earth in terms of diameter (0.86:1), and it rotates on its axis from west to east.

The earth rotates on its axis from east to west.

Venus in ancient mythology, represents the bringing of spirit into matter.

The planet Venus, (personified as Inanna by Sumerians, and Ishtar by Assyrians) disappears as an evening star from the eastern skies to beneath the horizon (spends sometime in the underworld), and rises as the morning star in the western skies.

This is the mythic template that the story of the crucifixion and resurrection of Jesus follows. The Inanna’s descent from the great above to the great below.

(The Babylonian version of the myth is known as the Descent of Ishtar).

The story of Inanna’s descent, were well-documented in cuneiform writings, several thousands of years before the Old and New Testaments were written.

As you may know, the New Testament is the continuation of the stories told in the Hebrew scriptures.

Jesus, the son of Joseph and Mary, was a historical figure, who most likely, lived in Judea around 4 B.C.E to 30 C.E.

Assuming Jesus had been crucified in 30 C.E., it took 30-40 years after his death, for writers to generate the four Gospels.

All the event-narratives about Jesus in the New Testament, were based on existing stories in the Hebrew scriptures, and antiquities.

Similarly, all the Christian festivities were adopted from pre-existing non-Christian (pagan) festivals

The Gospel-narratives, compiled in the New Testament, were not new; they were rebranded stories from the past.

Jesus was made the fulfillment of the prophesies foretold in the books of the Old Testament.

Constantine a son of Flavius Constantius became a Roman Emperor in 306 C.E.

Constantine made Christianity an official religion in the Roman Empire.

Constantine wanted his soldiers, and Romans in general, to become Christians.

To facilitate their transition from pagan practices into Christianity, the existing pagan customs were Christianized and adopted by the Roman church.

In 325 A.D, Constantine sponsored a meeting of Christian Bishops in Nicaea (now Iznik, Turkey) to streamline the Christian church-doctrines.

It was at this meeting that the pagan feast of Ishtar was adopted, Christianized and decreed as the day of the resurrection of Jesus, from the underworld.

Easter is therefore, observed on the first Sunday that follows the first full moon after the spring equinox. So, Easter may be celebrated on any Sunday after March 21 and latest, by April 25.

Anglo-Saxons honored Eostre/Eastre, (their goddess of fertility and springtime) with festive celebrations in early spring.

When Christianity reached England, English Christians adopted and Christianized the Eostre festivities as the resurrection of Christ.

Easter celebration therefore, differs from the actual day Jesus “rose” from the dead.